Now that the acrobat siblings are back on solid ground, Nik and Lijana Wallenda relived the death-defying stunt and praised each other for “overcoming their greatest fears.”

The pair joined “Good Morning America” hours after the epic event, and Lijana Wallenda, who was back on the high-wire for the first time after an accident in 2017, said it felt like “home.” 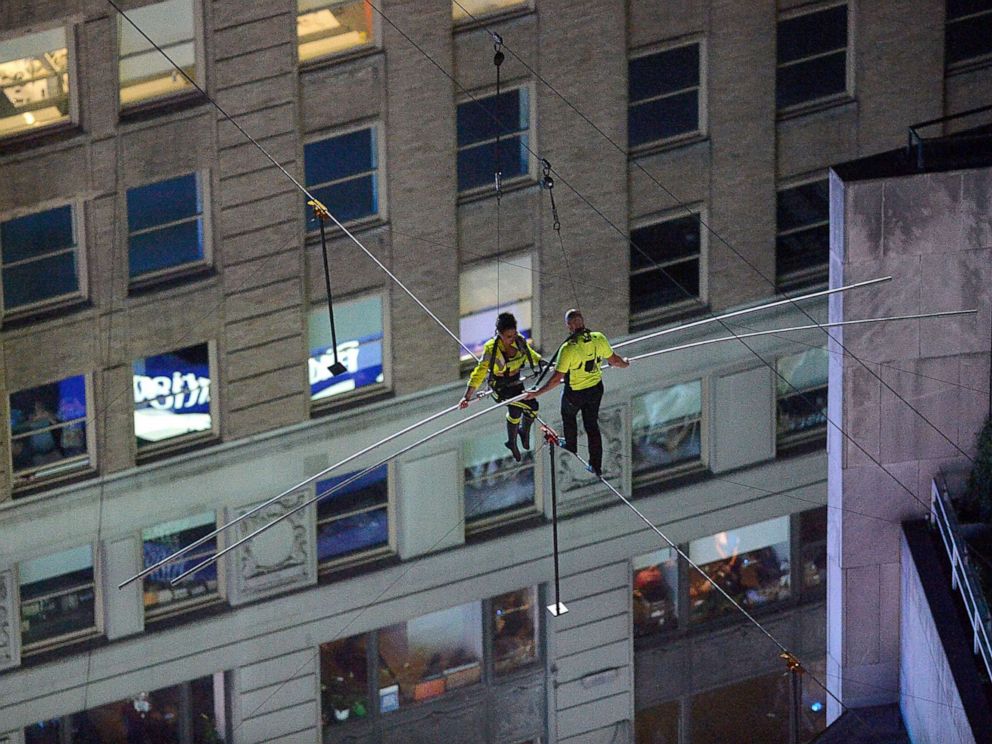 “I’d say about the first 20 feet I was a little shaky in the legs,” she admitted. “But then it really becomes home, I remember this is what I love. This is what I’ve done my whole life and it truly becomes home. It’s sort of peaceful.”

“Of course you get butterflies and [feel] a little sick in the stomach. But then I remember all the training and how hard I worked and you have to fall back on that,” she explained of the initial steps. “I knew my ability. I knew I could do it.” 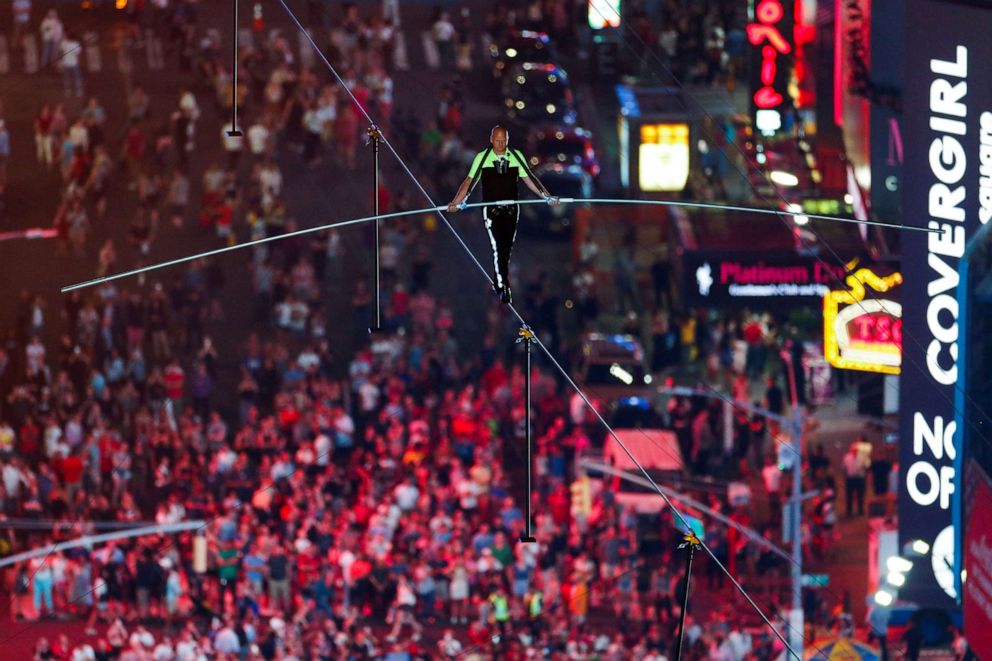 The duo, who come from a multi-generation family of wire walkers, successfully became the first people to ever walk across a wire 25 stories (more than 1,200 feet) in the air above Times Square.

Nik Wallenda started ahead of his sister at 2 Times Square and said she was the central focus leading up to his first steps.

“I was more concerned for Lijana,” he said. “I went up the evening before and realized that it wasn’t going to be as easy as I thought, so not only thinking about myself, but what the guys needed to do in coaching them on how to grab [Lijana] when she needed to get off.”

When it came time for the siblings to cross paths on the narrow line high above the New York City crowd, Nik Wallenda said he had to start a dialogue with his sister when his balancing pole “started to slide down.” 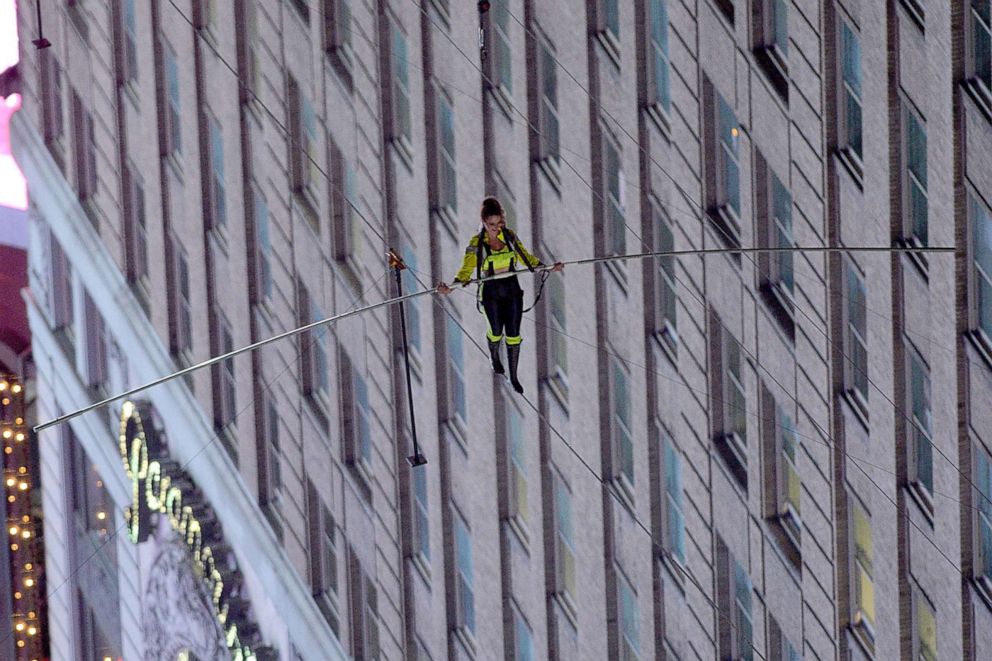 “I lost my grip of it for a second and that’s why she said, ‘Are you OK Nik?’ Because she saw me starting to teeter and it freaked me out for a second,” he admitted. “Then I was able to hook her back in — I was worried about her standing back up, of course.”

Lijana Wallenda said she felt like this stunt helped her “conquer” the tragic 2017 fall from an eight-person pyramid that left her with severe face injuries requiring reconstructive surgery.

“I feel like I conquered it,” she said, adding that she didn’t let the accident “consume” her. “I could’ve taken that fear from falling and never walked again. But I wouldn’t let that fear conquer me.” 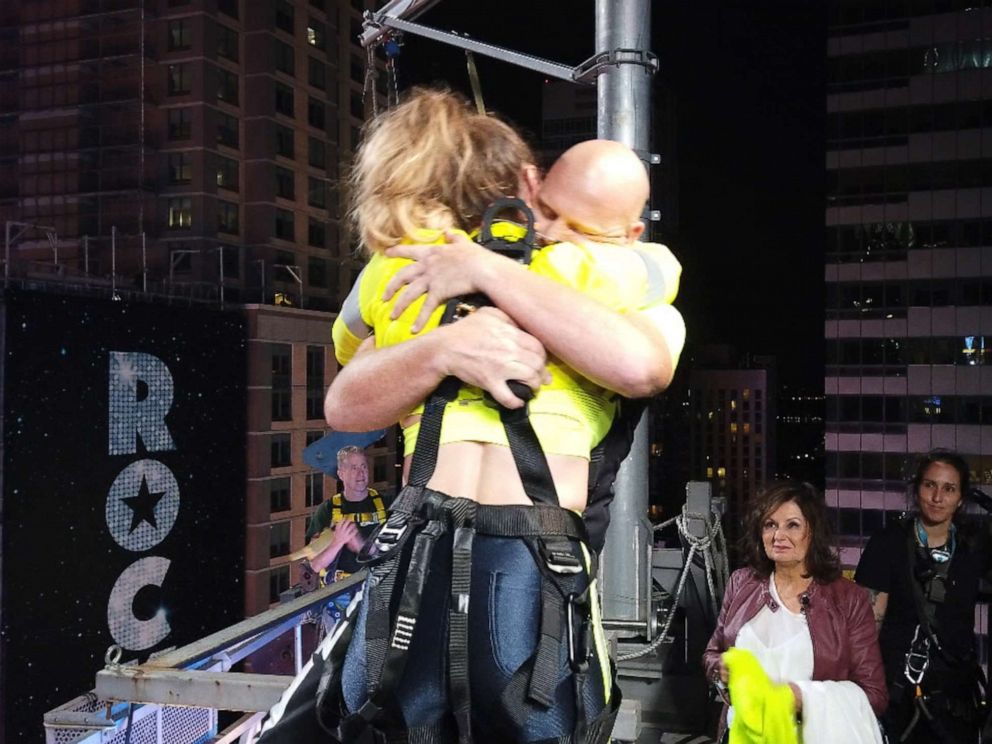 Her brother said the walk was “all about” sending a message to people about overcoming fears.

“Hopefully encouraging and inspiring others to overcome their greatest fears. I think that our society is gripped by fear and we’re held back from our greatest achievements because of that fear,” he explained. “I think that Lijana’s living proof that anyone can step outside of their comfort zone and overcome anything, any challenges they might face.”

He added that when he got down to the street before his sister was finished, he paused, captivated by her accomplishment.

“Just to look up at her walking it was mesmerizing to me just to see her up there after everything that she’s overcome — I just wanted to take it in — then I hauled butt and got up there as quick as I could so I was waiting for her when she arrived,” Nik Wallenda said.

Then when they finally met up at the end and hugged, he added, “I get goosebumps thinking about it.”

“It was amazing,” she said about seeing her brother waiting on the other side. “It just felt triumphant like we didn’t let this horrible thing that happened to us rule our future.”

When asked if he has any other stunts on the horizon, Wallenda said, “I have found my active volcano, and that’s what I’ll be doing next.”