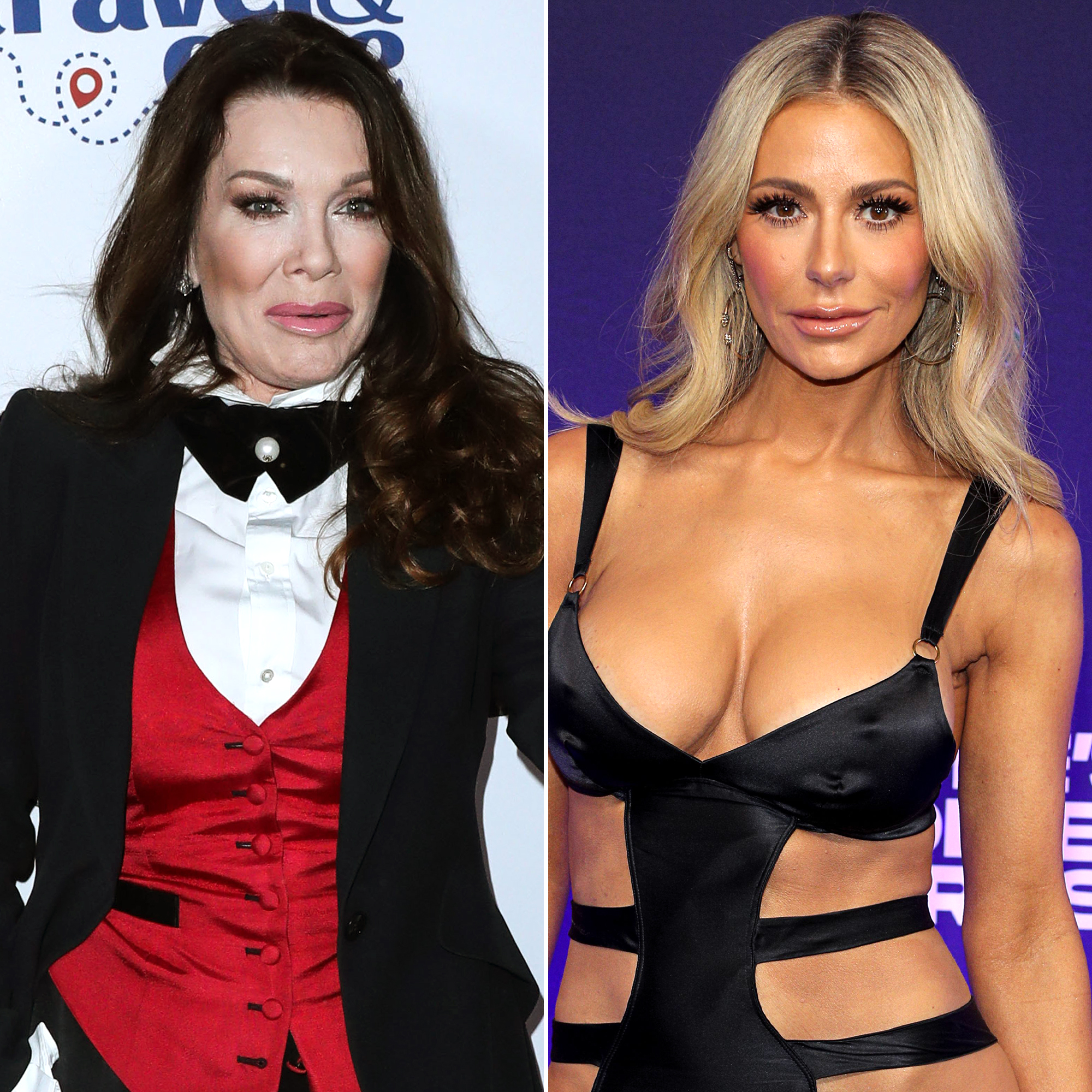 Two sides to the story? After Dorit Kemsley alleged that she never heard from former Real Housewives of Beverly Hills star Lisa Vanderpump after her home was burglarized, the England native defended her character.

“Setting record straight… Of course I reached out to PK,” Vanderpump, 61, tweeted on Saturday, May 14, referring to the current RHOBH’s star’s husband, Paul “PK” Kemsley. “And yes … after [the] accident not a word … from any of them … but that’s OK, I had pillars of support.”

The Vanderpump Rules personality — who was an OG Housewife on RHOBH until her 2019 exit — came armed with receipts, sharing an alleged text message exchange with the 54-year-old businessman.

Biggest ‘Real Housewives’ Feuds Ever — And Where the Relationships Stand Today

“I’m so sorry to hear what transpired,” Vanderpump allegedly texted PK. “Glad that you’re all safe.”

The 45-year-old reality TV star, for her part, made headlines during a Wednesday, May 11, appearance on Watch What Happens Live with Andy Cohen when she alleged that she had not heard “a word” from the SUR restauranteur in the wake of the incident.

Us Weekly confirmed in October 2021 that three men broke into Dorit’s Encino, California, home while she and her two children — son Jagger, 8, and daughter Phoenix, 6 — were sleeping. PK was out of town in London at the time.

“I was in bed and all the lights were off. The kids and I had just flown in from London and we were all jet-lagged,” the Connecticut native recalled to Andy Cohen on Wednesday. “When I heard [my door] unlock, it’s a sound I hear every night, Andy. So, I just thought, ‘OK, it’s [my kids coming into my room].’ [The intruders] didn’t expect me to be home. I had to tell them, ‘Take it all. I don’t care about any of [my material possessions]. Just don’t hurt my babies.”

According to a statement from the Los Angeles Police Department at the time, the suspects took an assortment of Dorit’s handbags, jewelry and watches with “significant monetary loss” before fleeing the scene in a black truck. The incident was later recapped on the season 12 premiere of the Bravo series, which aired on Wednesday, but her young children remained unaware of what transpired.

Former ‘Real Housewives of Beverly Hills’ Stars: Where Are They Now?

“Had there been any other outcome, you know, where my children had woken up and seen [what happened] — God forbid — it would’ve probably been different and I wouldn’t have gone back into filming,” the fashion designer exclusively told Us in January. “They didn’t know anything. So, I decided, you know, this is what I need to do and it’s gonna help me. Rather than just stay home and wallow in this. I wanna keep life as normal as possible. I wanted to, you know, continue my commitment to the show.”

While Dorit has not addressed the Overserved alum’s Saturday claims, the twosome have a storied history ahead of Vanderpump’s RHOBH exit. The Dancing With the Stars alum was accused of leaking a story to the press in 2018 that Dorit rescued her pup from Vanderpump Dogs.

“I left [the show] because I was very, very, very unhappy and I didn’t appreciate being called a liar,” Vanderpump exclusively told Us in March 2021. “To accuse me of selling a story, when you never get stories come out of my restaurants, you know, so it was such an insult to me. It was about my heart, it was about the Vanderpump Dog Foundation, which was something that was born out of complete compassion and my passion project. I just thought, ‘I’m done with it.’”