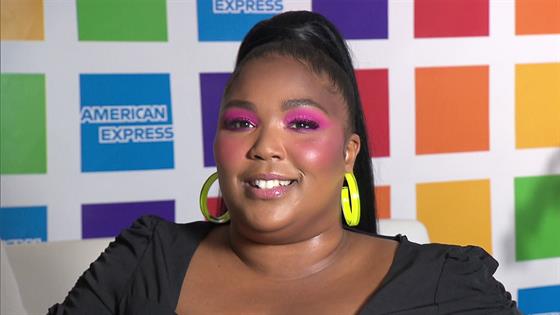 Like most people, the singer is a huge fan of the Fenty designer. So when Lizzo saw that Ri-Ri gave her a standing ovation for her outstanding performance of “Truth Hurts” at the 2019 BET Awards, she was more than a bit excited. She tells E! News exclusively, “Rihanna is incredible, it’s like I’ve always wanted to be friends with Rihanna. Like, who don’t want to be friends with Rihanna?”

However, it may come as a surprise that Lizzo was glad she didn’t actually see the “Work” singer in the audience while she was performing because she “would’ve been a little bit more nervous” than she already was. In fact, the musician says she assumed that Rihanna would’ve missed the performance or gone to the bathroom to “take a pee pee” while she was onstage.

And who can blame the star for getting nervous in the presence of one of the most famous celebrities?

Plus, Lizzo says, “She the only person that I be like, ‘I’m intimidated by you,’ you know what I’m saying?” And, to be honest, most people would probably feel the same. After all, Rihanna is a world famous musician, designer and makeup mogul.

The performer also jokes, “Like no one else in that audience, I imagine them all in their underwear but it’s like Rihanna, I was imagining her naked.”