Should TWO-year-olds have to wear face masks? Fierce debate breaks out on Loose Women as Kéllé Bryan claims it’s good to ‘get used to it’ from a young age – but Carol McGiffin brands idea ‘disturbing and inherently cruel’

A tense debate broke out during today’s episode of Loose Women, when panelists Carol McGiffin and Kéllé Bryan strongly disagreed over whether children as young as two should wear masks.

The panel was discussing the topic following news that children New York will soon have to wear masks at state-regulated daycare facilities.

Mother-of-two Kéllé revealed that she was pro-children wearing masks, saying that while it isn’t mandatory at her children’s school, they do wear them on public transport, and in restaurants.

‘They’ve become more comfortable with them since the pandemic,’ she said of her two chidlren Kayori Rose Gudgeon, seven, and son Regan, nine.

However, the idea didn’t go down well with Carol, who said she finds it ‘disturbing’ and ‘inherently cruel’ to make young children wear masks. 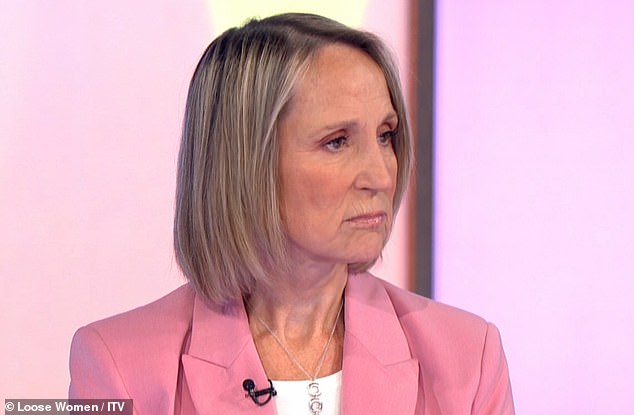 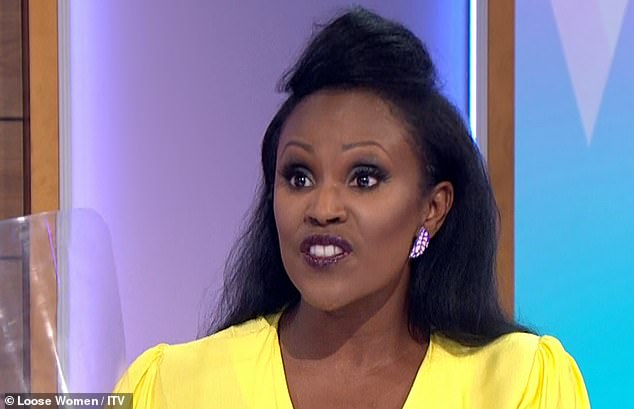 Her co-host Kéllé Bryan, who has two children, said that the world is different now – and children should get used to wearing masks while they are small 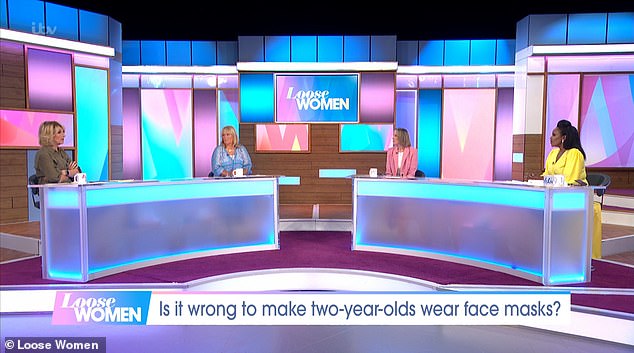 The Loose Women panel discussed the contentious topic of whether children should wear masks, with the debate becoming quite heated

Kelle pointed out that she’s used to wearing a mask because she has the autoimmune condition cerebral lupus.

‘Before the pandemic, I had to wear a mask anyway, so in my household, within my family unit…we’re very used to it.’

The Eternal star added that she didn’t know if it should be mandatory, saying: ‘I get the fact that children can learn very quickly in schools.

‘They don’t want to put their shoes on, they kick them off in the buggy, don’t want to brush their teeth, but you have to teach them to do different things,’ she said.

‘I think if you’re learning that from a young age, that putting a mask keeps you and others around you safe…they’re just going to get used to it.’

However, her co-host Carol had very strong opposing views, saying: ‘Obviously I’m against it, I’m not a mask fan, as most people already know,’ she said.

‘But I think to impose them on young children…no one really knows what damage this will cause in the future because children need to see faces.

‘The minute they come out of the womb, they look at people’s faces, they smile at people, they’re always looking at people, they need that, it’s human. It’s interaction.

‘The other thing is about kids wearing masks in schools, I know everyone’s so germ-phobic with what’s going on, but kids need germs.

‘That’s how they build up their immune system and to force them to wear masks… I find it really quite disturbing actually.

However, Kéllé disagreed, saying: ‘Isn’t that why it’s good to get them used to it at a young age…unfortunately now we’re living in different times

The debate continued on Twitter, where people held strongly opposing views, many of whom agreed with Carol that small children should not have to wear masks. 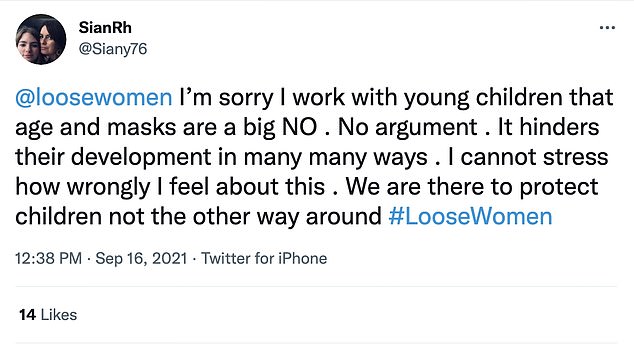 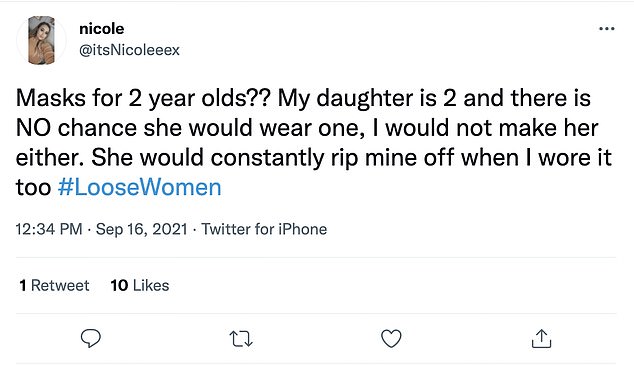 Another added: ‘Masks for 2 year olds?? My daughter is 2 and there is NO chance she would wear one, I would not make her either. She would constantly rip mine off when I wore it too.’

A third wrote: ‘No no no to 2yr olds wearing masks. so wrong on many levels. Adults have enough problems trying to hear muffled voices.

‘Children are still learning. It will effect their speech.’ 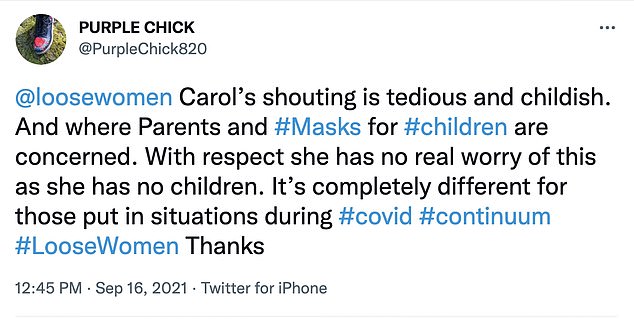 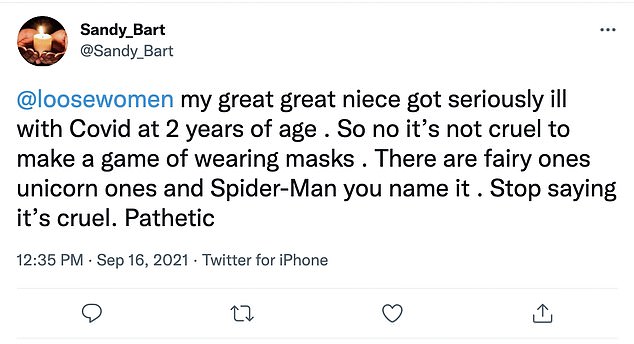 However, some social media users agreed with Kéllé that children should wear masks.

One wrote: ‘I agree with Kelle on Loose Women reference the benefit of masks and visors. If you teach a child to wear a mask or visor at an early age most will accept it to protect the immunosuppressed like chemotherapy patients. Be kind.’

Another added: ‘Carol’s shouting is tedious and childish. And where Parents and #Masks for #children are concerned. With respect she has no real worry of this as she has no children. It’s completely different for those put in situations during #covid.’