Mark Wahlberg and Rhea Durham’s youngest child is a teenager!

“That’s a wrap on your 1st ever day of being 13,” Durham, 44, wrote via Instagram of her “sweet, hilarious, kind and slightly horse-obsessed girl!”

In the social media upload, Grace smiled in a star-patterned sweater while surrounded by friends at a restaurant.

The birthday bash featured a horse cake as well as a second chocolate dessert. 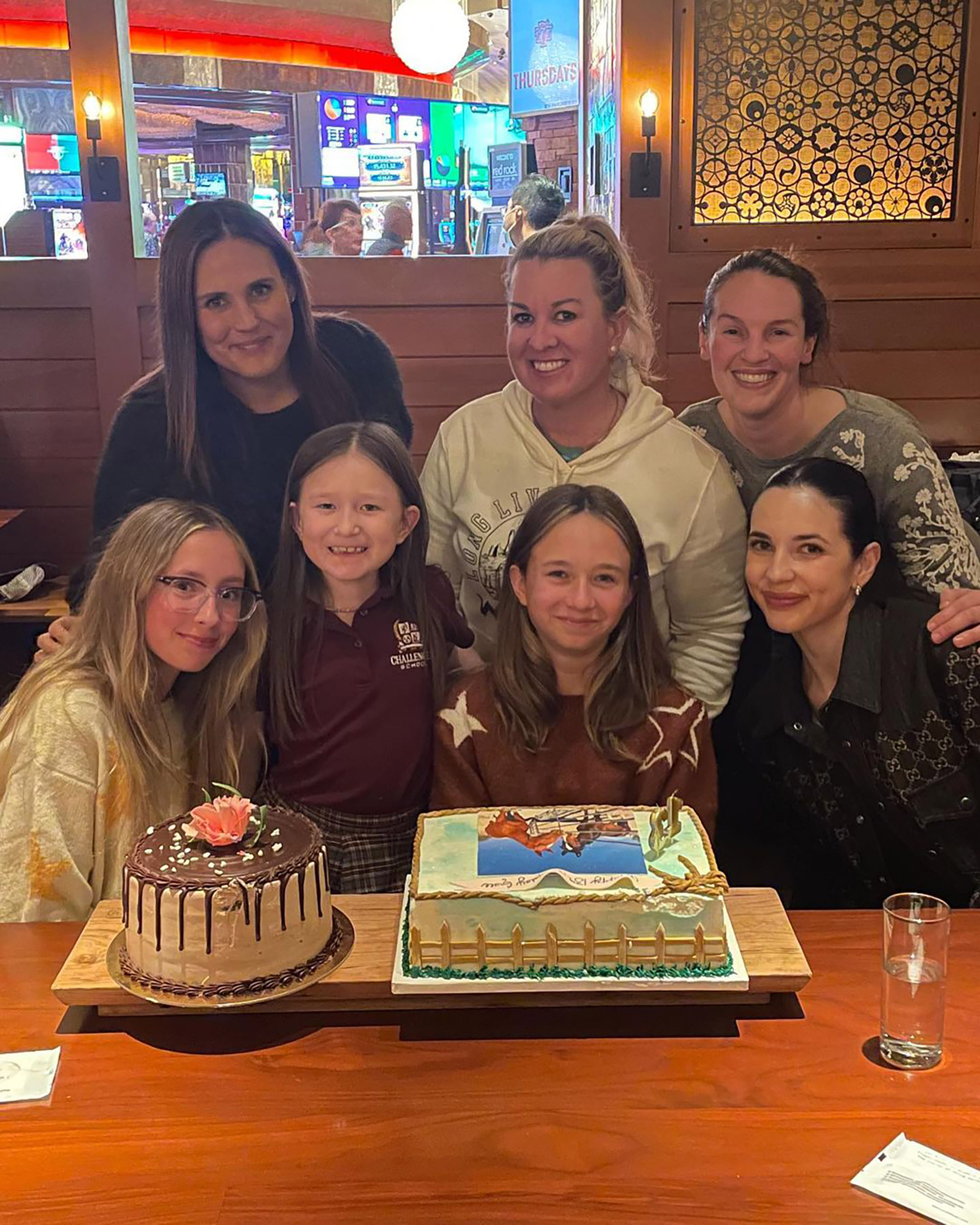 While Wahlberg, 51, has yet to publicly wish Grace a happy birthday, Durham posted another touching tribute that same day.

“1️⃣3️⃣ WHAT?!?!?” the model wrote alongside throwback photos. “I love you more than words can describe. Happy Birthday my little lady 🥳🤩🌠🎈💘.” 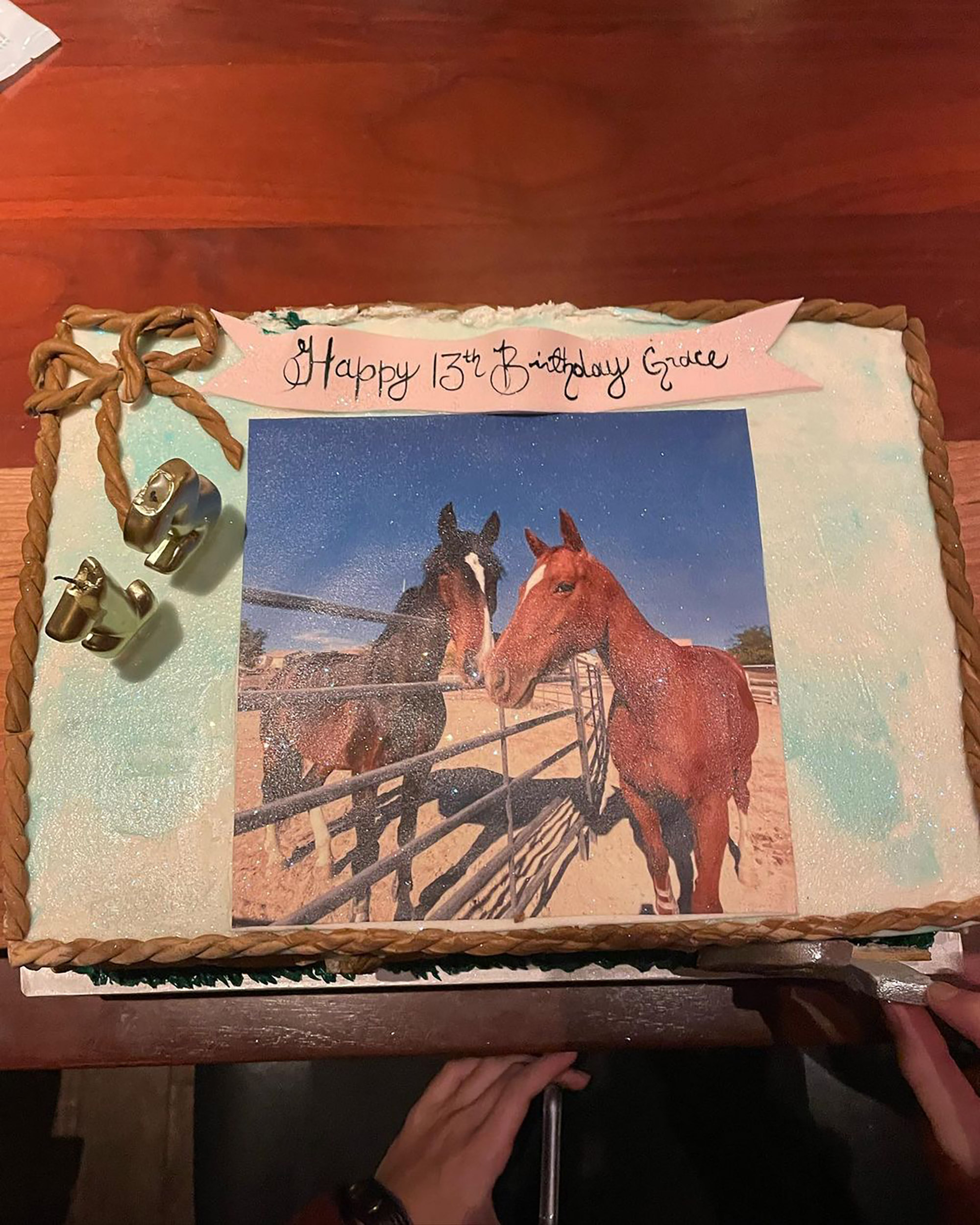 While the family of five live in Nevada, Ella is currently in South Carolina attending Clemson University. 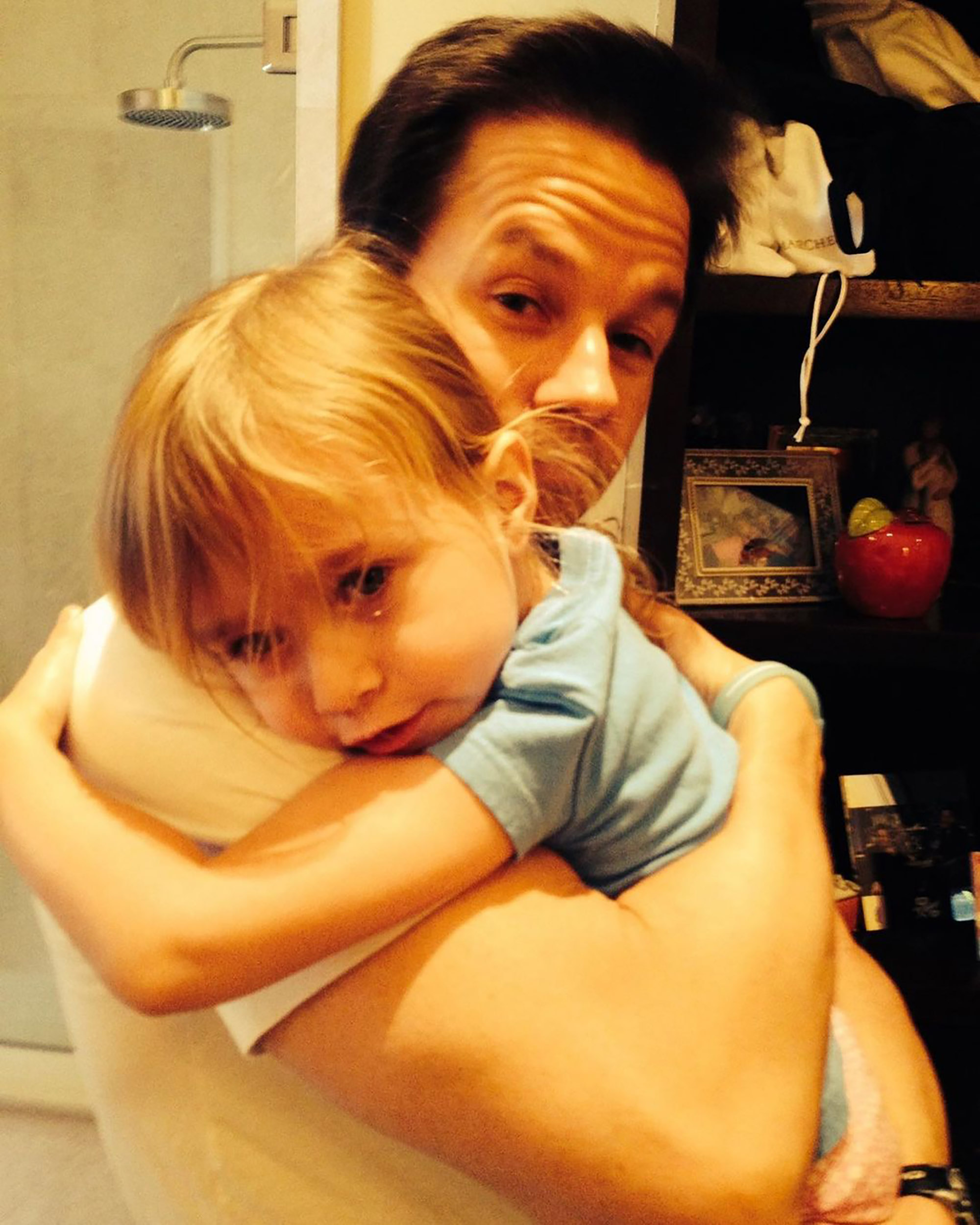 Durham snapped a selfie on a private plane on Monday after leaving her eldest child at college for the first time.

“On my way home from my first college drop off,” she told her Instagram followers. “The emotions are running wild. 😞🥹😊😵‍💫.” 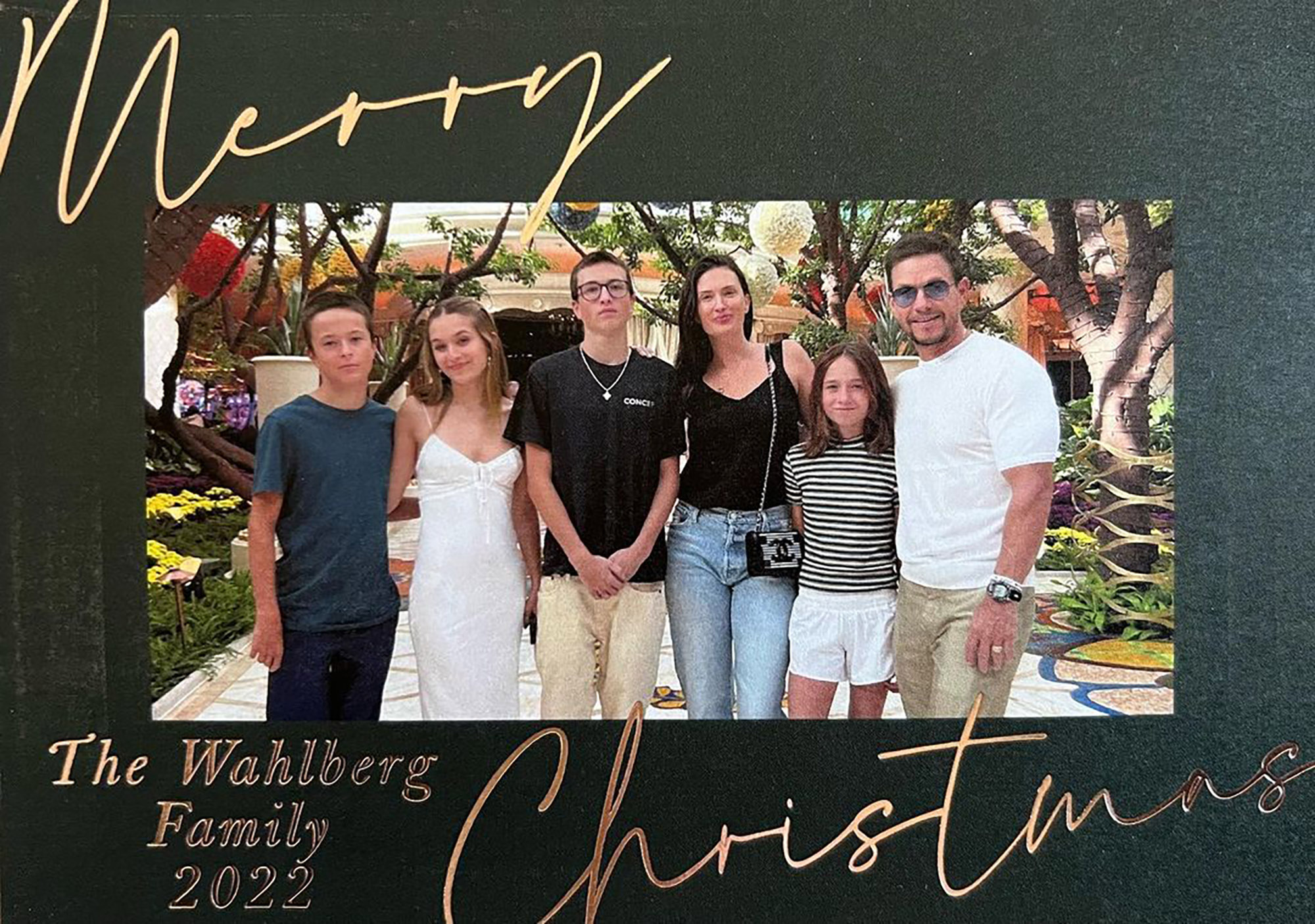 “She’s going to graduate [high school] mid-year, and then we’re going on tour,” the “Father Stu” star explained during the August 2022 “Live with Kelly and Ryan” appearance.

“We’re going to go to all these places,” he continued. “We’re literally going from one school to the other.”