Victoria was once seen as the jewel in the Liberal crown, the home state of Sir Robert Menzies, Malcolm Fraser, Andrew Peacock, Sir Henry Bolte and Sir Rupert Hamer.

There is now a well-established view among non-Victorian Liberals that the state is a leftist enclave. 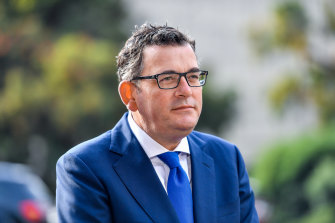 At the last federal election, for example, the Coalition won just 15 out of 38 Victorian seats (with 47 per cent of the two-party-preferred vote), compared to 23 out of 30 Queensland seats and 11 out of 16 Western Australian seats.

And since the 1982 state election, when Labor’s John Cain ousted Hamer, the Coalition has enjoyed a mere 11 years of government, including seven under Jeff Kennett and four under Ted Baillieu and Denis Napthine.

Chuck in the idea that Labor has a 10-seat buffer in the State Parliament, controlling 55 out of 88 lower house votes, and you begin to get a sense of the magnitude of the task ahead for Matthew Guy.

At the last state election, the strategy was to capture public attention by focusing on a single issue: law and order. While this approach worked for Ted Baillieu in 2010, it was a disaster for the Coalition in 2018.

This time, the challenge for Guy is being viewed differently. Talk to Liberal Party strategists and they’ll tell you the November campaign will not have such a singular focus. Rather, the battle will be fought on multiple fronts in a push to appeal to a mass of voters in the middle who are disillusioned with the Labor Party and Daniel Andrews.

You won’t hear it described this way in Liberal circles, but there is a theory in economics called the “principle of minimum differentiation”, used to explain product homogenisation. The idea, explained in a 1929 paper by mathematician and economic theorist Harold Hotelling, is that it makes strategic sense for competing businesses to bunch together in the middle.

The classic scenario is where two identical ice-cream carts compete on a crowded beach. As long as one is located to the left or right of the centre, the other can always claim a slightly bigger chunk of the market by inching towards their competitor. In the end both carts cluster in the centre of the beach, where each gets half of the market. 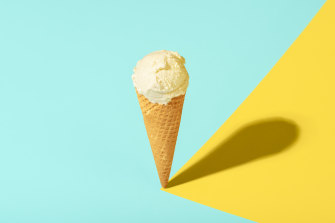 The “principle of minimum differentiation” can be used to describe business tactics, and politics.

The theory is often used to explain homogeneity in politics. The desire to maximise votes encourages political parties to cluster in the middle of the political spectrum, even if this leaves voters with less choice.

This time, the challenge for the Victorian Coalition will be to win over the disaffected middle by fighting for a spot in the centre of the beach.

What does this mean in reality? If there is a centre in Victorian state politics, it probably has more to do with service delivery, rather than ideology.

Guy has already attempted to set the scene. Late last year he announced what he claimed would be the biggest manufacturing industry assistance program in the state’s history, with a $2.5 billion fund over five years, offering cash incentives to encourage local manufacturing businesses, innovation and research.

The notion that a Liberal opposition leader would offer up billions of dollars for the biggest industry assistance program in Victoria’s history says a lot in its own right.

The same might be said about a push to broaden the party’s appeal to progressive voters. The Coalition’s equality spokesman, James Newbury, for example, recently promised to create a dedicated professional legal support service for the LGBTQ community at the St Kilda Pride Centre.

The problem is Guy must first navigate the federal election. For Scott Morrison’s federal campaign, winning over the middle on a national scale will mean something quite different.

When asked recently by The Age if he would be joining Morrison when the Prime Minister comes to campaign in Melbourne, Guy gave a polite, if not entirely convincing, response. “I will be more than happy to help out at the federal campaign in any way I can,” he said.

Whether Morrison will even bother wheeling his ice-cream cart out in Victoria is a different question entirely.