Meek Mill, born Robert Williams, has accused a flight crew member of “acting real racist” following the rapper and his entourage boarding a private jet and immediately being asked if they were smoking weed.

The “Hot” artist, 34, shared the interaction via his Instagram Stories, where he films the crew member asking if their group was smoking on the plane, despite the fact that they boarded just “30 seconds ago” according to the star.

“So you just said we was smoking on a plane, we just came on here 30 seconds ago,” the Philadelphia native told the attendant, who replied that he smelled marijuana.

“But where are we going to smoke at if we just stepped on here 30 seconds ago?” Meek replied, turning the camera around to show his crew seated and preparing for takeoff.

“Like, where would a blunt be rolled up at if we just sat here?,” the visibly irritated rapper continued.

“I’m sorry, I’m going to try and fix this problem,” the crew member replied, only for Meek to demand they let him and his group off of the jet.

“Let us get off this plane, because I don’t feel safe on this plane anyway. C’mon, let’s open the door,” Meek said. “You acting real racist right now, like, real crazy. Was we smoking weed? F–k wrong with you?” 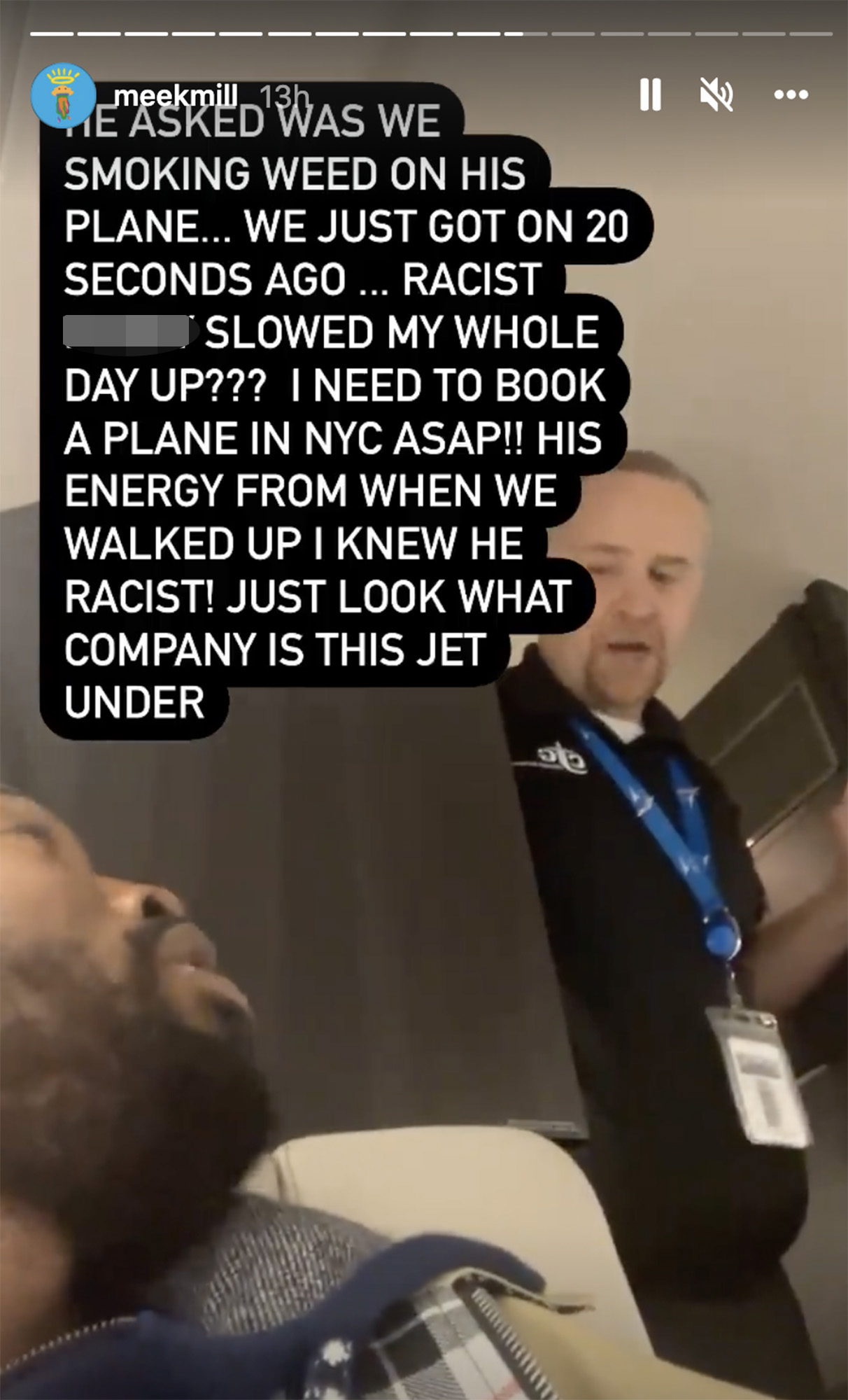 Over the video, Meek added, “He asked was we smoking weed on his plane… We just got on 20 seconds ago … racist pu–y slowed my whole day up??? I need to book a plane in NYC ASAP!!! His energy from when we walked up I knew he racist! Just look what company is this jet under.”

The clip sparked debate amongst fans, with many supporting the “Dreams and Nightmares” artist.

“That man acting racist, how the hell someone could be out of they mind to smoke on a plane,” tweeted one supporter, with another adding, “@MeekMill being harassed not even 30 seconds after stepping on the plane I wouldn’t feel safe either racist ppl man.”

“@MeekMill was 100% right to get off that plane!! No smoke in the air and it’s not old guys business what they doing before they get on….” one more fan chimed in.

Others, however, believe it was a fair question if the attendant smelled marijuana.

“Y’all know damn well he smelled weed,” insisted one tweeter. “They prob wasn’t smoking on it and just had it on him. That’s not a mistakable smell. He asked him nicely.”