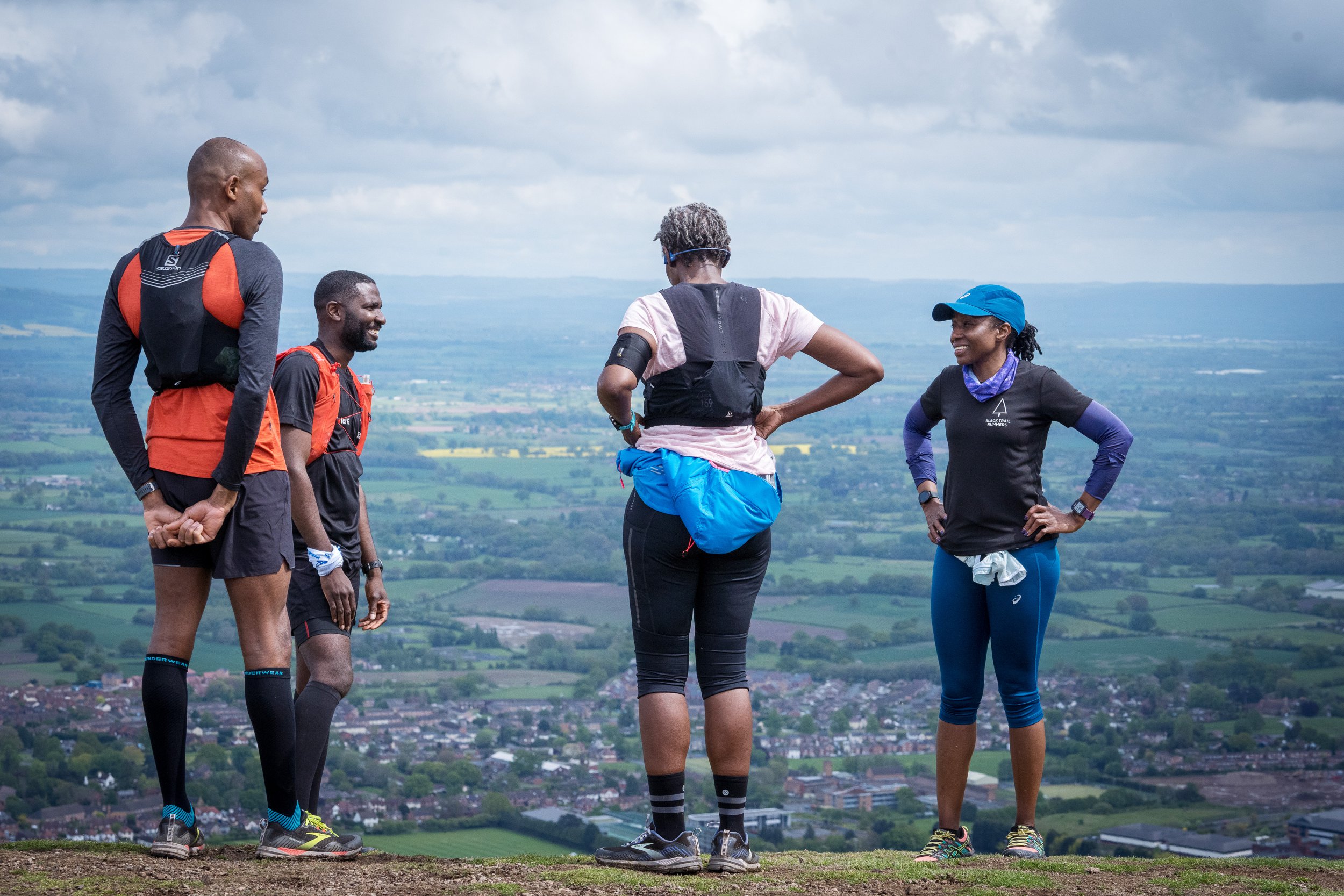 The UK’s Black population stands at 4.5%, yet Black people make up fewer than 1% of entries to trail races.

Invisible barriers to access mean that Black people frequently miss out on enjoying outdoor spaces such as National Parks and National Trails, and are effectively excluded from the joys of the natural environment and the many physical and mental health benefits that it brings.

In order to try to tackle this disparity, running app Strava has partnered with Black Trail Runners – a community and campaigning group that seeks to increase the inclusion and representation of Black people in trail running – as part of a wider anti-racism commitment.

Black Trail Runners (BTR) says Black people are ‘underrepresented’ in the culture of the sport, and ‘lack a voice in its organisation and visibility in its media’.

‘BTR allows new runners to experience the sport without fear, and for more experienced runners to turn up to races and not be the only Black face at the start line,’ BTR co-founder Phil Young tells Metro.co.uk.

‘I would like to see a time when we don’t need BTR, but recent events have shown that we still have a lot of work to do for people to be accepted on their merit, rather than their colour, accent or hairstyle.

‘Our main mission is to increase the inclusion, participation and representation of black people in trail running, and we are working on several initiatives to push this cause forward.’

Phil says he historically has a love-hate relationship with running. He started as a sprinter in his teens before a serious foot injury put that on hold.

Now, he says he runs for adventure, excitement and to uncover new areas.

‘Running only starts to make sense to me 2 or 3k in, which is about the distance to my nearest woods in south London,’ he says. ‘I see and experience the changes in seasons in a way that’s hard to appreciate in other sports you can do London.’

Phil says the question of diversity and inclusion in running is often distorted by the high numbers of Black elite track and field athletes we see at international competition, but this isn’t the full picture.

‘As soon as you leave the safety of the running track, the numbers drop right down,’ says Phil.

‘The 2011 census noted that over 40% of London residents identified as “BAME”, more than 3 million people, yet If you look at the London Marathon you wouldn’t think it.

‘This prestigious race has been dominated by Africans for the best part of two decades, so the failure to capitalise on this it’s either been a blind spot for the running industry or they have failed to communicate the benefits of running in an interpretive way.’

Phil believes that to be serious about addressing the diversity problem, we need to look at the societal elements at play.

‘We have to be prepared to have difficult and perhaps uncomfortable conversations about why people of colour in the UK don’t feel that running outside of the track is a place they can occupy,’ Phil adds.

‘We also have to look at other ways to promote running above and beyond the framing of sport.

‘Most minority communities live in cities and generally feel that rural spaces aren’t necessarily welcoming to people who don’t fit the classic countryside look. Marketing teams haven’t sold trail running as something that non-white people can be in to, yet London is one of the greenest cities in the world.

‘To my mind, representation is the easiest thing to fix, but it needs to be backed up with programs to expose and engage our youth to the beauty, physical and mental wellbeing that running through the woods or down the canal can bring.’

BTR co-founder Sabrina Pace-Humphreys is a 43-year-old mother of four, grandmother of two and ultra-marathon runner. She took up running after being diagnosed with post-natal depression following the birth of her fourth child.

‘My doctor suggested, alongside traditional medication, that I do “something for myself”. Trying a jog was her idea,’ says Sabrina.

‘Having never tried running before, I was trepidatious – because I was one of those people that would look at people out running, all hot and sweaty, and laugh at them because I’d never do that – but her advice changed my life.

‘I love the escape that running – especially trail running – gives me. There is nothing that happens in my life that running can’t help me work through. Running is a key tool to help me manage my mental health. Without it, I wouldn’t be here. I know that.’

Sabrina says trail running even helped her to cope with and process the trauma she saw in the Black community following the murder of George Floyd and the shootings of Breonna Taylor and Ahmaud Arbery.

‘Nothing prepares you for seeing what we did, a man losing his life being one of those things,’ says Sabrina.

‘The protests which happened locally, and in my own town, opened up a pandora’s box of pent-up emotions and trauma.

‘Running helped me cope with that, gave me the escape and headspace I needed to disengage, to work through my feelings, to find perspective and strength to continue to amplify for social change.

‘Part of that involved me training for, and running solo, a 104-mile trail – the Cotswold Way. I needed a focus, something concrete in a world which seemed very out of control – trail running gives me that.’

To help encourage greater participation and visibility of Black people in trail running, Strava has launched the Black Trail Runners 4.5 challenge, which will start on 1 August and run throughout the month.

The challenge will ask athletes to complete 4.5 hours of activity during the month, while donating a minimum of £4.50 to the Black Trail Runners cause.

‘Until Black Trail Runners was launched in July 2020, there was no community for Black people to join and share what it is to be Black and a runner who enjoys running on trails, mountains and in the countryside,’ says Sabrina.

‘I had got so used to being “the only one like me” in trail races that it was my normal. But it’s not normal. Far from it. And it’s not because Black people don’t want to do it. It’s to do with barriers around access, skills and representation.’

You can support Black Trail Runners in their mission by joining their 4.5 Challenge on Strava here.