Could Megan Fox end 2021 with another ring on her finger? The 34-year-old Teenage Mutant Ninja Turtles star filed the official divorce papers in late November, six months after separating from Brian Austin Green. However, she may not be un-married for long. Things are “getting more serious” between her and her new boyfriend, Machine Gun Kelly, and a source close to the actress tells HollywoodLife EXCLUSIVELY that the two are “open” to the idea of getting hitched. “MGK is the kind of guy that Megan’s friends definitely see her with permanently again.”

“They spend pretty much all of their time together and have met one another’s kids,” the insider tells HollywoodLife. “She’s always had a thing for bad boys and an edgier look. He’s pretty opposite of Brian, and that’s one of the things that draws him to her. She doesn’t seem to be rushing into the idea of marriage, but she definitely sees a future with MGK and is would be open to getting married again. She hasn’t mentioned buying a home together or anything like that yet either, but it wouldn’t be surprising if it happened this year. She’s very happy and in love.” 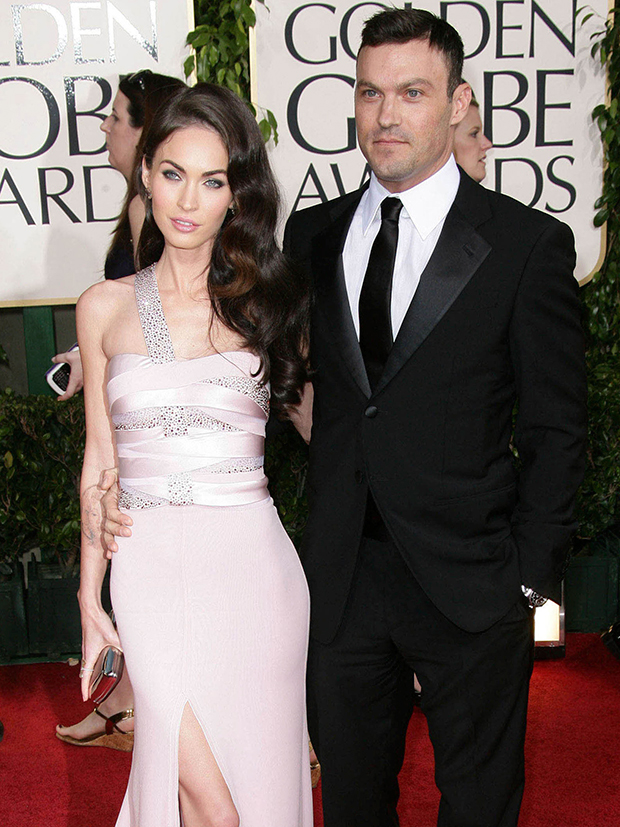 Though Megan and Brian, 47, broke up in March 2020, she didn’t file the paperwork to officially end their ten years of marriage until Nov. 25. Megan – who shares three sons (Noah, 8, Bodhi, 6, and Journey, 4) with Brian – cited “irreconcilable differences,” asked for joint legal/physical custody of their kids, and checked a box to request to terminate the possibility for either of them to get spousal support. Megan also listed “November 2019” as the official date of separation. Brian didn’t announce their breakup, while Brian listed March 5, 2020.

For those doubting the intensity of Megan’s romance with the 30-year-old rapper/singer, check out her collarbone. While walking the red carpet with MGK at the 2020 American Music Awards, Megan showed off her new tattoo. The Transformers star had the phrase “el pistolero” inked on her skin, and many took it as a tribute to MGK (“el pistolero” translates to “the gunman,” which many interpreted as a reference to “Machine Gun.”) 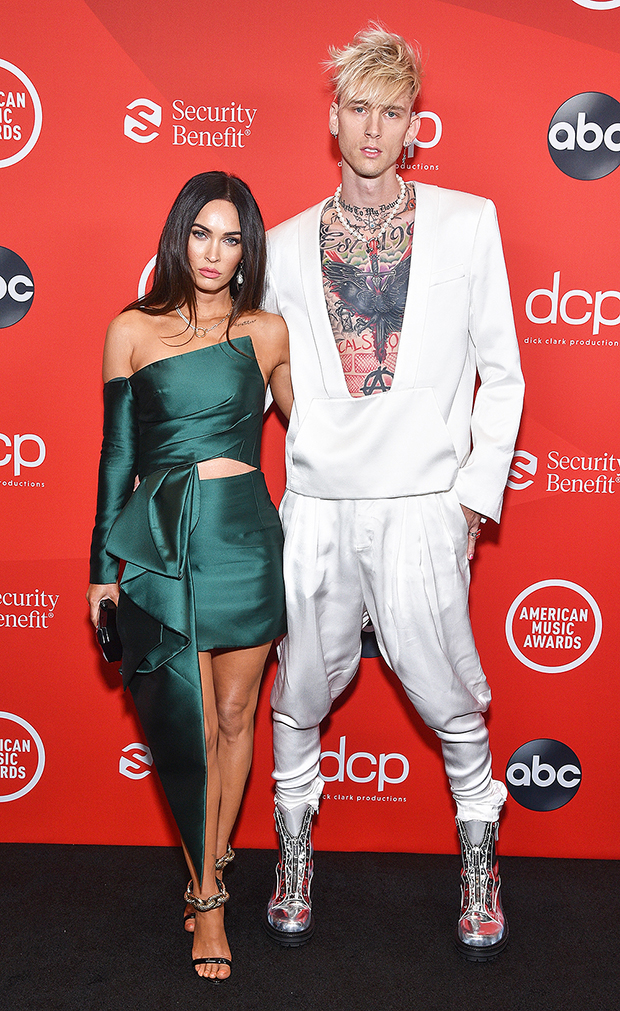 “It was nice working with her,” tattoo artist Zuh Cordero told HollywoodLife. The artist was the one who did Megan’s new ink. “I showed her different letterings options, picked the one, and altered a bit between spacing. She was really happy with the result.”