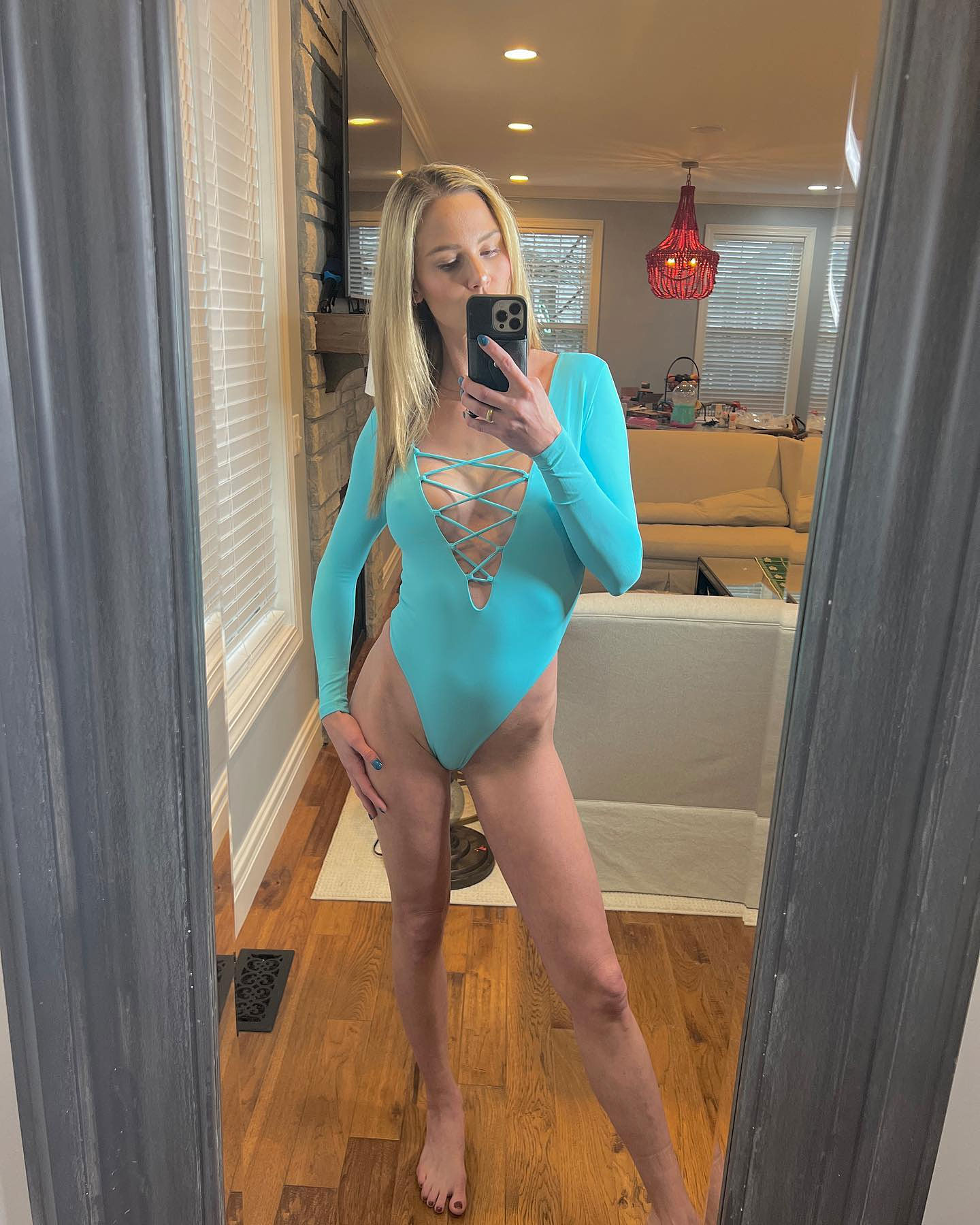 Before and after. Meghan King stood by her choice to have plastic surgery — and offered a glimpse at the recovery.

Celebrities Who Admitted They Got Plastic Surgery

“I guess it’s easier to stay true to my #filterfree2023 commitment when I recently made some surgical and non-surgical ‘filter’ adjustments,” the former reality star, 38, wrote via Instagram on Wednesday, January 18. “I’ve always been outspoken about any enhancements I’ve had (this time I wanted the fullness in my breasts back and a little cleavage, and since I was under anesthesia I opted to tweak the tip of my nose for a minor adjustment).”

The Real Housewives of Orange County alum uploaded “thirst trap” photos before and after of her procedure, adding, “My chest is so wide so it always made me feel masculine on the outside but I felt so feminine on the inside and so decided to do this thing called ‘cosmetic enhancing’ 😉.” 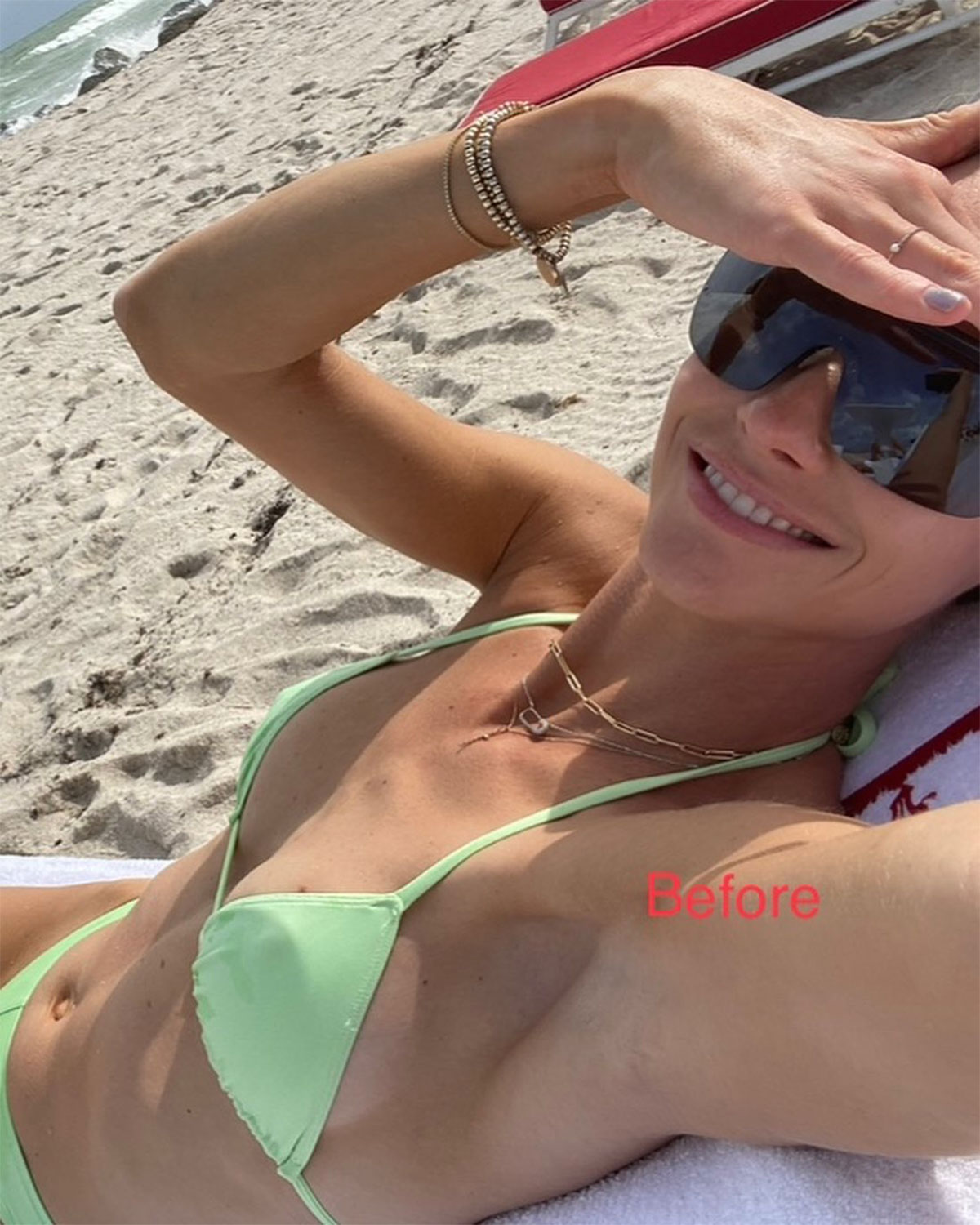 King also noted that she was proud of her decision to go under the knife. “I ask myself if that aligns with the message of authenticity I want to always send and my answer is, yes, I think it does,” she continued. “Because living authentically doesn’t have to make sense to others, my mind is allowed to change and I’m allowed to change.”

According to the Bravo star, going through plastic surgery has helped her work through her own body issues.

“I like feeling confident but I’m my biggest critic,” the Missouri native, who shares daughter Aspen, 5, and twins Hart and Hayes, 4, with ex-husband Jim Edmonds, wrote. “I’d love to look at my body and say, ‘Wow, you’re beautiful just the way you are,’ and now, with the help of a breast implant exchange, a teeny rhino, and some Sculptra to keep my face plump, I do.”

Former ‘RHOC’ Stars: Where Are They Now?

King concluded: “Plus look at that body! Can you believe it bore 3 kids and gained 70 lbs? Check out that hernia! I earned that! Diastasis! Shall we compare birth stories?!——- The point is not that we judge one another for supposed inconsistencies, but celebrate their authenticity to themself. YOU. ME. We are our OWN bosses, we run our OWN shows, and we report to OURSELVES.” 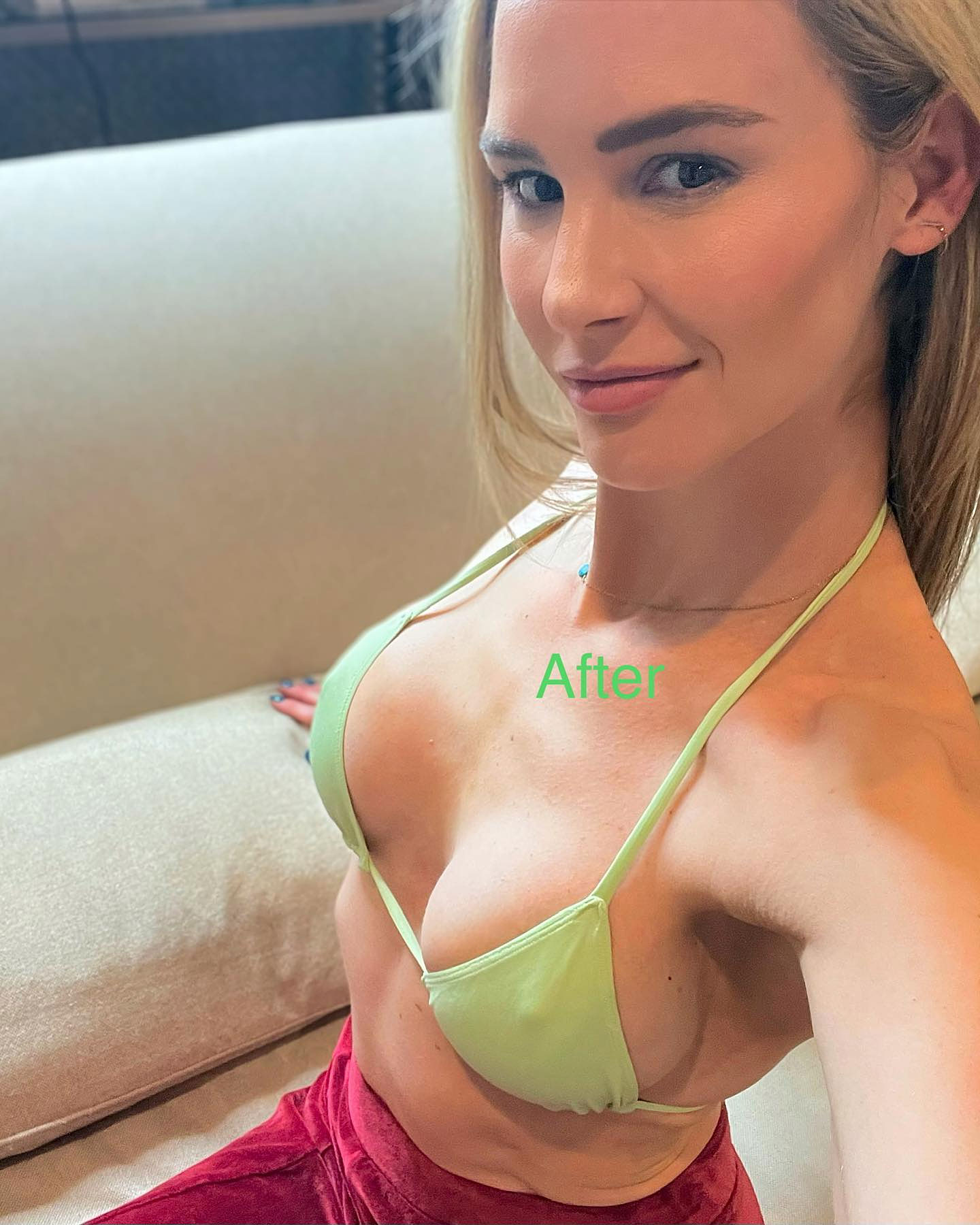 The TV personality previously opened up about her concerns before having surgery on her nose and chest.

“I’m feeling ready,” she said in a September 2022 Instagram clip, which was taken the morning of her procedure. “I just don’t want to look too different. That’s where my anxiety’s coming from right now. I don’t want my boobs to look so big that I look like I’m bigger than I am. … I’m feeling sentimental, pensive. “I got this. I’m alone for a lot of things. It’s just another thing.”

That same month, King gushed about the final results, exclusively telling Us Weekly, “Dr. Niccole is an artist! I totally felt at ease and came out looking like a natural, enhanced version of myself, which is what I wanted! Props to Cosmeticare!”