Setting the record straight. Michelle Young got real about her pre-show relationships during the Tuesday, October 26, episode of The Bachelorette.

Michelle’s ‘Bachelorette’ Season: Everything to Know

For her first group date, Michelle invited fifth graders to quiz her contestants on math, chemistry and more. Peter tried to be the center of attention, which rubbed Will the wrong way, so Will implied that Peter was a narcissist. Peter later confronted Will about his “inappropriate” suggestion, and the two started yelling at each other. Michelle overheard and told Peter he needed to show her who he really was, rather than his aggressive side. Brandon, meanwhile, got the group date rose after Michelle felt sparks with him.

Jamie received the first one-on-one date, but he told the fellow suitors that he would be using the time to decide whether Michelle was right for him and worth his time. She appreciated that he coached her through their rock-climbing excursion and that he was vulnerable while sharing the story of his mother’s suicide. Michelle gave Jamie a rose and divulged that it was one of the best first dates she had ever been on. 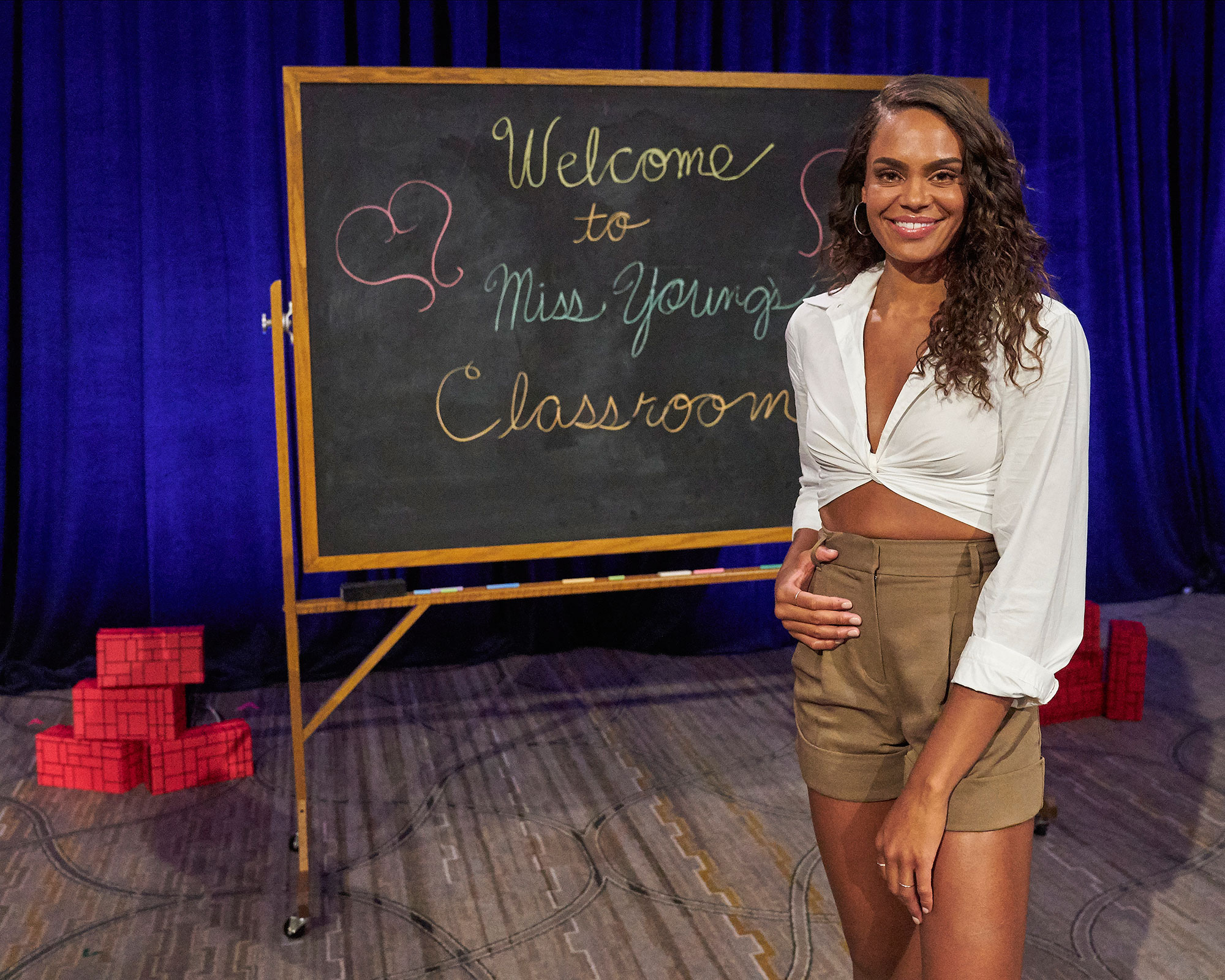 Michelle then had another group date, where she and the men played basketball. The losing team — which included Joe — did not get invited to the afterparty, but Michelle allowed Joe to tag along anyway after he was named the MVP of the game. Michelle and Joe bonded further at the afterparty. She believed they shared a level of understanding as former basketball players from Minnesota and she was grateful that he opened up to her about the death of his previous coach, so she gave him the group date rose.

Some of the men in the house began to question whether Joe and Michelle knew each other before coming on the show. At the cocktail party, Jamie relayed a rumor he heard from a friend, who claimed he saw Michelle at a bar before filming began and was told she was “already boo’d up with a tall, light-skinned baller.” Jamie wondered whether Michelle was being authentic and felt it needed to be addressed, while the few who knew about the allegations urged him not to bring it up to her.

Jamie pulled aside Michelle during the cocktail party, telling her that he didn’t care about the rumors, but they were spreading throughout the house and everyone was questioning whether she was genuine. Michelle was blindsided and said she needed a moment to compose herself before answering whether she knew Joe or had a pre-show relationship with a mystery man. Privately, Michelle got emotional as she pondered whether any of the contestants still trusted her.

Michelle later talked to the group as a whole, explaining that she didn’t meet Joe until the first night, but they had exchanged two DMs before then. She insisted that everyone started the process on an even playing field. As for the other rumor, she denied that she was dating anyone before coming on the show and said that everyone assumes if she is spotted with a Black man that she is dating him. She then encouraged the men to ask her questions, but the room was silent as many had no clue what she was referring to.

Jamie never admitted that he was the one who talked to Michelle, although the cast believed they would eventually find out who was responsible. Michelle canceled the remainder of the cocktail party and sent home Alec, PJ, Pardeep and Daniel during the rose ceremony.

The Bachelorette airs on ABC Tuesdays at 8 p.m. ET.

If you or someone you know is in emotional distress or considering suicide, call the National Suicide Prevention Lifeline at 1-800-273-TALK (8255).