An ex-Mormon woman has opened up about her regret over letting her religion skew her understanding of love – detailing how she ended up married and divorced by age 24 after being made to feel as though she was ‘unworthy’ if she didn’t tie the knot at a young age.

Kristjana Hillberg, 32, from South Dakota, says she always felt undeserving of love and happiness while she was a part of the Mormon church, but it wasn’t until she got married at 21 that she realized it was actually the rigid religious values she once held so close, were making her feel inadequate.

From a young age, Kristjana was taught that a Mormon woman’s role in life was to settle as an obedient housewife. Gender stereotypes that pushed men as breadwinners and women as homemakers were forced onto and caused her to believe that’s all she could ever be. 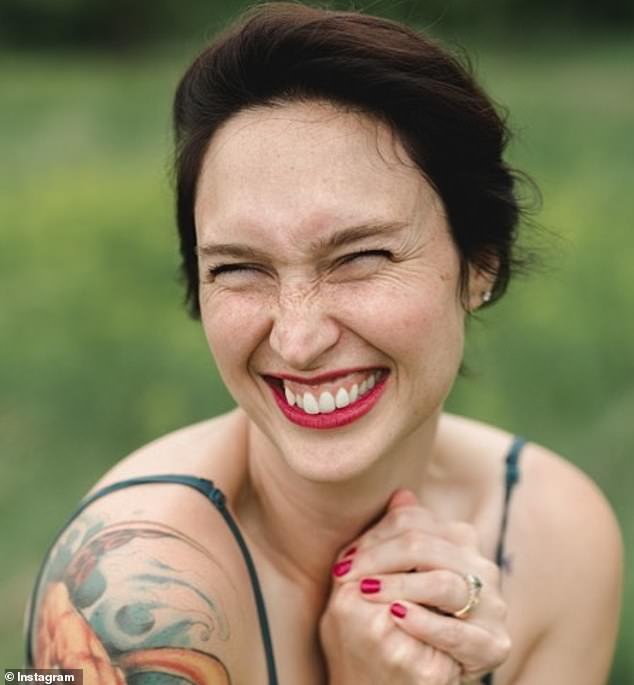 Kristjana Hillberg, an ex-Mormon, revealed she regrets letting her religion skew her understanding of love 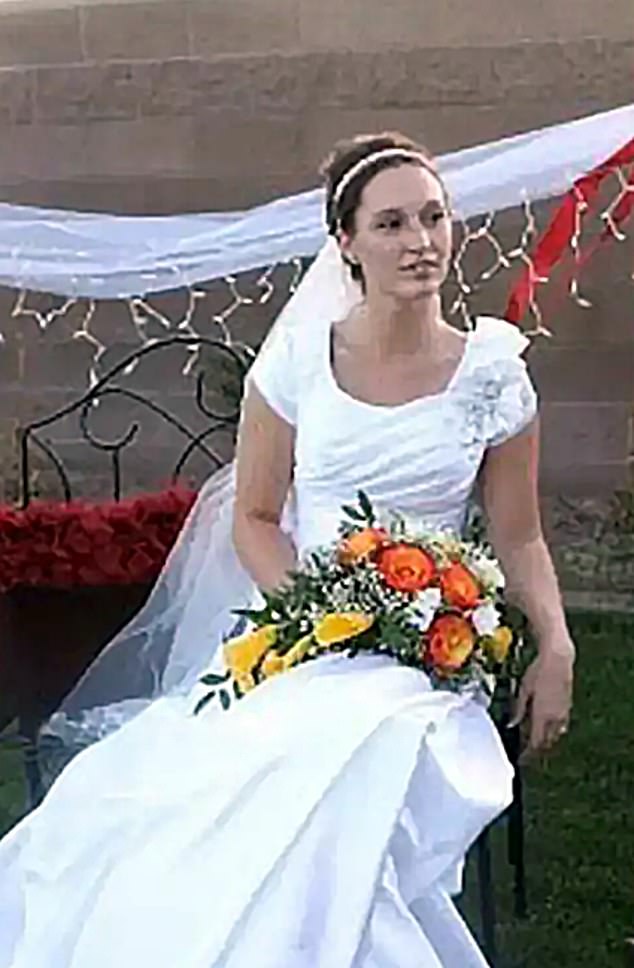 The 32-year-old, from South Dakota, got married at 21 years old (pictured) and divorced at 24 after feeling trapped by the beliefs of the Mormon church 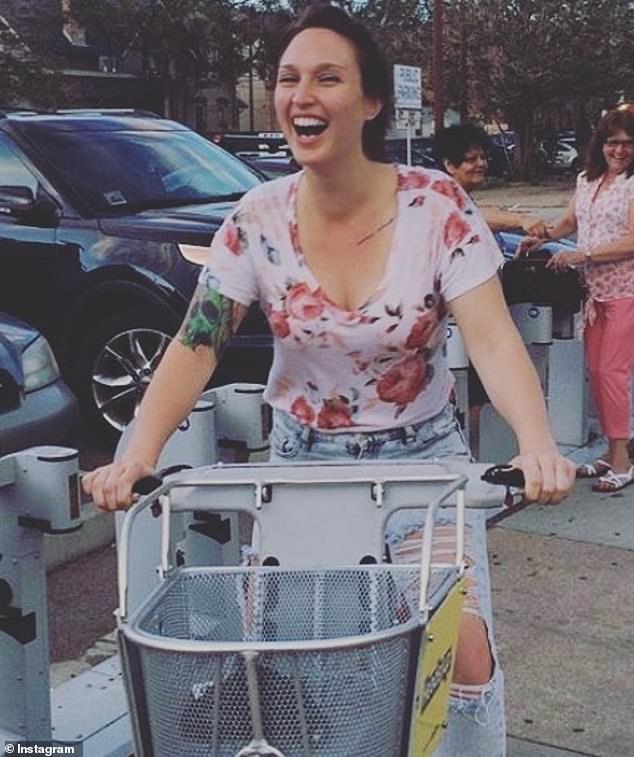 In an interview with Insider, the ex-Mormon revealed that in grad school she was told it was a woman’s duty to ‘replenish the earth’, and learned that if she partook in drinking alcohol, smoking marijuana and pre-marital sex she was sinner.

Although she wanted to empower others as a woman, she learned to push her personal thoughts aside because they didn’t align with the beliefs of the church.

‘In such a strict religion where everything is off-limits and you don’t question anything, you just have blind faith, if you have ”bad” thoughts, you just pray them away,’ Kristjana told Insider.

When Kristjana was in college she was a victim of sexual assault and because she learned that pre-marital sex was a serious sin, she began to internalize that belief, and because she was drunk, she convinced herself she deserved the attack and that she was the one who needed to repent for her sins.

Following the assault, the now 32-year-old found herself doing everything to escape the negative thoughts that told her she was unworthy, such as continuous partying.

Two years later, she met a fellow student and a Mormon who ‘changed that belief in me that no one would ever love me,’ she said.

While dating him, she was shocked by how accepting he was towards her despite her rule-breaking when it came to alcohol, sex and drugs, especially because he was the son of a Mormon bishop, who is the leader of the Mormon church.

The two married after nine months together, during which time they abstained from sex. After marrying they had a child together.

And while Kristjana was happy he accepted her for who she was she couldn’t shake her thoughts of wanting to do something more with her life.

While her now ex-husband traveled for work and she spent time alone and with their baby, she once again began to question the beliefs the church had instilled in her, especially when it came to family dynamics.

She felt as though she had everything the church told her she’d want, yet, she still wasn’t happy.

‘I was fighting all of these inner feelings of, “You’re being extremely selfish. You just need to like have faith and be quiet and do your job, Kris,”‘ she told Insider.

Kristjana tried to be happy and thankful for the role she was told she was supposed to play, but she couldn’t shake the feelings of unworthiness.

She felt like she could never escape her life or her thoughts. She knew she could no longer live within the Mormon church’s beliefs that fueled her shame and low self-worth.

Right before she turned 25, she filed for divorce, left the church and began her healing process through therapy, which she noted helped her find peace and joy.

She began trying new things, became a burlesque dancer and co-created Step Into Your Magic, a course designed to help those who are struggling figuring out their true selves and what they want out of life. 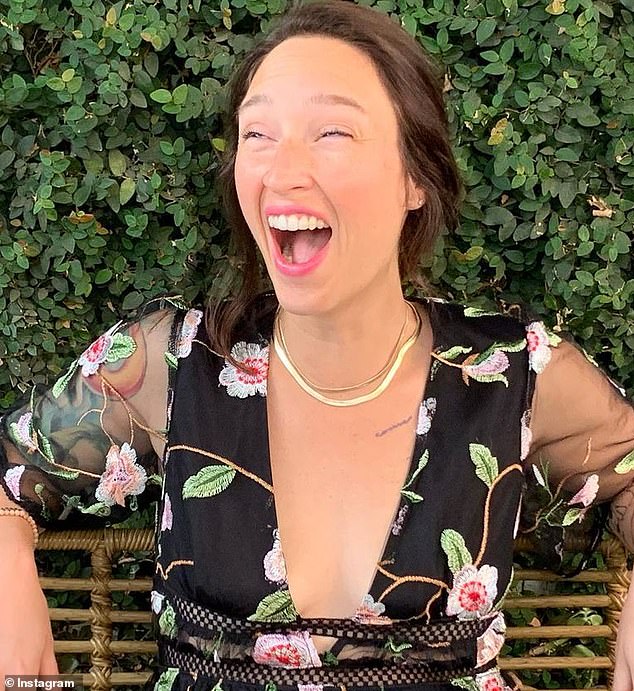 Right before she turned 25, she filed for divorce, left the church and began her healing process through therapy, which she noted helped her find peace and joy 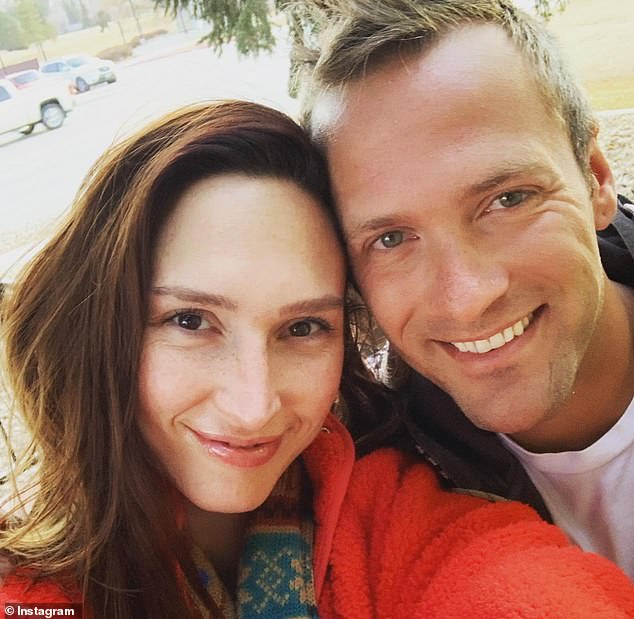 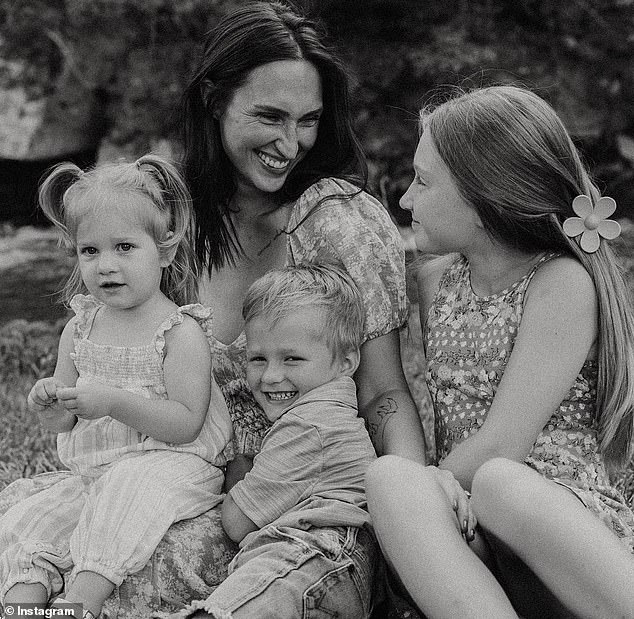 Now, Kristjna is a mother-of-three and is happier than ever because she has found comfort outside of the confines of religion

Now, Kristijna is married to a non-Mormon, Kurt Hillberg, with whom she has two kids.

She and her ex-husband co-parent their 10-year-old daughter and Kristjna noted that he’s a ‘fabulous’ dad, but says she doesn’t regret filing for divorce.

The mother-of-three added that her marriage with Kurt makes her feel safe outside the confines of religion and has helped her find her passions while coming to terms with her true self.

‘It was a lot of experimenting and even still, I’m shifting and unlearning and figuring it out. But I’m just more me now. I go strictly off of my intuition and what feels good,’

‘It’s so different than when I was in my early twenties being like, “Oh my God, God hates me.”‘