When a Facebook brag backfires! Proud mum shares a photo of her organised pantry – only to be slammed by THOUSANDS of parents for a reason she never saw coming

A proud mother has experienced backlash on social media after a photo of her newly organised pantry was slammed by thousands of parents.

Posted in an Australian organisation group, the photo shows five neatly stacked shelves filled with all kinds of snacks, treats and drinks – and while many agreed it was satisfying to look at, they took issue with how unhealthy it was.

In addition to their concerns about the sugary food, many also criticised her for buying so many packaged and processed products rather than wholefoods. 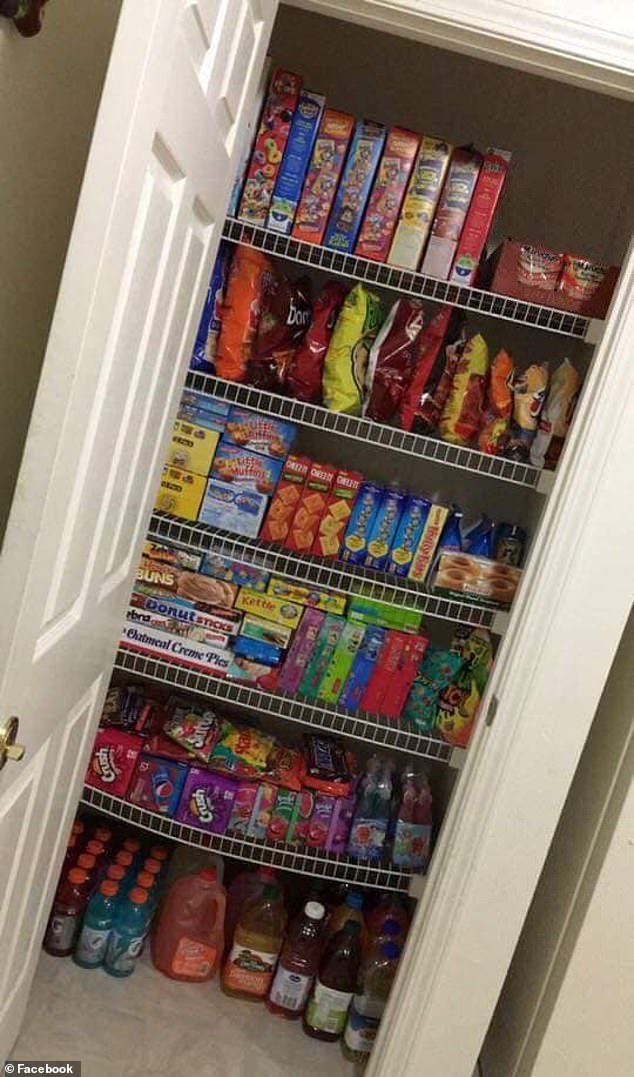 ‘How tempting that all must be to make the adult feel organised but in fact that whole cupboard is full of really bad food and would be terrible for children to eat that and nothing else,’ one parent in the group wrote.

‘Heart attack in a pantry,’ another agreed.

Other eagle-eyed group members were also concerned about the bottom shelf, which looked like it was about to collapse.

As the food was all still in the packaging, the woman was also urged to buy containers as soon as possible to avoid the breeding of moths and weevils.

‘I mean no disrespect as I’m sure its cost a lot of time and energy to get all of that food let alone get it that organised, but for me I see a lot of packaging and a lot of wasted space,’ one critic said.

Despite the heavy criticism, others were pleased with the pantry and were impressed with how well organised it was.

‘I do not even own a pantry this would be bliss. As money is tight at the moment it would be bliss to be able to afford to have it this full,’ one woman wrote.

This isn’t the first time that a pantry has sparked backlash online, with one mum facing unexpected criticism after placing a set of ‘aggressive’ rules on pantry door.

The mum shared the snaps to highlight her organisation but the rules pinned to the door led to thousands of ‘outraged’ responses.

‘Don’t ask me where every thing is coz (sic) I labelled everything. I spent two days organising this pantry, if you mess it up I WILL CUT YOU. With much love, Mum,’ the board reads.

Although the board is clearly there as a joke, many believed she had crossed a line. 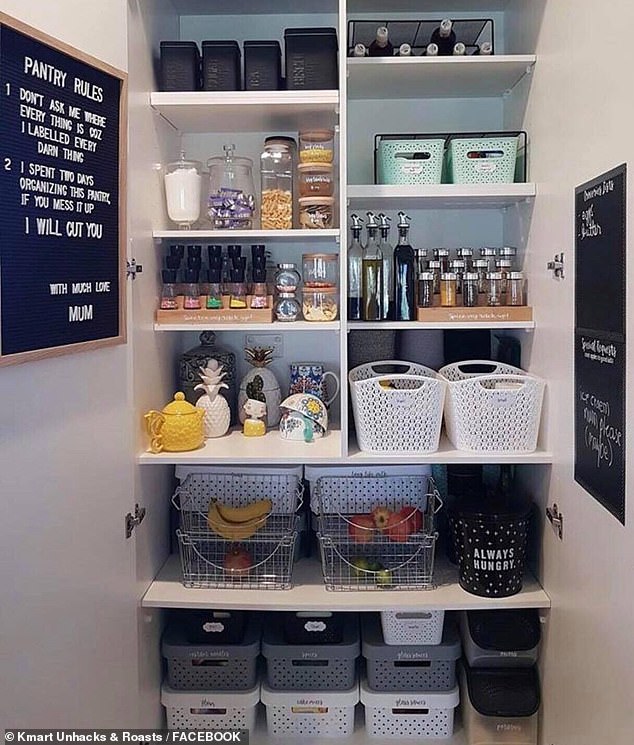 This isn’t the first time that a pantry has sparked backlash online, with one mum facing unexpected criticism after placing a set of ‘aggressive’ rules on pantry door 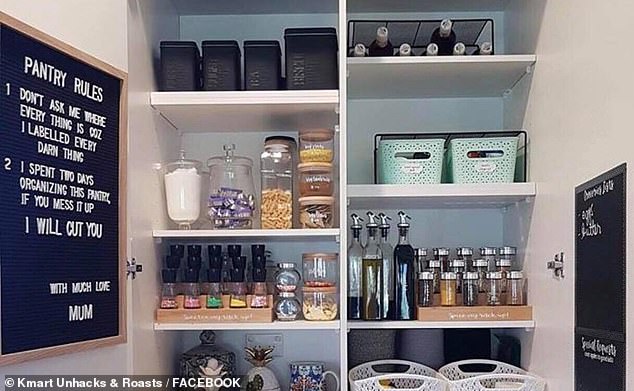 ‘I’d never put a sign up like for my children to read. I don’t get why people think it’s funny,’ wrote one.

‘I’d never put a sign up like for my children to read. I don’t get why people think it’s funny,’ wrote one.

‘Pretty sure this type of threat warrants opening a case with child protection,’ a third said.

While many were outraged over the sign, some commenters also said they loved the mum’s handiwork.

‘Well, I mean… pantry goals right there,’ one said.

While another said: ‘When I see things like this it inspires me to ask someone else to come and do it for me.’