AN eight-year-old girl has been left nearly bald after stress caused her to pull her hair out.

Little Amelia Mansie started pulling her eyelashes out a month into the first coronavirus lockdown and soon moved on to pulling out the hair on her head. 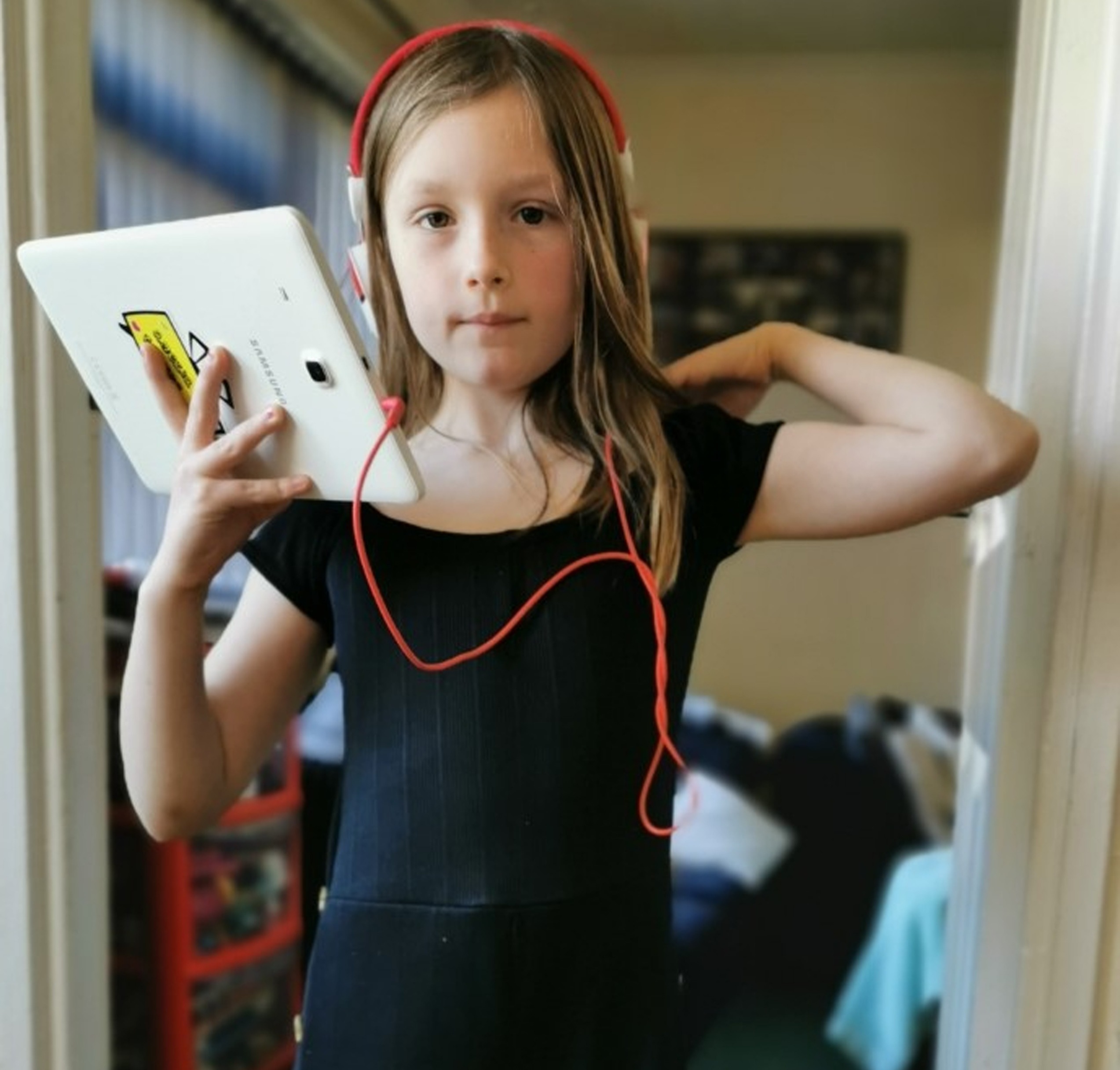 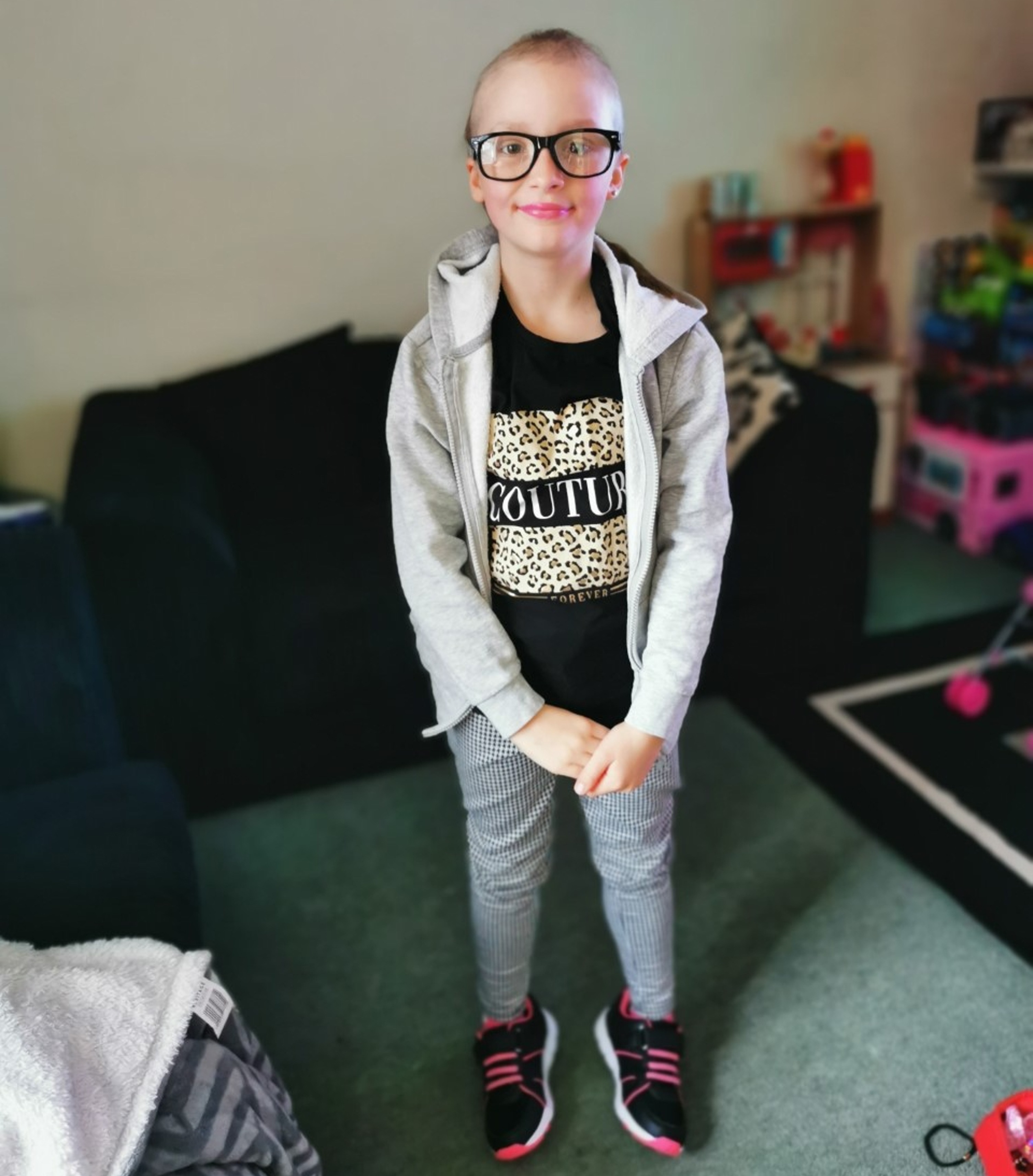 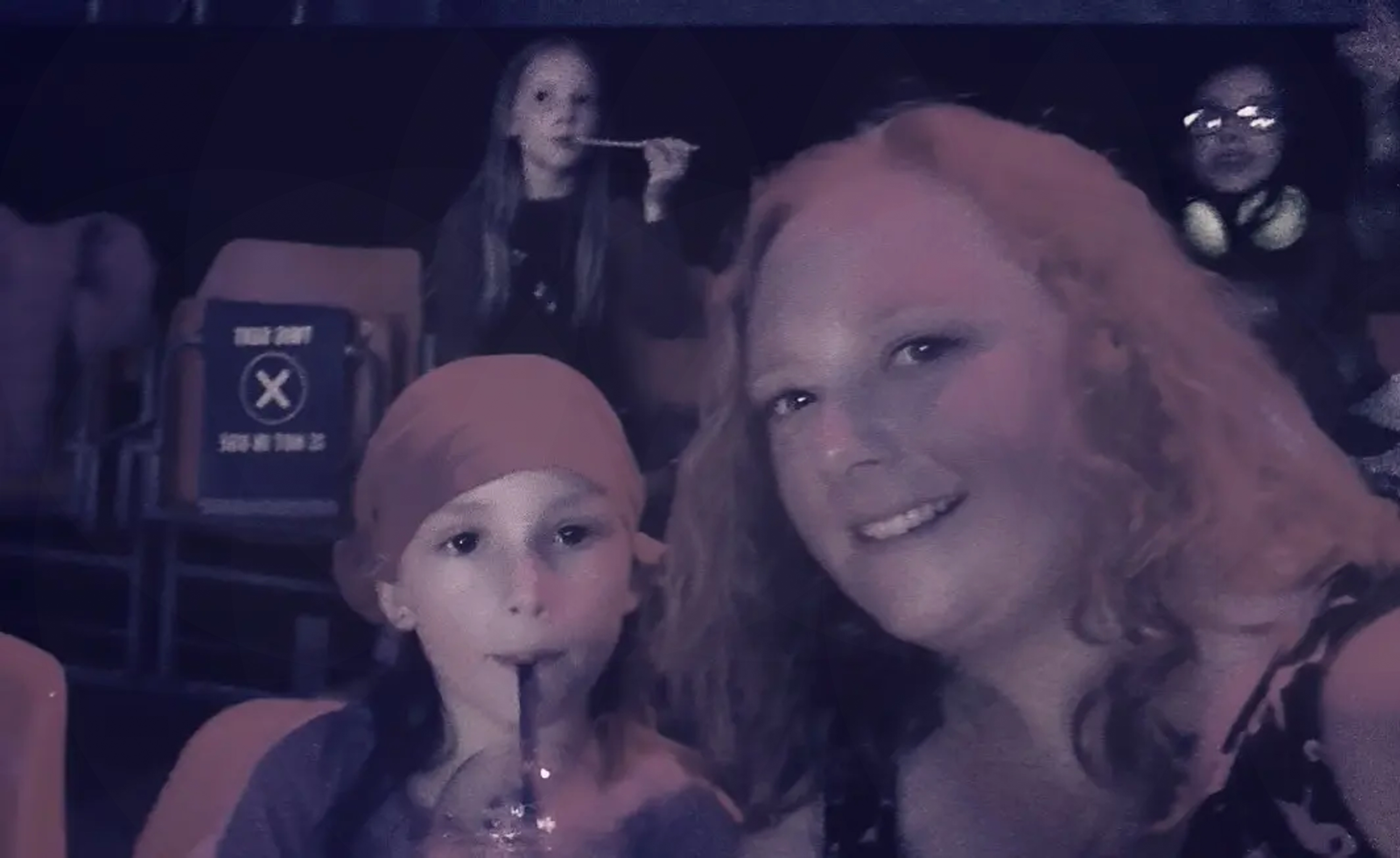 Now back at school, Amelia has also had to deal with cruel bullies who have taunted her because of her condition.

Amelia’s mum Jemma, 37, believes that the stress of the coronavirus lockdowns could have triggered Amelia's hair pulling condition known as Trichotillomania.

Trichotillomania is where someone cannot resist the urge to pull out their hair in response to a stressful situation.

Since pulling out all of her hair, Amelia has virtually no hair left apart from a few longer strands at the back of her head and now doesn't leave the house without a bandana or wig.

Jemma explained that her daughter had been ‘all over the place’ with school because of the shock of the pandemic.

She added: "She couldn't see her friends and family, the stress of homeschooling with mum and dad who aren't teachers. It was just a lot of change for her.

"I first noticed she had a few eyelashes missing about a month into the first lockdown.

"I tried not to overthink it, but eventually she had no eyelashes left at all.

"It just continued to get worse, and then during the winter lockdowns, I noticed she was pulling at the hair on her head.”

After a while, Jemma explained that a few hairless patches started to appear underneath at the back of Amelia’s head.

At the time it hadn’t been visible and Jemma thought her daughter wasn’t too concerned about it.

She added: "Things still carried on and Amelia's hair pulling got so bad that she has pulled out virtually all of her hair on her head.

"She had hair just below her shoulders before, and now her head has a few short hairs on top and a few long strands at the back."

PEOPLE of all ages and both genders can go bald, with hereditary, genetic and compulsive conditions all causing people to lose their hair.

Trichotillomania, also known as trich, and it ss a condition where someone can’t resist plucking their hairs, with TV personality Sam Faiers revealing she suffers from it.

The NHS website describes it as a condition where sufferers can’t resist the urge to pull out their hair.

But not just the hair on their head, but eyebrow, eyelashes, beards and pubic hair are also targeted.

It is more common in girls rather than boys, and mostly affects teenagers and young adults.

The urge to pull out a hair intensifies until they do so, which brings them a temporary sense of relief.

It can also be done subconsciously, where the person isn’t aware they’re doing it.

It can lead to bald, uneven patches on people’s head or thinning hair in some areas.

There is no singular cause for trich, but it can be used by some people as a method to cope with anxiety or stress.

It could also be caused by changes to hormone levels during puberty, or a chemical imbalance in the brain.

In certain cases it could be classed as a form of self-harm.

When the hairlessness was less visible, Jemma said that Amelia was laid back, but that now, she doesn't have the confidence to leave the house without a wig or bandana.

Jemma said: "Amelia is aware that she is doing it but she doesn't like to talk about it.

"I try to distract her to stop her from doing it and I have learnt to not be so pushy by telling her to stop when I catch her doing it.

"It's been very emotional as her mum to watch her go through this. I know that she is still beautiful and amazing regardless, but when I am washing her head it makes me so sad for her.”

Jemma described her daughter as a ‘happy, lovely, clever little girl’, but says the condition has changed her personality.

She added: “She isn't keen on socialising and isolates herself, whereas before she would have spoken to and made friends with anyone.

"And she comes home from school and tells me that older girls have been saying horrible things about her hair.

"Her biggest worry is what people will think of her and if she will get bullied which triggers her even more. It has also been very stressful trying to get her help."

Jemma says that it has been hard looking for treatments to help Amelia with her hair pulling condition.

Amelia is seeing a school therapist weekly and Jemma is also paying privately for her to see a hypnotherapist each week in a bid to try and help her daughter.

She said: "I tried contacting our GP multiple times but we were told she would grow out of the habit when she was back at school after the summer holidays.

"I didn't want to risk it getting even worse than it already was. She could also be referred to CAHMS but it is so difficult to get children seen as there is such a backlog.

"It's so hard to even get an appointment with the GP, I am just always waiting to try and get phone call appointments. But after speaking to doctors over the phone they confirmed the diagnosis of trichotillomania.”

She explained that Amelia also had fidget toys to help her.

Jemma added that the condition is something she thinks will be with Amelia for the rest of her life. She said: “I just need to know that I have done everything I can to help her.

"There is little support for the condition and although so many people suffer from it, there isn't much awareness about it.

"Her school has been as helpful and supportive as they can be during the lockdowns and now she has returned to school. What makes it difficult is the lack of knowledge and awareness of trichotillomania.

"My main priority is wanting to help Amelia get her confidence back and accept who she is. She is beautiful regardless." 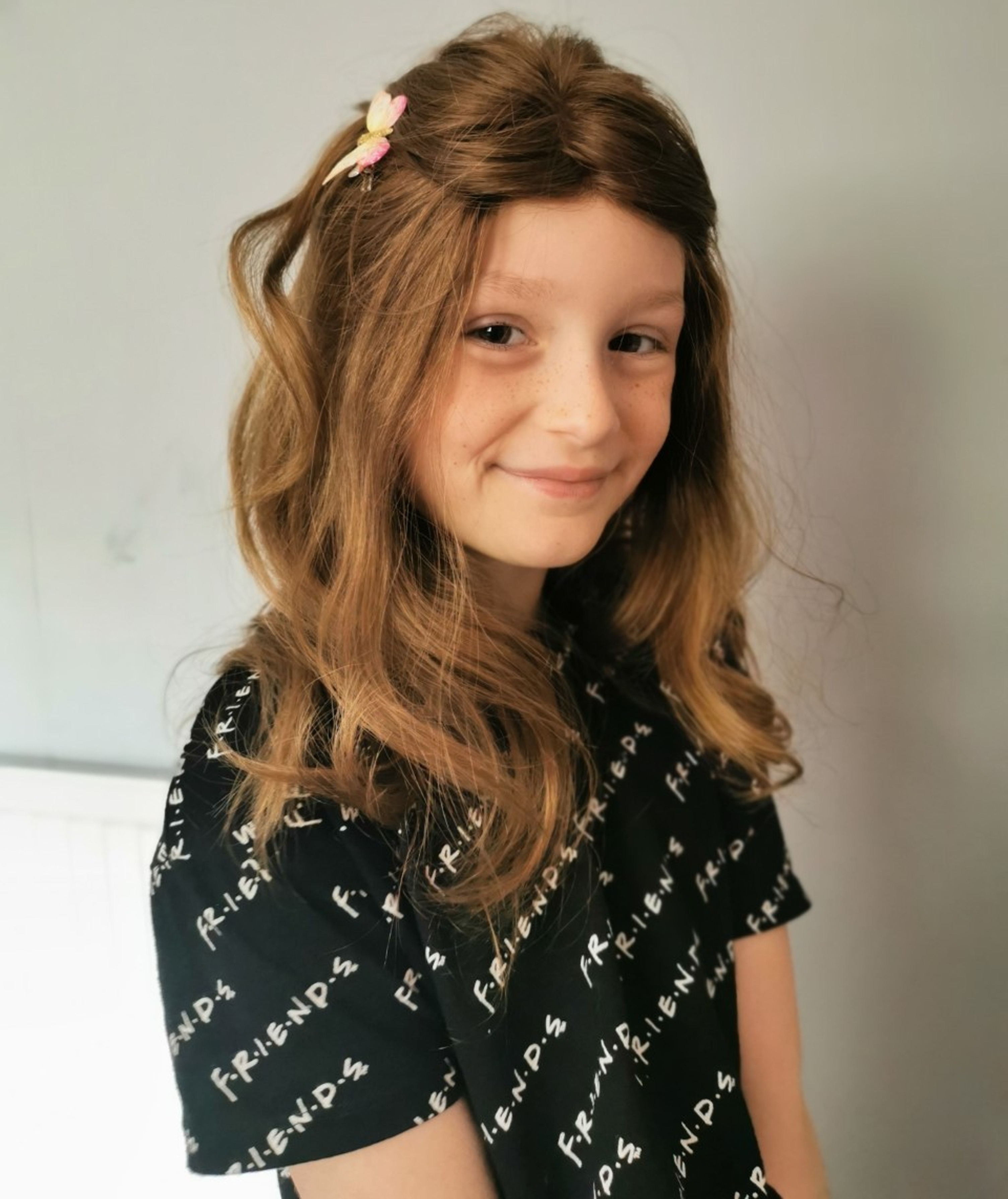