Could this gritty Nordic noir be the next Girl With the Dragon Tattoo? Netflix to release first-ever Swedish feature film Red Dot about expectant parents tracked by assassins in a snow storm

Netflix is set to release its first-ever Swedish feature film with a gritty Nordic thriller which sees a young couple lost in a dangerous snow storm.

Red Dot, which will premiere on the streaming service on 11 February, follows David and Nadja, played by Swedish actors Johannes Kuhnke and Nanna Blondell, a couple in their late twenties, who’ve been struggling with their marriage.

The couple embark on a ski hike to northern Sweden but end up being tracked by two hunters across the cold, unforgiving wilderness.

The Swedish drama could be the latest big hit to emerge from the Scandanavian country, following in the footsteps of films like The Girl with The Dragon Tattoo and Wallander. 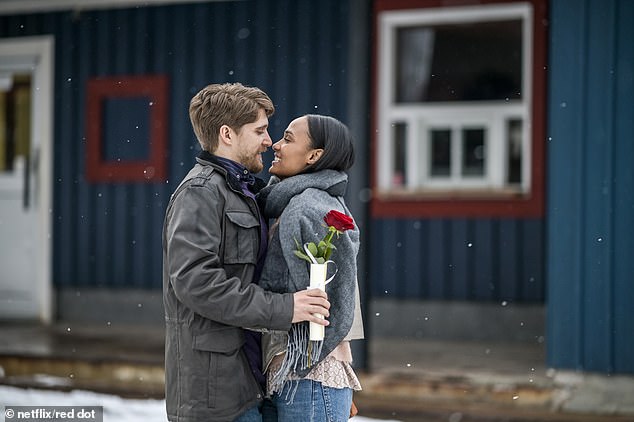 Netflix is set to release its first-ever Swedish feature film in the form of a gritty Nordic thriller Red Dot, which sees a young couple lost in a dangerous snow storm 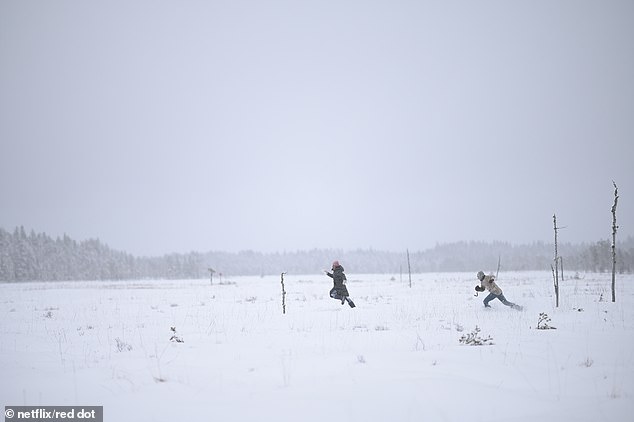 Red Dot, which will premiere on the streaming service on 11 February, follows David and Nadja, played by Swedish actors Johannes Kuhnke and Nanna Blondell, as they find themselves hunted down in the wilderness

When Nadja becomes pregnant they make an attempt to rekindle their relationship and decide to travel to the magnificent expanses in the north of Sweden for a ski hike.

But after what started as a quarrel with two local hunters, their romantic trip slowly turns into a nightmare.

Soon, a red laser dot appears in their tent and they are quickly forced to flee into the cold, unforgiving wilderness.

Totally isolated in the mountains, they are pursued by reckless shooters. 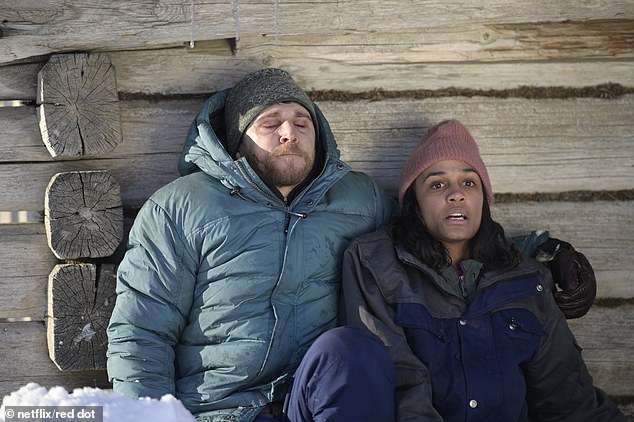 In the film, the expectant parents are tracked by a pair of reckless shooters whom they have had an argument with

Meanwhile, during this sadistic hunt, the couple’s past also comes back to haunt them.

The film is among a host of Swedish programming that is set to come to the streaming service in the coming months.

Tim King, the head of film and TV production at Stockholm’s SF Studios recently told The Guardian: ‘There’s been a significant increase in the amount of work we’ve been doing with them over the last couple of years.’

‘It’s woken everyone up who’s dreamed of doing horror, sci-fi, anything. Suddenly there’s an outlet and somebody who’s willing to bet on it.’ 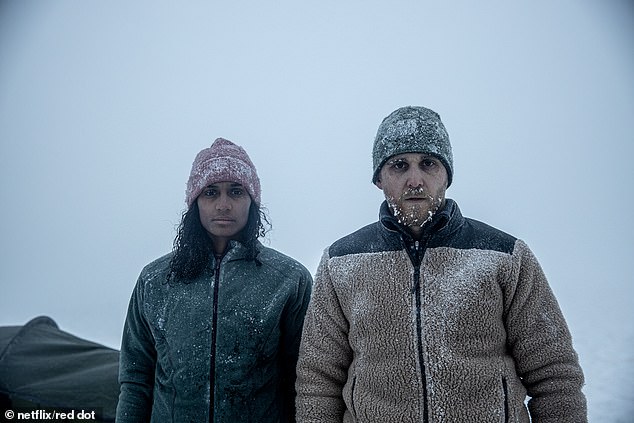 He continued: ‘With Red Dot, we looked at it for a cinematic release, but we decided no, it’s too high risk, it’s too small a niche – we’ll lose money on this thing.

‘And so when Netflix came in and said ‘what have you got that’s different?’, we said this. What Netflix does is they find that niche everywhere in the world.’

Nordic content has proved hugely popular with international viewers over the years, with many filmmakers hoping to emulate the success of the critically acclaimed The Girl with The Dragon Tattoo.

The hit movie was based on the bestselling book of the same name by Stieg Larsson. 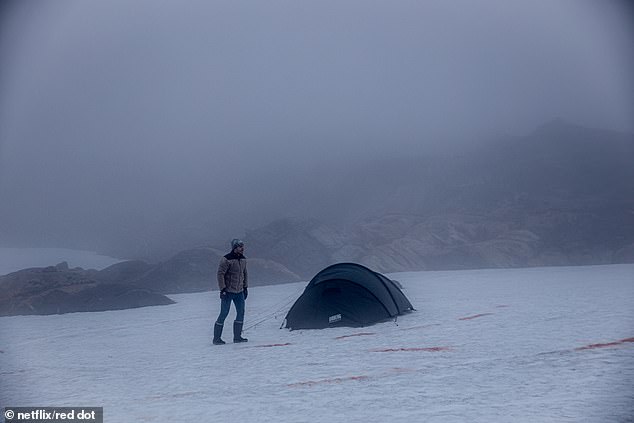 Fincher’s movie is based on the first in a trilogy of best-selling books by the late Swedish author Stieg Larsson, and was largely filmed in Sweden.

A Swedish language film adaptation of the trilogy was released in 2009, starring Noomi Rapace as Lisbeth.