Palace aides “rolled their eyes” and were “spitting out their tea” over Meghan Markle’s New York baby shower while she was pregnant with son Archie, royal insiders claim.

Royal biographer Ingrid Seward described the 2019 affair as “trashy” with its starry guest list and swanky location at the Mark Hotel on the Upper East Side.

“They walked in through the front entrance carrying these enormous bags from the most expensive shops in New York,” Seward said in the documentary “A Very Royal Baby: From Cradle to Crown” (via the Daily Mail). “Crowds gathered because they were all celebrities, there was Gayle King from CBS, Serena Williams and Amal Clooney.”

In 2019, Markle, who is now expecting a baby girl with husband Prince Harry, flew from the UK to New York to meet up with a handful of famous pals for the gathering, which was hosted by Williams and Clooney. 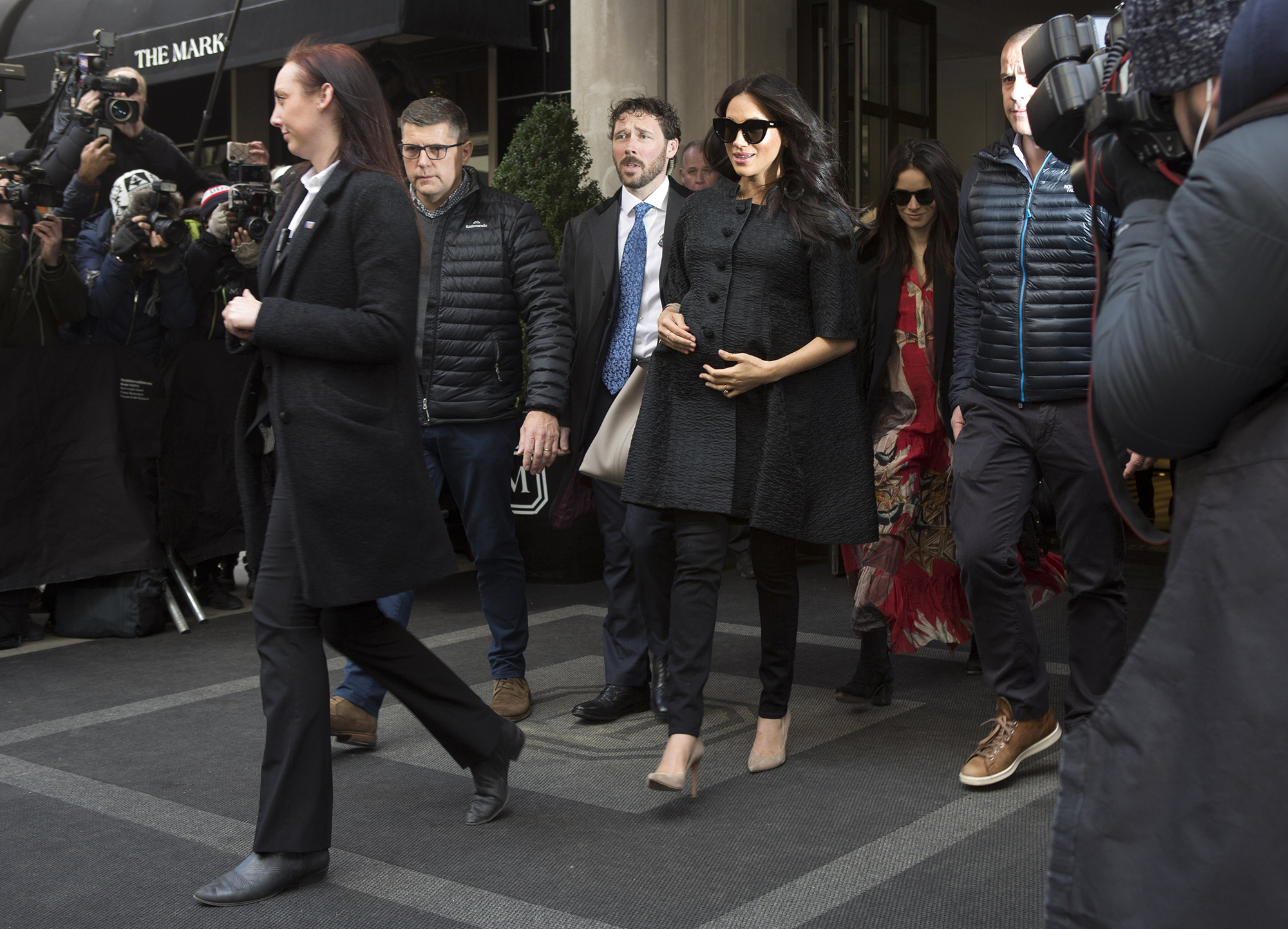 “I remember speaking to a palace aide at the time who rolled their eyes, they were horrified that something so common was happening within the House of Windsor,” royal expert Omid Scobie said in the Channel 4 documentary.

He added, “We had never seen someone throw this very lavish affair to celebrate the impending arrival of a baby.” 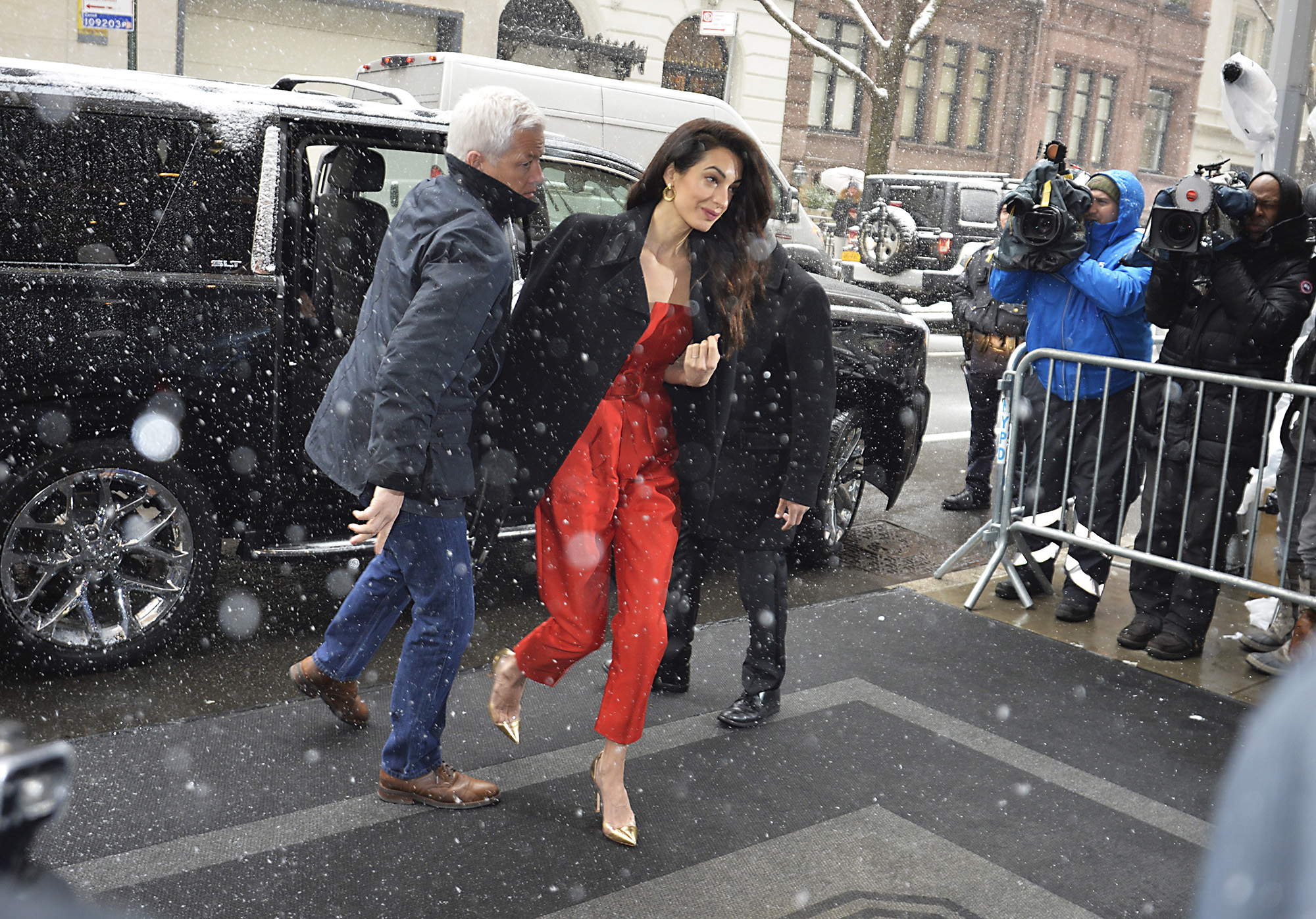 At the time of the baby shower, reports surfaced claiming the royal family was unhappy with the party.

In February 2019, a former chief aide to Princess ­Diana told The Post that the Duchess of Sussex was running the risk of “alienating” the people who were meant to be looking after her at Kensington Palace.

“This is a clear sign that Meghan thinks that being a royal Duchess is about celebrity — not royalty,” Patrick Jephson, Diana’s longtime private secretary, said of the reported $500,000 baby shower. 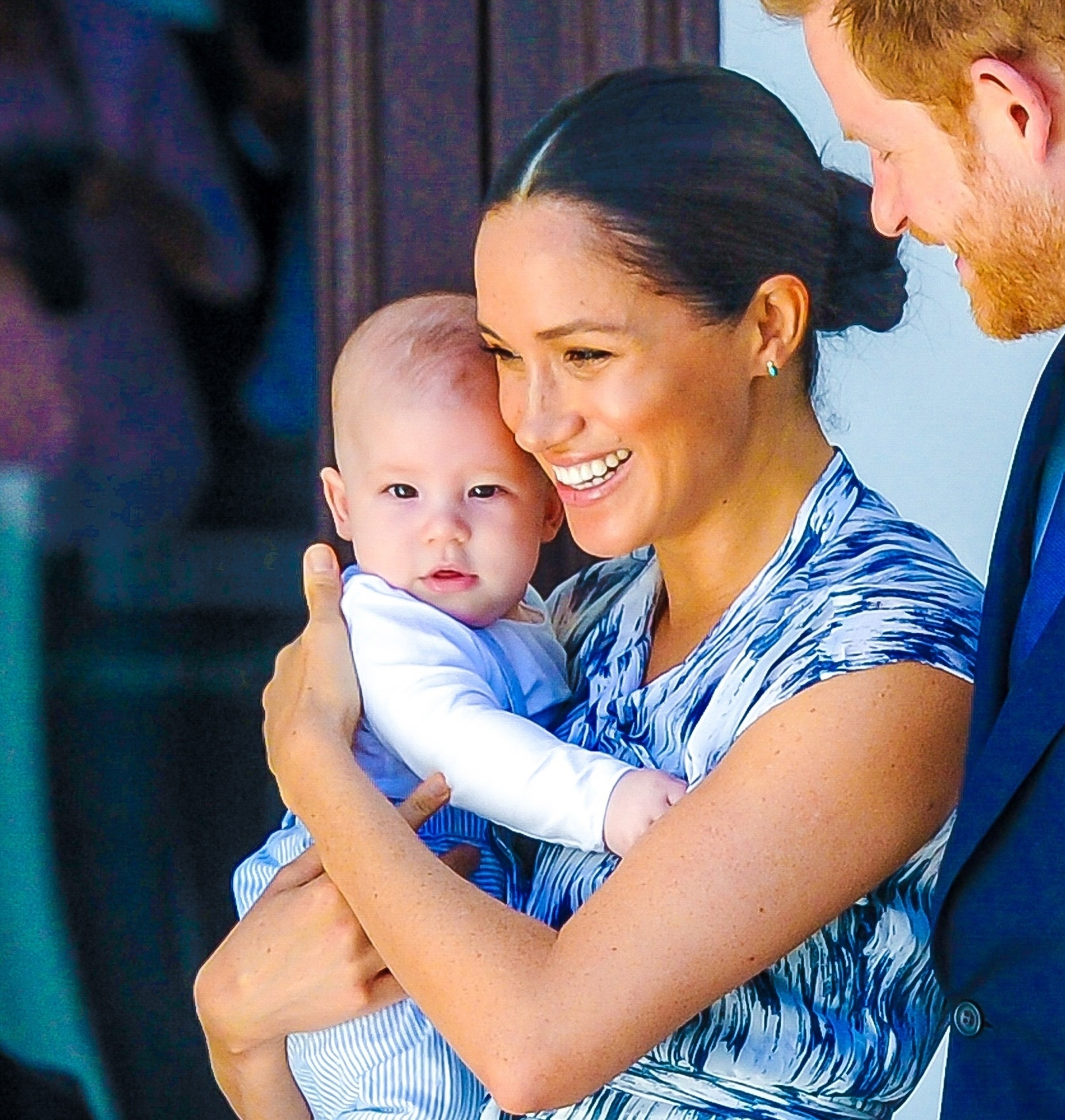 Scobie reiterated that sentiment Wednesday, saying, “It’s fair to say that the optics of the somewhat flashy shower did not go down well with certain individuals at the palace.”

He added, “While the trip had been a hit with Meghan, senior courtiers back in the UK were spitting out their morning tea when they saw her lavish baby shower thrown by friends turn into a media circus with what looked like carefully stage-managed paparazzi walks of the duchess in big black sunglasses from her hotel to her car and a laundry list of insider party details reported by US press.”

Markle has been vocal about the lack of support she felt from the palace after marrying Harry in 2018, claiming in their bombshell interview with Oprah Winfrey that she wasn’t given the help to seek treatment for mental health issues.

Since stepping down from their senior royal duties, Harry and Meghan, 39, are living in California and focusing on the arrival of their second child this summer.