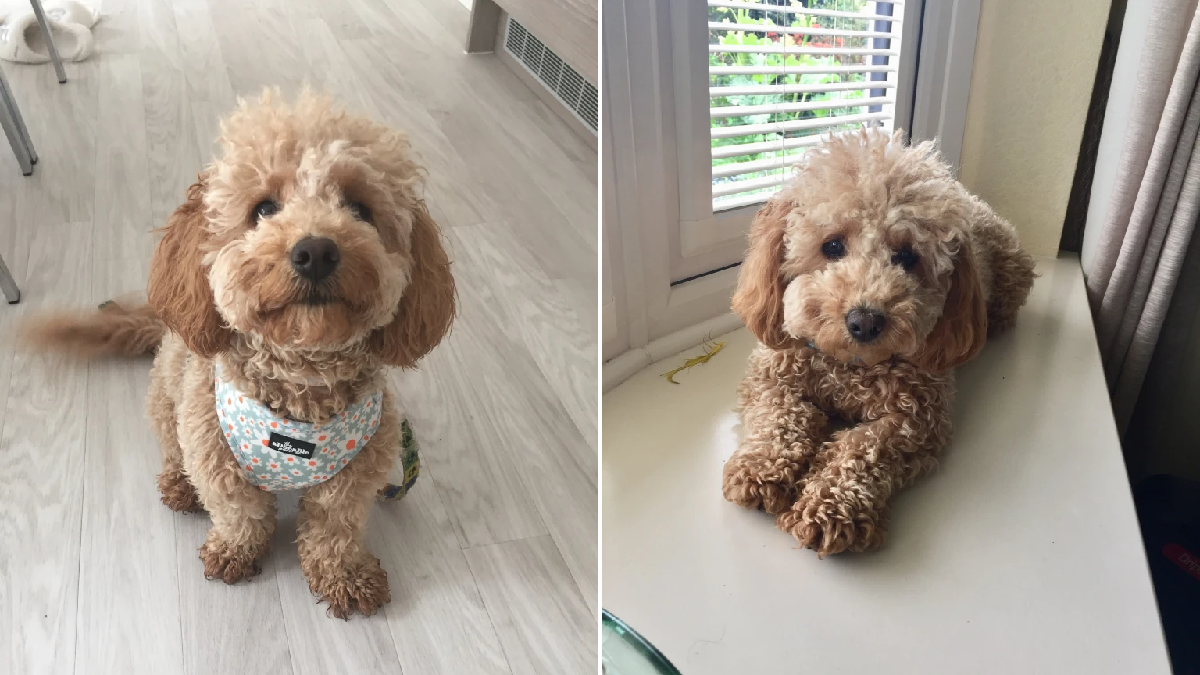 Over the last two years, many families brought home puppies to lift spirits during the subsequent lockdowns – but it hasn’t been a happy ending for all of them.

An 18-month-old poodle cross puppy called Peggy, who was taken on early in the pandemic, was handed over to Blue Cross in Thirsk up by her owners who could no longer cope with her behaviour and were at their wits end.

The charity stepped in to help after her owners said they were struggling with Peggy’s behavioural problems – she has severe separation anxiety and is prone to aggressively guarding objects and areas of the home.

Her owners were worried about not being able to leave Peggy as they were soon returning to work and after speaking to the local Blue Cross animal behaviourist decided to hand her over to be rehomed.

Due to her anxiety, she could not be left in the kennels and the team could not assess her behaviour while she was so stressed at being left alone.

So, volunteer coordinator and animal welfare assistant at the centre, Jenny Day, took on the challenge of fostering her and worked with the centre’s behaviourists to find out what was wrong with Peggy and how she could be helped.

‘It took a lot of patience to help Peggy gain some confidence and find her feet,’ says Jenny. ‘We took our time for her to settle in and start to trust us. We worked with her slowly until she started to show her true self – a fantastic little dog who is playful and very clever.

‘We are delighted to have now found her an understanding home where she will continue to feel supported.’

The miniature poodle, cavalier king Charles spaniel, bichon frise cross has settled in to her new home well and she looks forward to a happy adult life.

Blue Cross will continue to provide behavioural support to her owners, if needed, for the rest of her life – as they do for all pets that they rehome.

‘Peggy’s previous family did exactly the right thing by contacting us,’ says Jenny.

‘We fear many other owners who took on a pandemic pet will find themselves in a similar situation as more and more return to their workplaces.

‘Some owners may even consider having their pet put to sleep so we urge anyone who are concerned with their pet’s behaviour, or just struggling to cope, to contact Blue Cross for advice and support.’