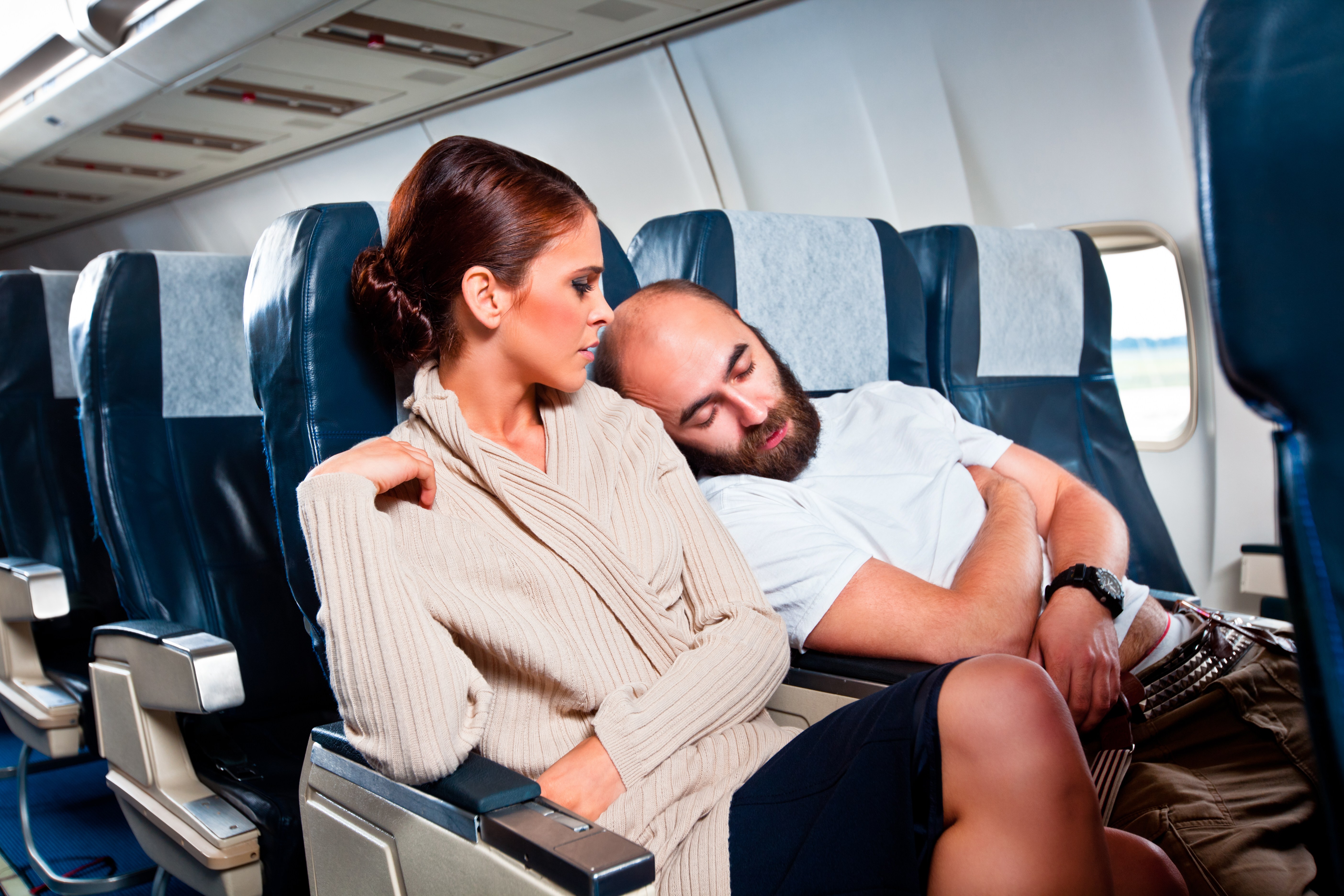 As I’m about to board my first flight of 2023, I’m reminded of my new year’s resolution: to be on time and behave. And I’m hoping I’m not the only one with this resolution.

Just days into a new year and already two British men face federal charges for allegedly drunkenly disrupting a flight from Cancún, while another was arrested after allegedly urinating on a passenger on a flight from New York to New Delhi.

Despite the open bar and lawless attitude, we passengers must still adhere to social etiquette rules when flying at 30,000ft. And that means no nicking booze from the galley, no cheeky playing footise under the blanket with your other half and certainly no vaping in the loos. Rules are there for a reason, people.

A study conducted by online travel agency Opodo found that a naughty 14 per cent of Brits and 31 per cent of Americans have admitted to smoking in the plane bathrooms, which could put other passengers in danger.

And 14 per cent of UK travellers admitted to illegally having sex on a plane, compared with the more liberal 31 per cent of Americans who have managed to join the Mile High Club.

According to the worldwide poll, 10% of British passengers revealed they’d been caught stealing their neighbour’s food when they go to the bathroom, while one in four have intentionally sat in the wrong seat, preferring it to their own.

Have we really forgotten how to behave on a plane?

According to the US Federal Aviation Administration, 2021 was the worst year on record for incidents of unruly passenger behaviour in the US – six times higher than it was in 2020.

The incidents include a brazen guy from Florida who was removed from a United Airlines flight to Washington for wearing a red ladies’ thong over his face instead of the legally required face mask. And the lady who got kicked off an American Airlines flight for repeatedly singing Whitney Houston’s I Will Always Love You – a bold choice.

Thankfully, not all weird behaviour results in arrest. I once embarrassed myself on a flight after a combination of breakfast gins and a particularly emotional rom-com resulted in loud, inconsolable howling on a flight to Mauritius. My seat neighbour felt it was his duty to alert the cabin crew, thinking I’d suffered some kind of mid-flight breakdown.

While I’ve never smoked in the loo, stolen from a fellow passenger or had sex on a plane (honest), I’ve come painfully close to missing my flight because of tardiness.

I used to think of myself as a fly-by-the-seat-of-my-pants kind of traveller and would often time my arrival at the gate so I could sweep on to the plane seconds before the doors shut.

Of course, this never resulted in the celebrity status I desired. Instead, such behaviour attracted dirty looks from exasperated passengers and caused the cabin manager to growl, ‘Next time, Ms Davies, you’re off the flight. Now sit down!’

Which is fair enough, considering the first rule of flight club is always, always be considerate to everyone else on board. And the second rule is: try and stick to just one gin and tonic.

What’s the weirdest behaviour you’ve seen on a flight?

Email [email protected] or text VIEWS then your comment, name and where you live to 65700.