A sign of superior wit! Hilarious snaps reveal some VERY cleverly-worded notices that won’t fail to catch your attention

Standing out from the crowd is a tough task in today’s hyper-connected world, with countless demands on people’s attention, but sometimes a sharp sense of wit is all you need.

Bored Panda has revealed a selection of amusing signs shared by people from around the US, varying from funny adverts to sarcastic pranks.

One sign in front of a café invited patrons to come try their coffee after a woman called it the worse caffeine fix she’d ever had in a TripAdvisor review.

In another, a humorous ‘missing pet’ sign called on neighbours to stay on the lookout for an automated vacuum cleaner – saying it ‘didn’t bite’.

Meanwhile, a sign on an unfinished emergency phone station advised people not to have an emergency in that location. 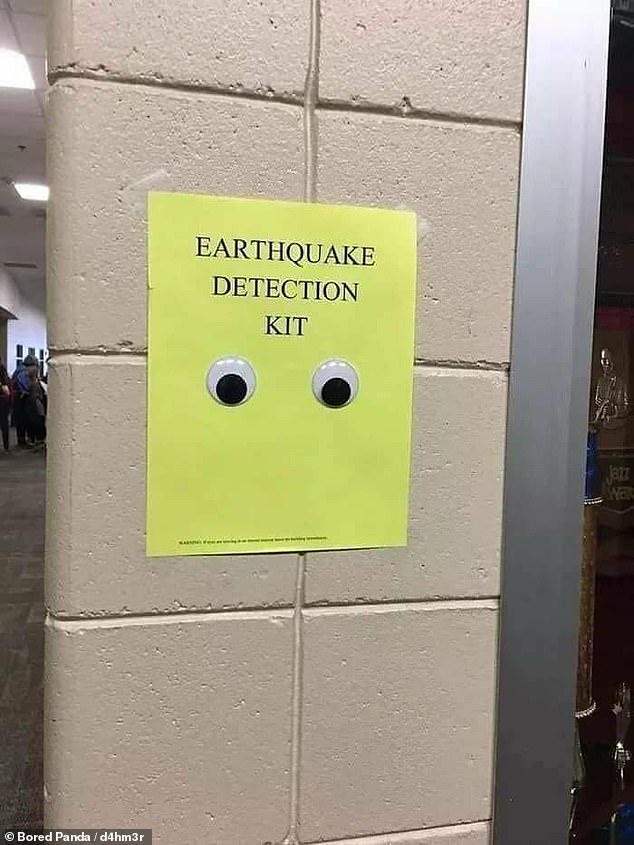 People have share some hilarious signs they’ve come across. Pictured: an ‘earthquake detection kit’ made of googly eyes 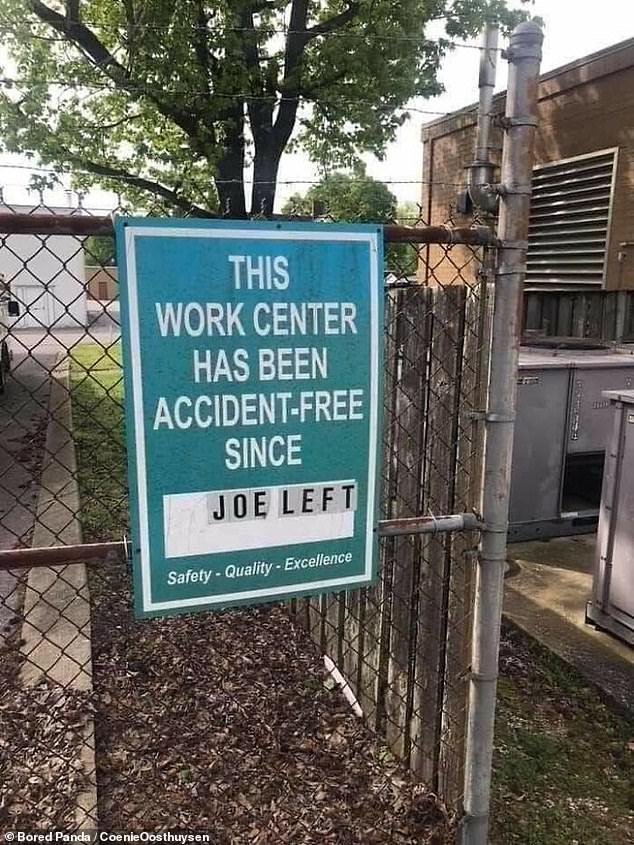 We don’t know what Joe did to earn this sign, but it seems his workplace has been better off this way 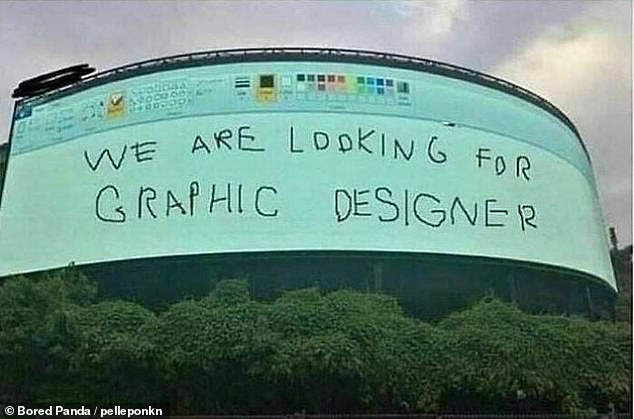 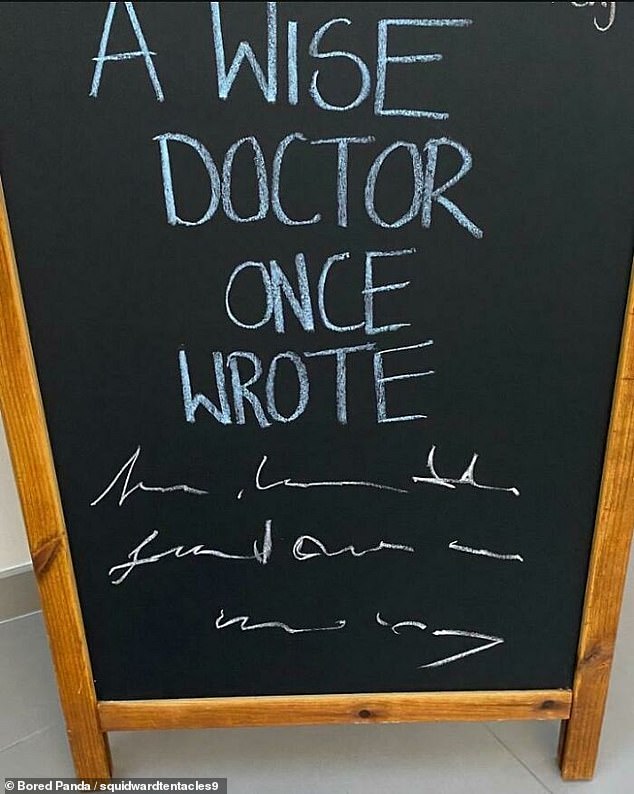 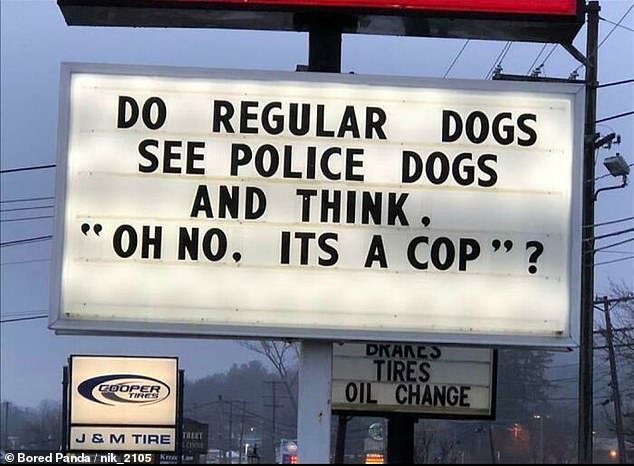 A dog’s life! One person wondered whether dogs treated pooches who worked for the force differently 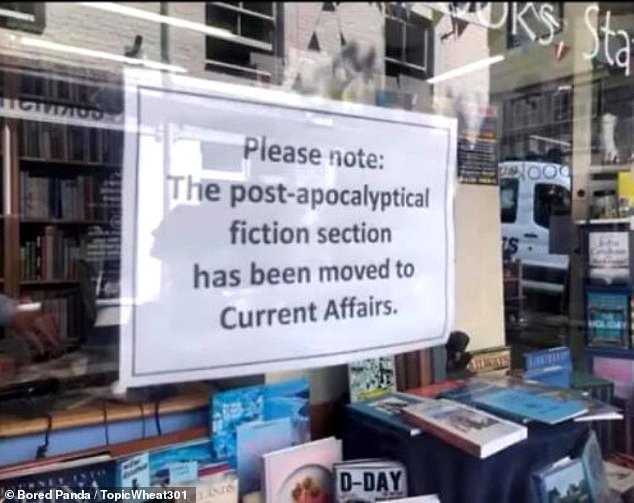 After the year we’ve had, a library decided to have a little bit of fun with this sign about their post-apocalyptic fiction works 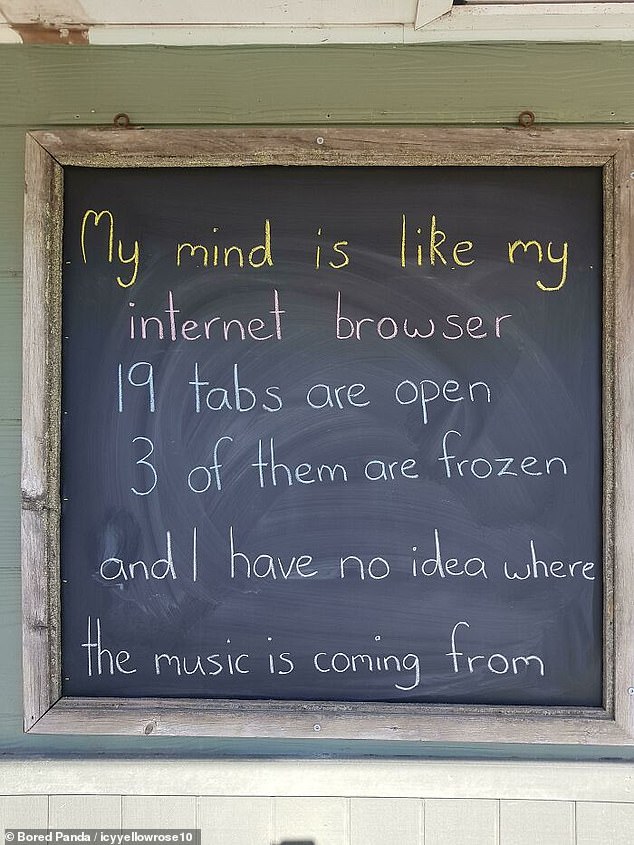 One person made people chuckle by comparing their mind with their internet browser, saying they had 19 tabs open 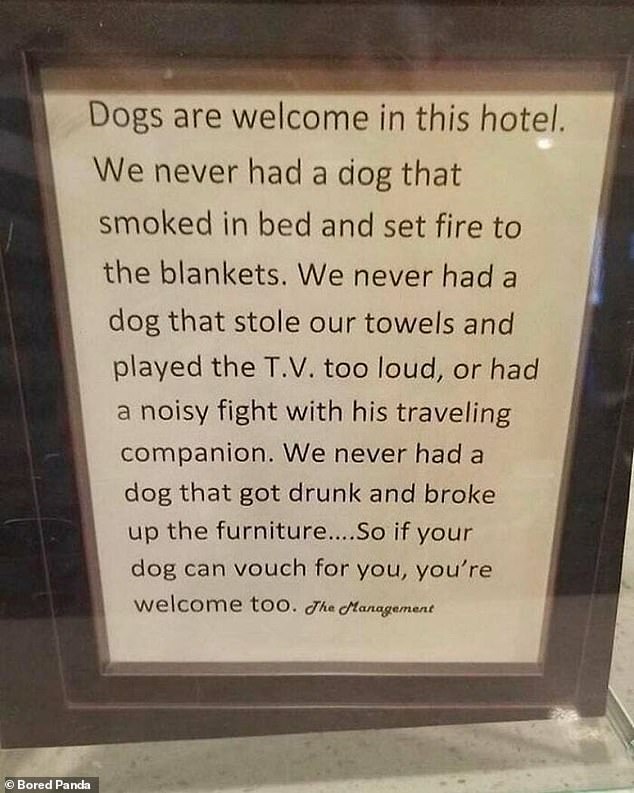 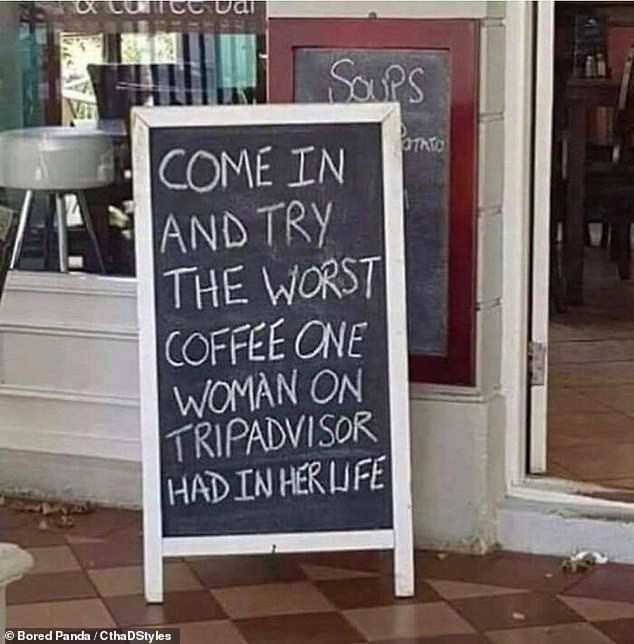 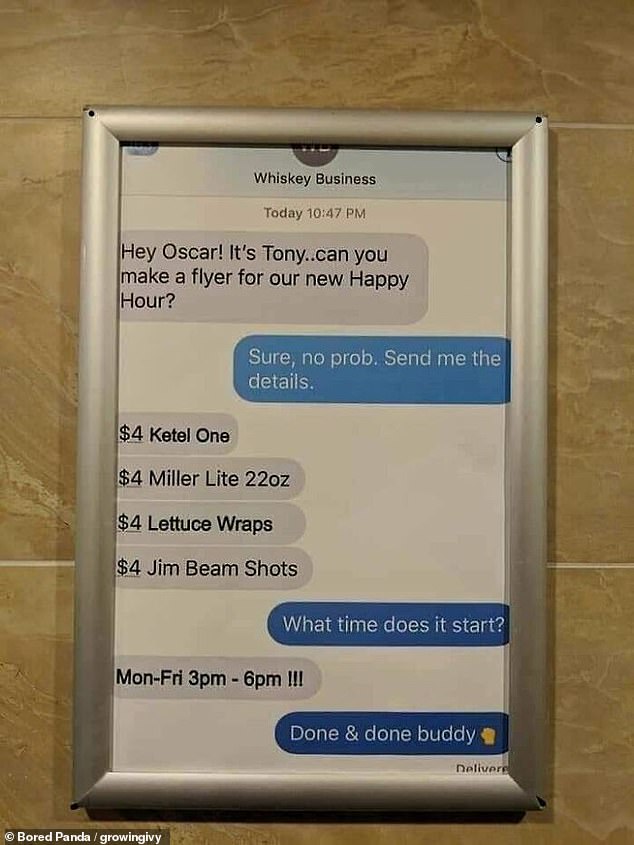 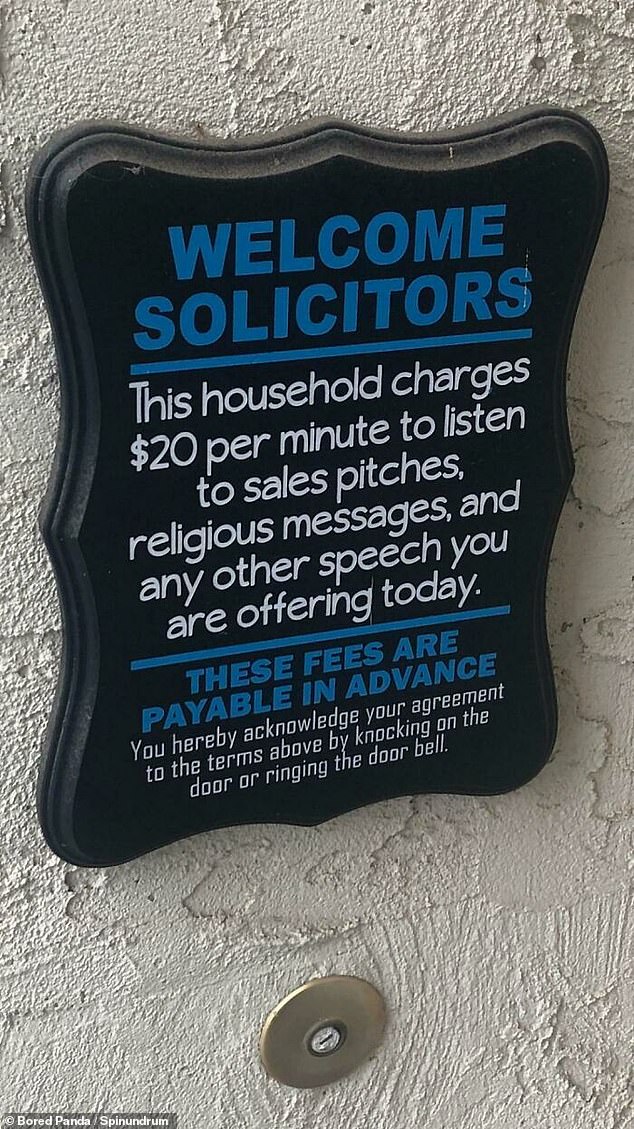 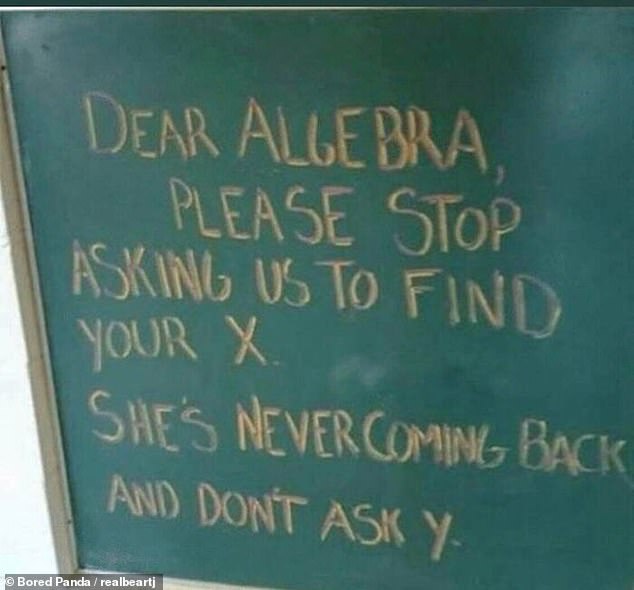 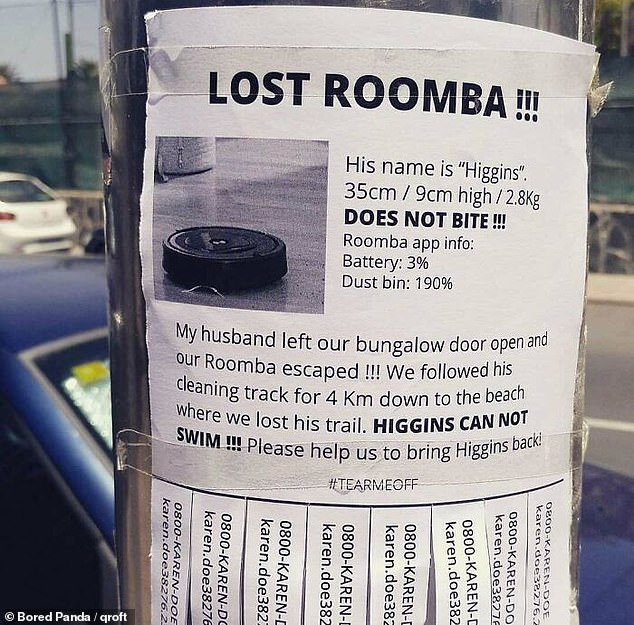 A prankster left missing signs for their roomba, called ‘Higgins’ which they said did not ‘bite’ and that it ‘could not swim’ 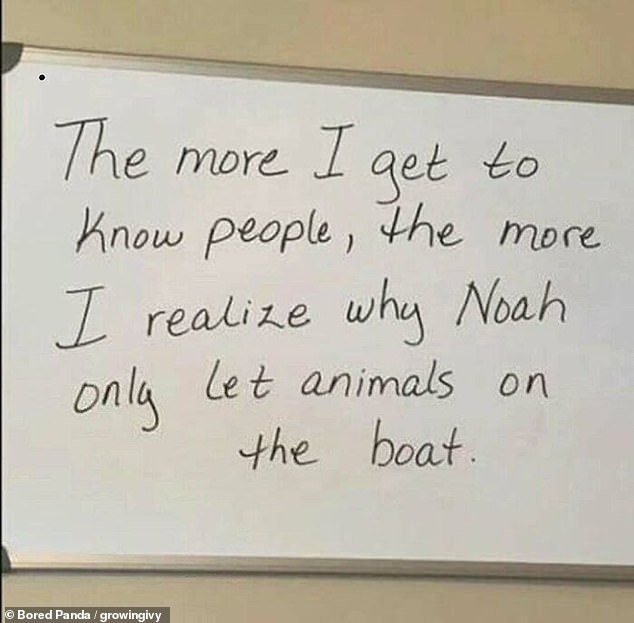 One person wrote this sarcastic religious epiphany on a white board for all to see, explaining he understood why Noah only put animals on his ark before the Biblical Flood 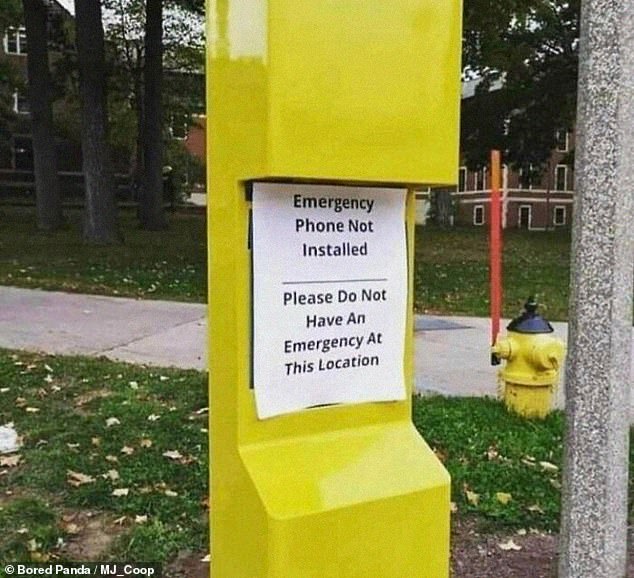