Labor Party elder Jenny Macklin wants an “end to impunity” for men in Parliament who behave badly and a system that delivers real consequences for harassers who she says should be cut loose.

Ms Macklin and Kate Thwaites – her former staffer who won the seat of Jagajaga at the 2019 election after the Labor frontbencher retired – say the culture of the federal Parliament has “permitted and encouraged a power balance and allowed men to behave with a sense of impunity”. 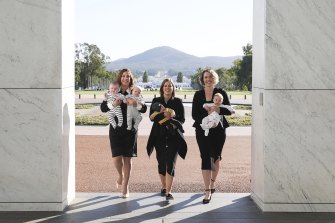 The pair have written an essay, Enough is Enough, for Monash University Publishing’s In the National Interest series, an excerpt of which is published in the Sydney Morning Herald and The Age today.

They seek to explain what is it about Parliament’s culture, structure and practices that have led to this situation, and push for change.

But they are under no illusions about the task ahead.

“Cultural change, particularly, takes a long time. And also some of the structural changes take a long time,” Ms Macklin told the Herald and The Age.

It took Labor 30 years from when it introduced quotas to elect women until it reached near-gender parity among its federal representatives. And Ms Macklin’s push for taxpayer-funded paid parental leave took a decade of work before it came to fruition.

Both women are hopeful Sex Discrimination Commissioner Kate Jenkins’ review of parliamentary workplace culture will yield strong recommendations on how to overhaul an environment that is often hostile to women and ensure there are consequences for perpetrators.

“Changing the politics of Parliament House must include being prepared to cut loose those who behave badly,” they write.

Ms Thwaites said this would require bravery from political leaders but there were examples from other Parliaments, such as in New Zealand and the UK. 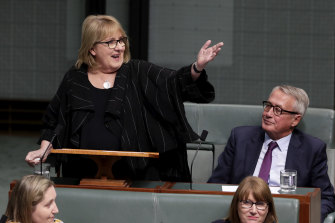 “The moment that we have that arises because so many brave women have decided to tell their stories, we can’t lose that momentum due to an election,” she told the Herald and The Age.

“This is too important for it to become just an election issue, it goes on long-term … [and] it goes to what we say to women in Australia, about how we value them and how we see them as equal.”

However, Ms Macklin also believed it was important to emphasise the gains that had been won: representation of women in Parliament, sex discrimination laws, subsidised contraception, legal abortion, and paid parental leave.

She wants to make sure younger women still see parliamentary life as worthwhile.

“Yes, we have to make sure it’s a safe workplace for members of Parliament and for staff but we also need to really reinforce that this is the place where you can make the changes that improve people’s lives,” she said.

One driver of broader cultural change they suggest is a further expansion of paid parental leave to encourage fathers to take on more caring roles.

Ms Thwaites said the first step would be to take the existing, decade-old scheme and strengthen the dad and partner pay element, which is currently only two weeks. Further changes should look at the level of pay and offering a significant “use it or lose it” portion, which international evidence has shown is highly effective at getting men to take parental leave.