J.Law and hubby show off the silver lining of matching attire

Jennifer Lawrence put her baby bump on full display at the Rally for Abortion Justice in Washington, D.C., on Saturday.

The actress – who is expecting her first child with husband Cooke Maroney – attended the the Women’s March and Planned Parenthood-supported rally with her pal, Amy Schumer, who documented the outing on Instagram.

Lawrence, chic in a checkered dress and denim jacket, proudly held up a sign that read, “Women can’t be free if they don’t control their bodies,” while Schumer’s stated, “Abortion is essential.”

In the caption for the pic, Schumer referenced her recent surgery to have both her appendix and uterus removed due to extensive endometriosis.

“I don’t have a uterus and she is pregnant but we out here,” the comedian wrote.

Lawrence, 31, and Schumer 40, attended the rally to show support for abortion rights in response to Texas enacting Senate Bill 8 — a law banning abortion after six weeks of pregnancy with no exceptions for incest or rape. 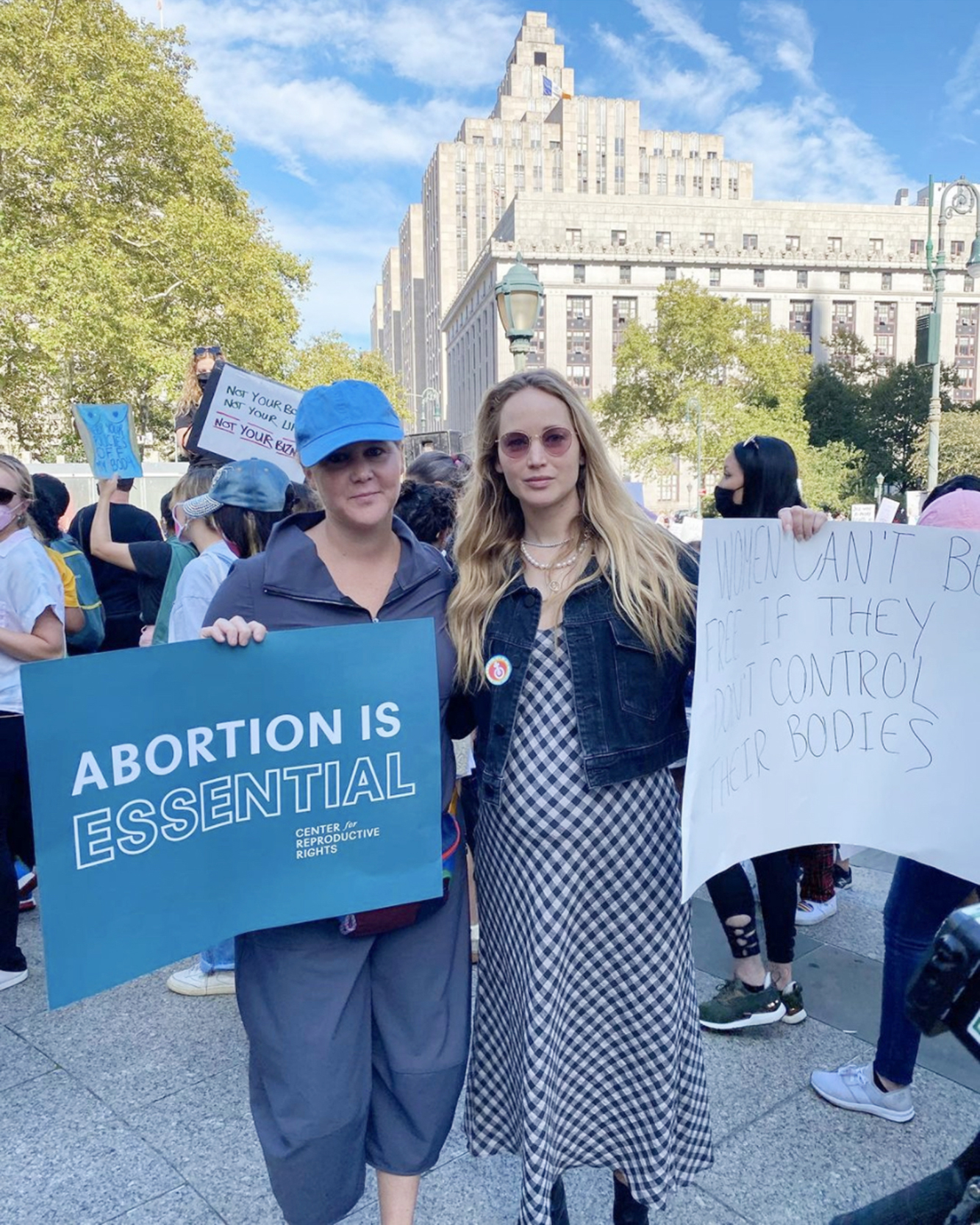 Protestors were also hoping to be seen and heard ahead of the Supreme Court’s upcoming hearing regarding Mississippi lawmakers’ request to overturn the Roe v. Wade case, according to Reuters.

In addition to the rally in D.C., over 650 events were happening in relation to the Women’s March across the United States over the weekend.

In New York City, hundreds of protestors crossed the Brooklyn Bridge while an estimated 2,000 gathered for a rally in Foley Square. The two groups conjoined at one point in Washington Square Park. 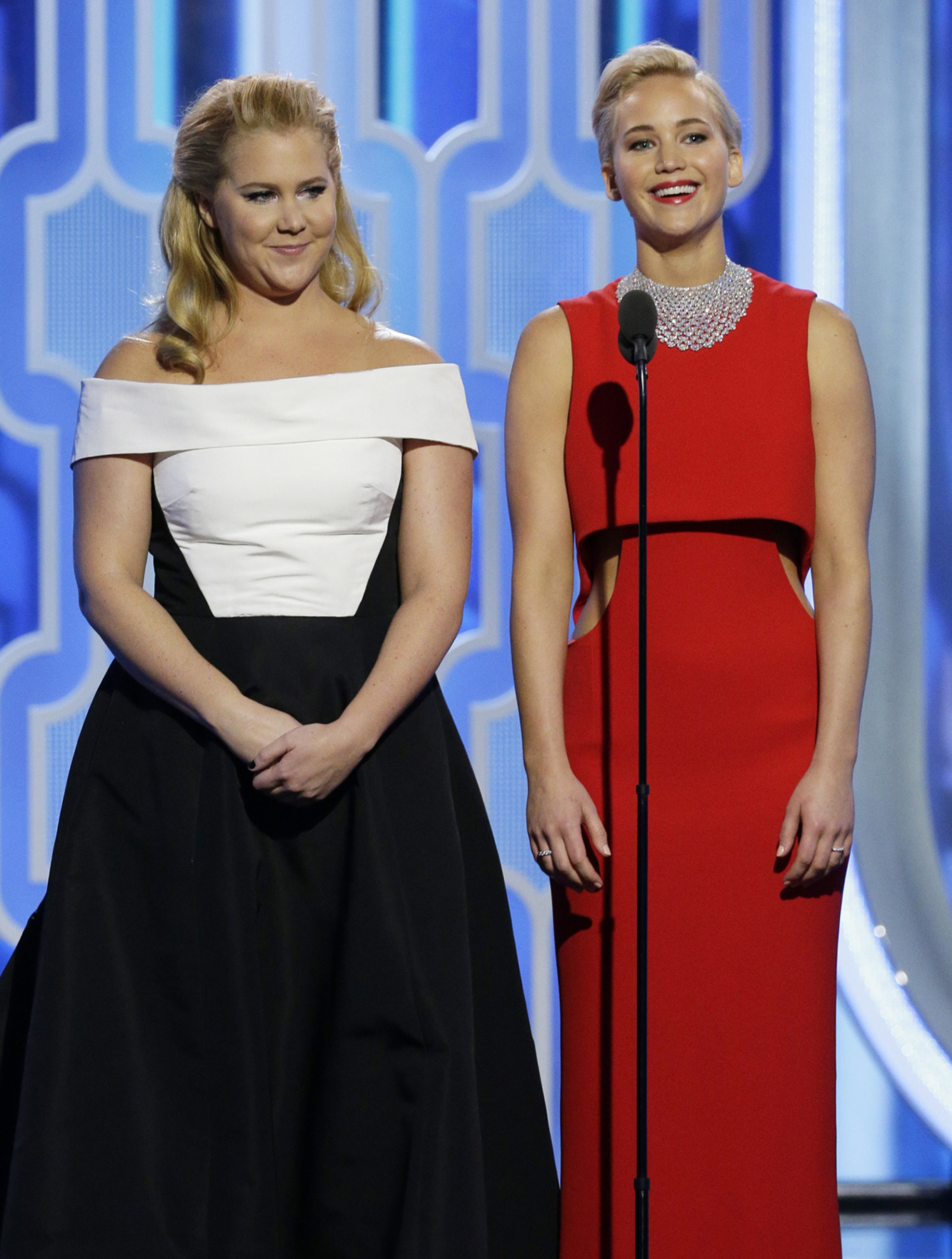 Lawrence’s appearance at the rally came just a few weeks after she confirmed she was pregnant with her first child.

This will be her first baby with Maroney, whom she wed in October 2019.