Prince Harry and Meghan Markle attended a special reception for the 2022 Invictus Games competitors Friday in the Netherlands.

The couple were seen in the Hague with participants, with Markle wearing a loose and luxe white Valentino suit, white heels and a cream clutch with gold hardware. Harry had on his signature navy suit as he smiled and waved to onlookers. 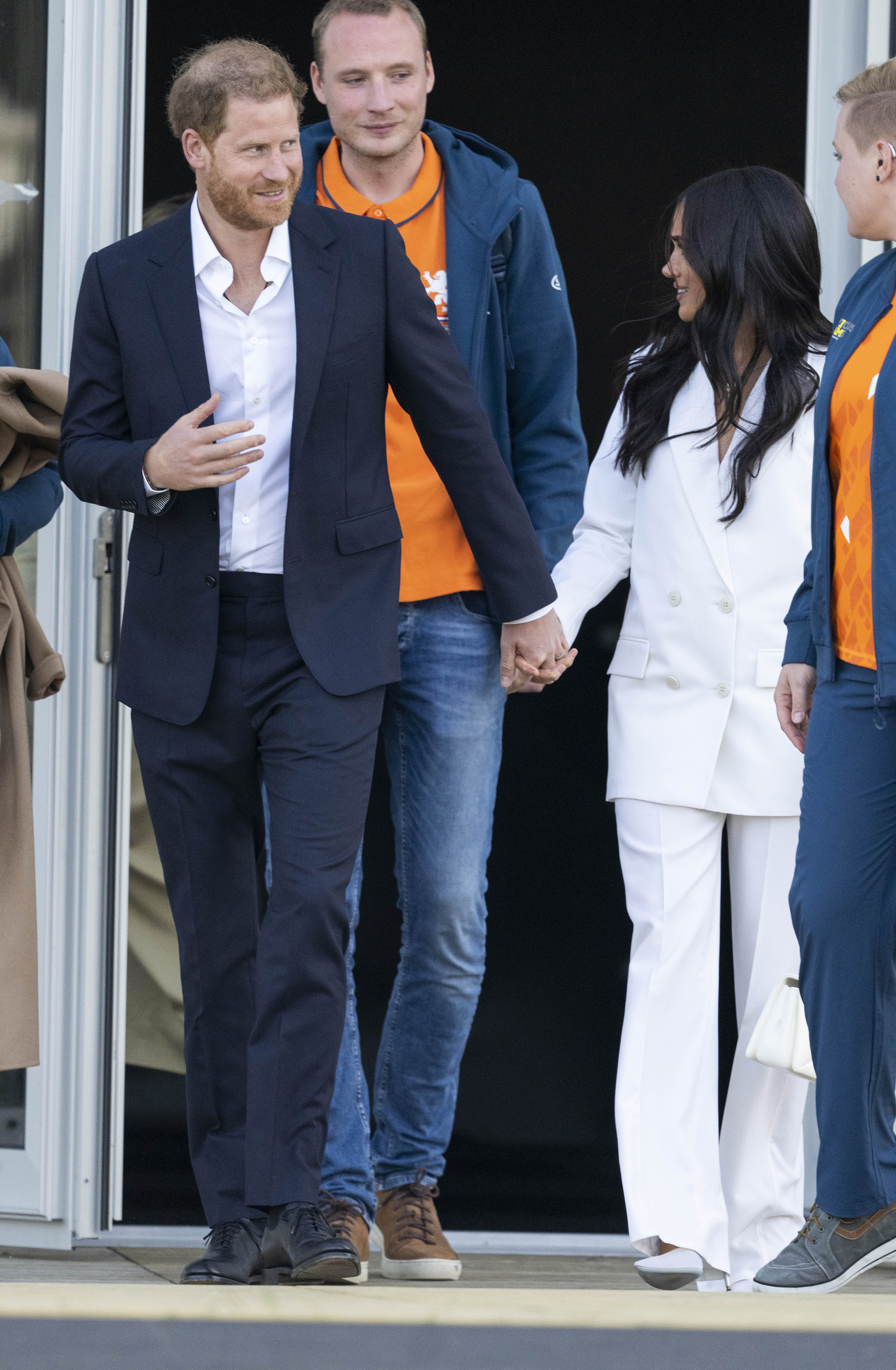 Once inside, the couple mingled with competitors, their families and city leaders from the Dutch Ministry of Defence.

Harry, 37, and Markle, 40, also met the Ukrainian Invictus team, with player Oleg Karpenko tweeting about the experience, “You just look who is here with us the Prince himself with a calendar. The Invictus Games Ukraine team will soon start winning its medals at these competitions. Proud.” 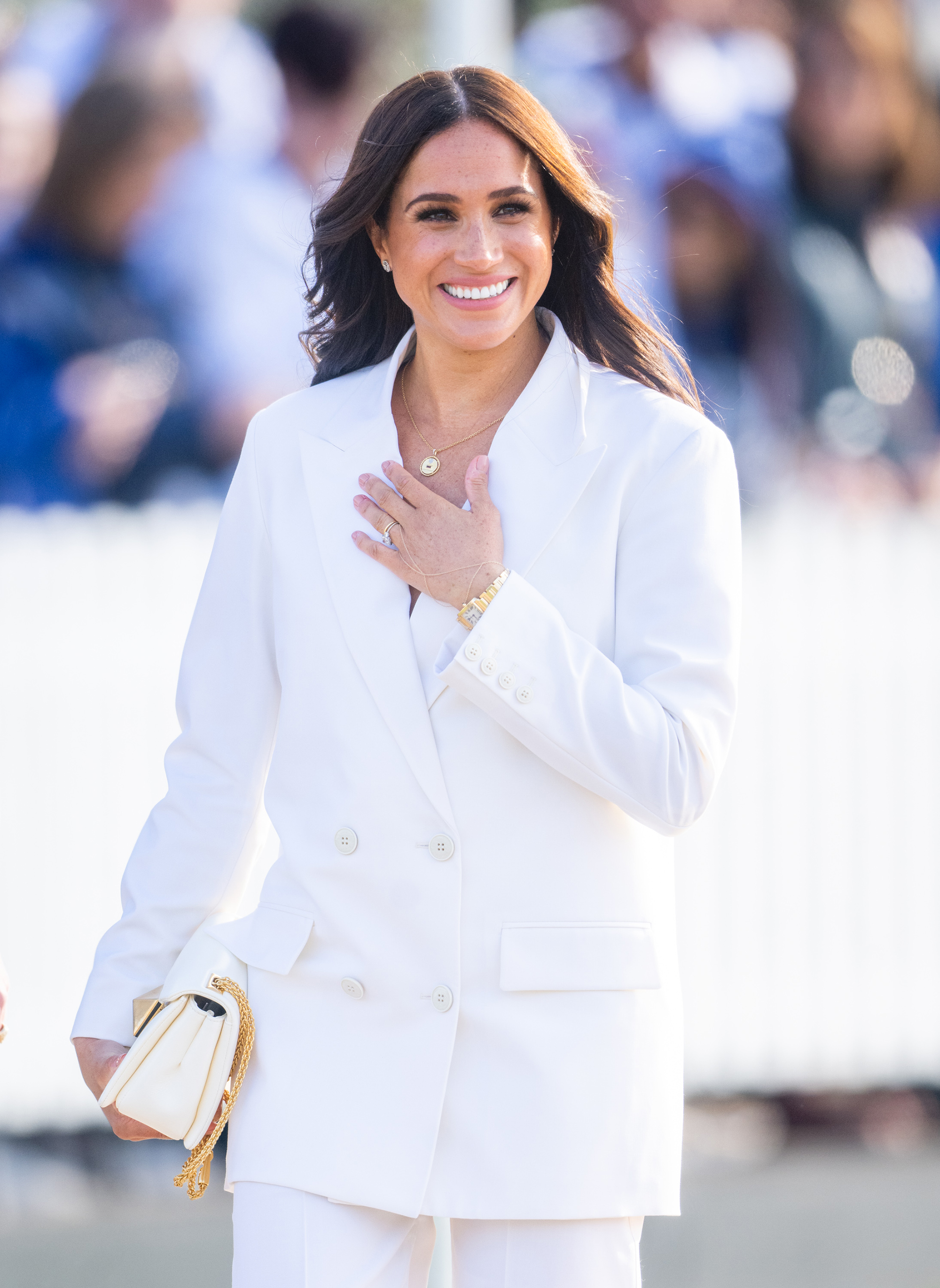 Their time at the reception was reportedly filmed for an upcoming Netflix documentary.

Markle will stay with her hubby for the first few days of the tournament — taking place April 16 to 22 — before flying home to California, leaving Harry to finish out the event. 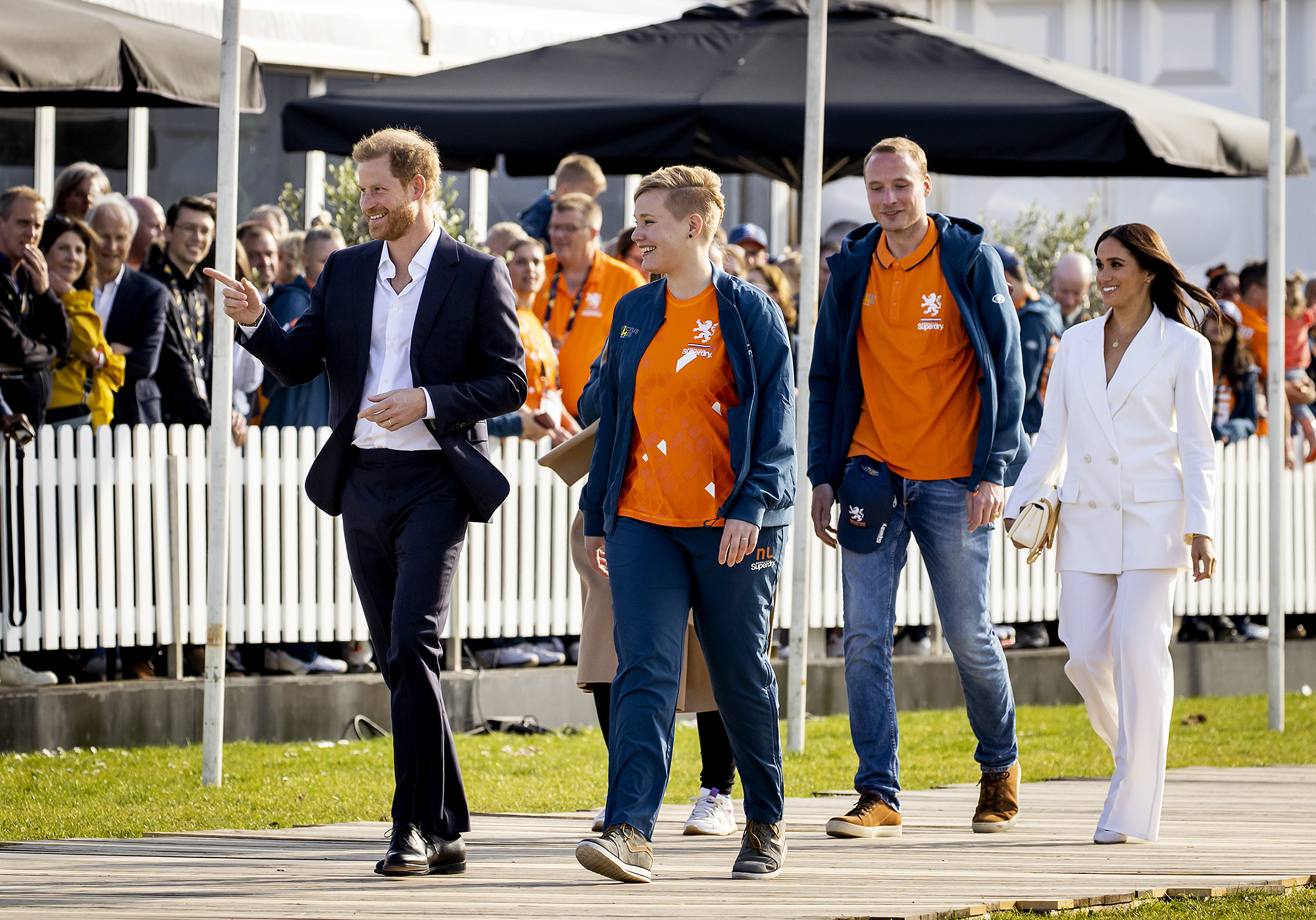 The Duke of Sussex launched the Invictus Games in 2014 after attending the Warrior Games, a competition for wounded service members in the US.

“He saw how the power of sport could help physically, psychologically and socially,” reads the Invictus website. 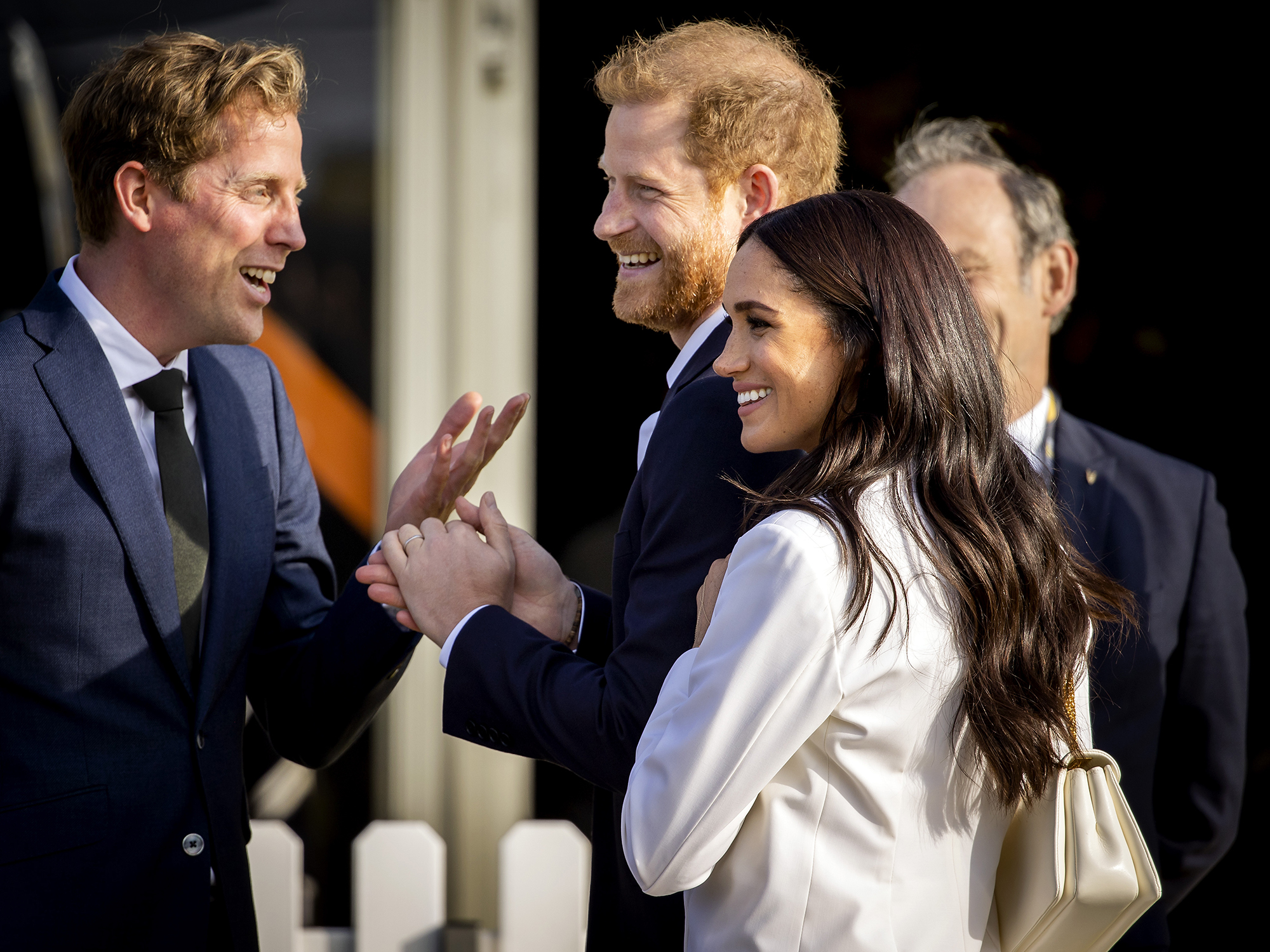 The stop came one day after the couple quietly paid a visit to Queen Elizabeth II and Prince Charles at Windsor Castle ahead of the monarch’s 96th birthday.

“We can confirm that they visited the duke’s grandmother, as we previously said he hoped to do,” said their spokesperson. “They stopped by the UK on their way to the Hague to attend the Invictus Games.”

It was Harry and Markle’s first time in the UK together since exiting the royal family in 2020. They did not bring their two children: Archie, 2, and Lilibet, 10 months.