Harry and Meghan cynically toying with the queen’s emotions: insider

Prince Harry and Meghan Markle were taken for a ride at the Invictus Games.

The couple was snapped squeezing into mini kiddie cars each accompanied by a young driver for the “race” that ended with the royal throwing up his arms in victory.

They were on hand on Saturday in the Netherlands for the first medal event of the fifth Invictus Games, the Jaguar Land Rover Driving Challenge.

The challenge designed to test precision, skill and teamwork, saw Prince Harry getting in on the action.

He hopped into a Land Rover and helped the driver navigate a tricky set of hills. Markle was nearby, cheering on her husband.

The Duke of Sussex launched the Invictus Games in 2014 after attending the Warrior Games, a competition for wounded service members in the US. 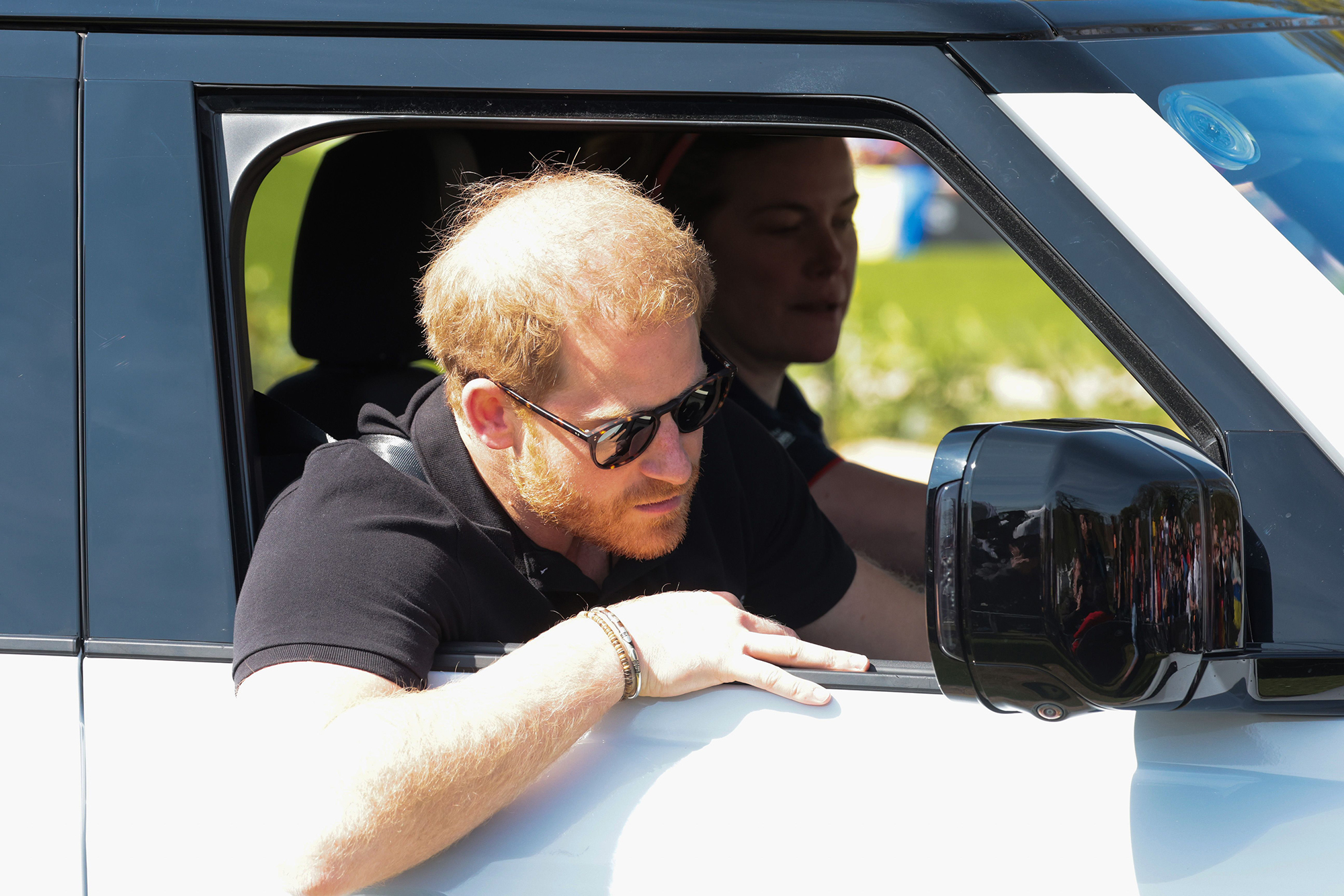 The Games were to have taken place in 2020 but were postponed due to the COVID-19 pandemic.

The couple had arrived the day before to open the Games that Prince Harry created. Markle will stay with Harry for the first few days of the tournament, which ends on April 22nd, before flying home to California. 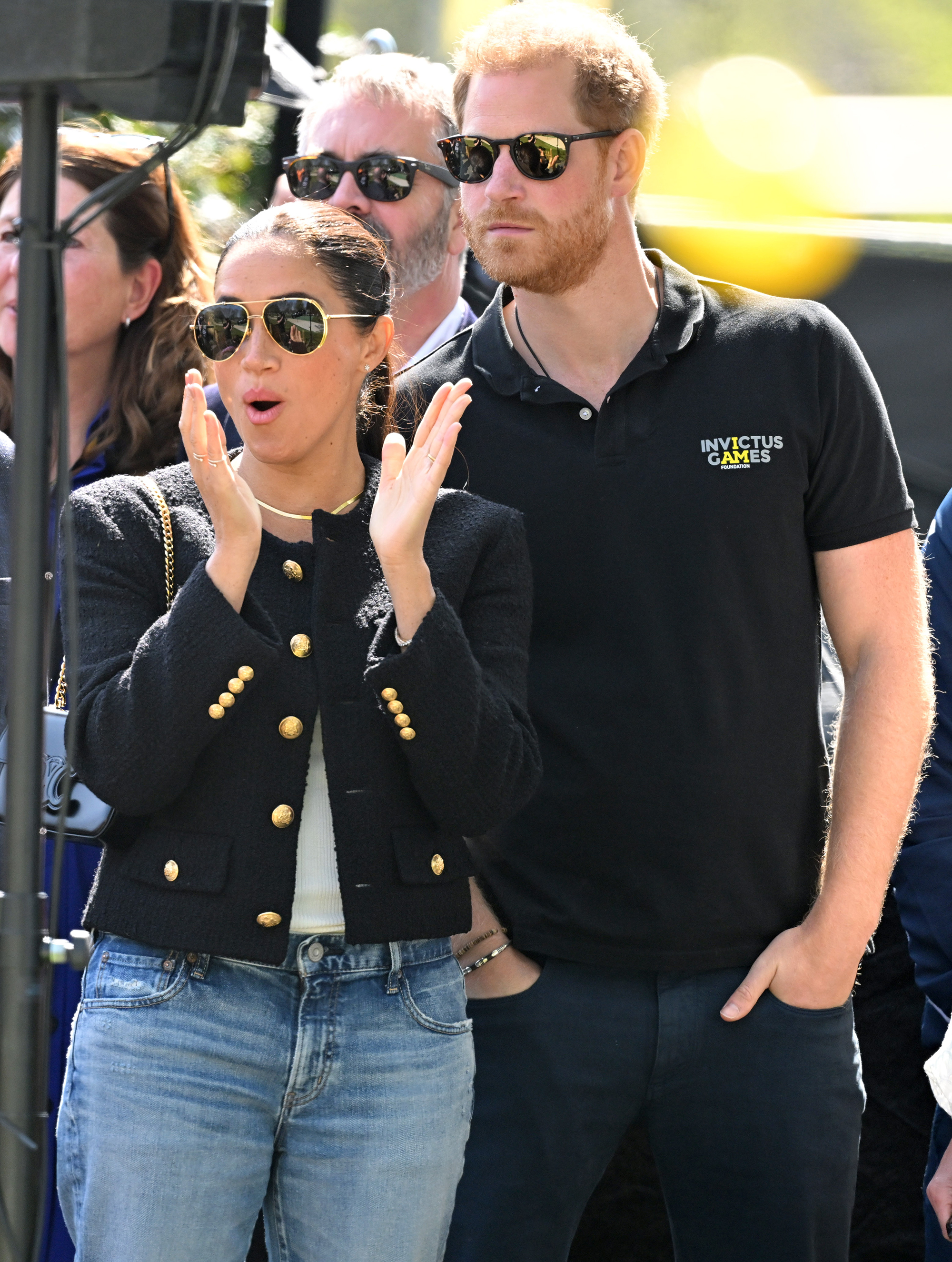 Before flying into the Netherlands the pair touched down in the UK to pay a visit to his grandmother, Queen Elizabeth II and his father, Prince Charles, at Windsor Castle.

“We can confirm that they visited the duke’s grandmother, as we previously said he hoped to do,” said their spokesperson. “They stopped by the UK on their way to the Hague to attend the Invictus Games.”

It was their first time in the UK together since bowing out of their royal family jobs in 2020. Their children, Archie, 2, and Lilibet, 10 months, stayed home in California.