Harry and Meghan could soon be fully ‘ditched’ from royal family

When Prince Harry is expected to fly back to California

Prince Harry said on his new Apple TV+ show that he has “no regrets at all” about his decision to move to California with his wife Meghan Markle.

The Duke of Sussex — who stunned the world by quitting the royal family in 2020 — revealed how Markle was smeared by palace insiders.

“Because of their headlines and that combined effort of The Firm and the media to smear her, I was woken up in the middle of the night to her crying in her pillow because she doesn’t want to wake me up because I’m already carrying too much,” he told Oprah Winfrey on their new Apple TV+ mental health show, “The Me You Can’t See.”

He made it clear has no regrets about the move — nor his bombshell interview with Oprah Winfrey in which Markle revealed she felt suicidal after dealing with the palace life. And he said he is now living the life his mother Princess Diana wished she could have lived.

“I like to think we were able to speak truth in the most compassionate way possible, therefore leaving an opening for reconciliation and healing,” he said.

He said that Markle had broken down before the Winfrey interview in March over treatment by insiders at “The Firm,” the nickname for the royal family. 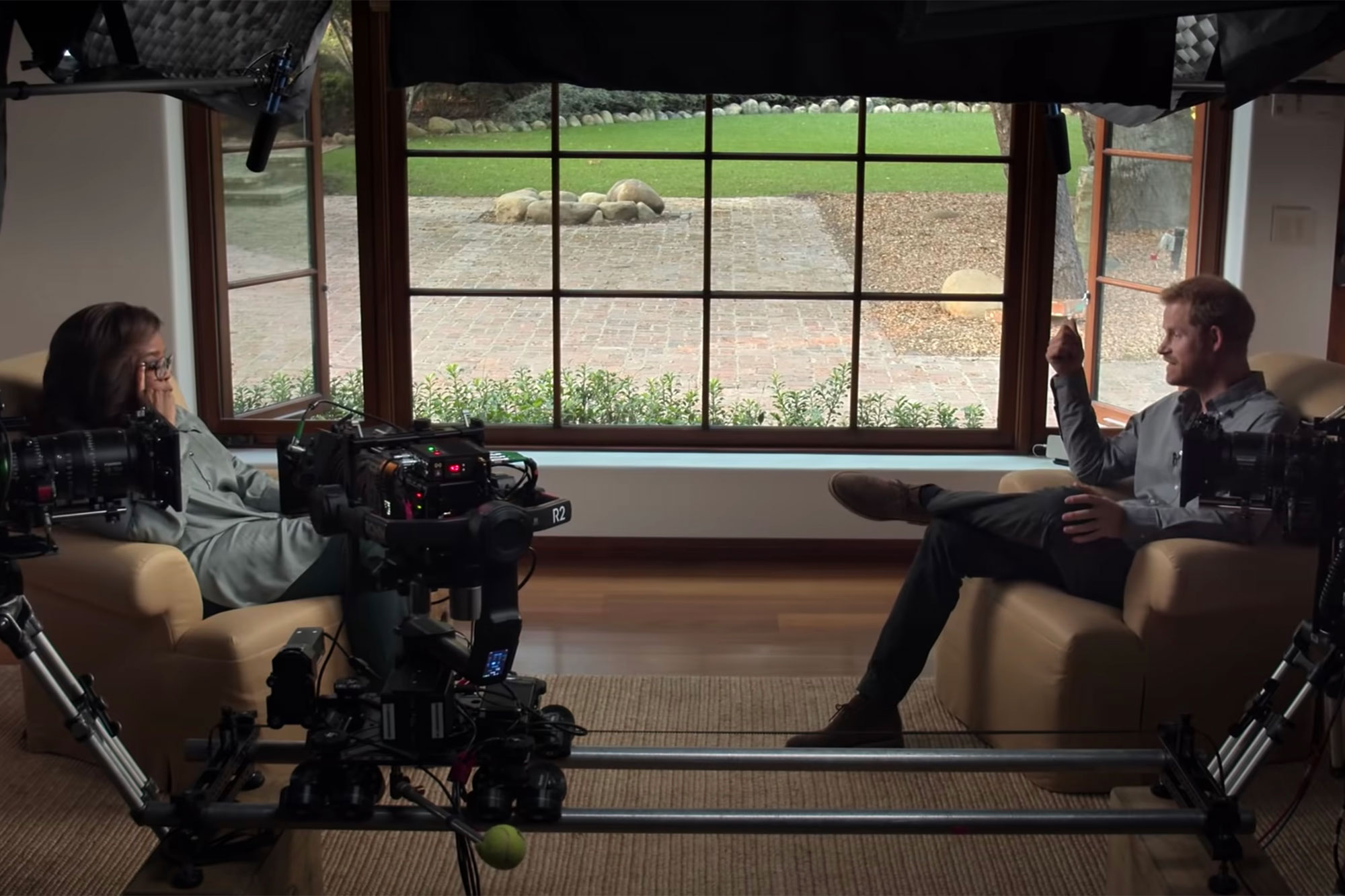 He said that therapy had “equipped him” to be able to take on anything, saying he only had compassion and no anger, adding: “Without therapy and without doing the work we would not be able to withstand this.”

“Making this move is really scary, like at every possible opportunity the forces that were working against us tried to make it impossible.” he said

“Did I expect to find ourselves in this situation so quickly? No. I think we’ve done a really good job. I have no regrets, it’s incredibly sad, but I have no regrets at all because now I’m in a place where I feel like I should have been four years ago.”

The prince maintained that he is now more comfortable in his own skin and doesn’t get panic attacks.

“I’ve learned more about myself in the last four years than I have in the 32 years before that. I have my wife to thank for that,” Harry said.

He said he never dreamed of having a life with Archie “who makes us laugh every day,” two dogs and a baby girl on the way.

“I have no doubt my mum would be incredibly proud of me, I’m living the life that she wanted to live for herself … living life as she wanted us to be able to live,” he said.

“So not only do I know she’s incredibly proud of me, but that she’s helped me get here and I’ve never felt her presence more as I have done over the past year.”

Reflecting on Diana, who died in 1997, he added: “I wish she could have met Meghan, I wish she was around for Archie.”

He said there is a photo up of Diana in Archie’s nursery, and that one of his first words was “Granny Diana,” adding: “It’s the sweetest thing … at the same time, it makes me really sad because she should be here.”

Harry says he is now on his way to having healed that part of his life.

“I’m still the person that I was, but I’m just a better version of that,” he said. “I kind of feel that this was always meant to be.”