Queen’s trademark hats prove she is ‘indentured to service’ because she’s made them part of her’work uniform’ in the same way as members of the armed forces, royal expert claims

The Queen’s trademark hats act as a reminder that she is ‘indentured’ to the job of serving the nation, a royal expert has claimed in a new book about royal fashion.

British author Robert Lacey, who is a historical consultant for Netflix drama The Crown, shared his thoughts with fashion journalist Elizabeth Holmes for her new book, HRH: So Many Thoughts on Royal Style.

Referring to her hats, of which the Queen appears to have a vast collection to match her brightly coloured outfits, Lacey – who recently penned Battle of Brothers: William and Harry – The Inside Story of a Family in Tumult – explained: ‘Very few modern women wear a hat as part of their work uniform, aside from perhaps members of the armed forces. It’s a reminder that the Queen is indentured to a service, to a job.’ 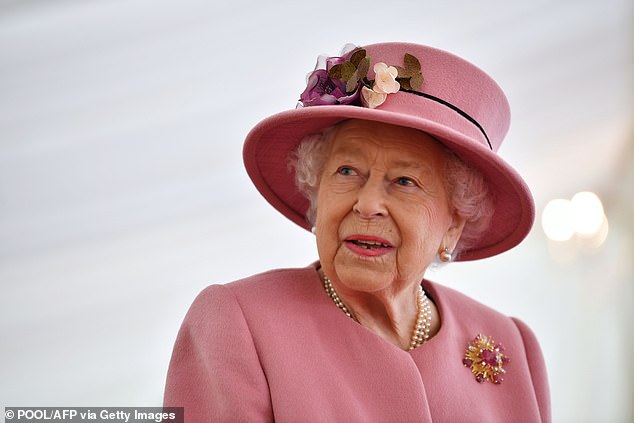 2020: The Queen’s trademark hats act as a reminder that she is ‘indentured’ to the job of serving the nation, a royal expert has claimed in a new book about royal fashion. Pictured: Her Majesty in October this year at Porton Down science park near Salisbury 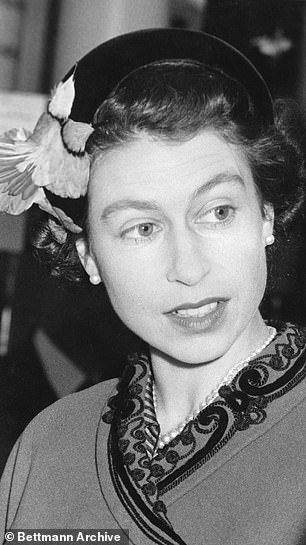 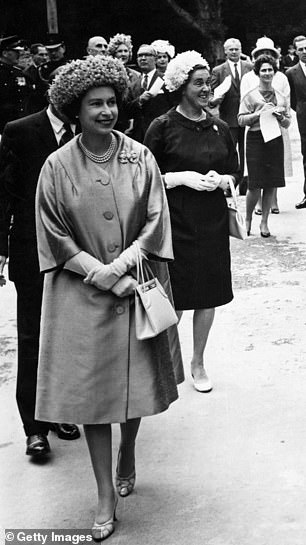 1954 and 1963: Lacey previously made the point that hats are ‘very significant items of clothing in a monarch’. Pictured left: the Queen in London in 1954 and right, on a visit to the Outward Bound School for Boys at Aberdovey in 1963 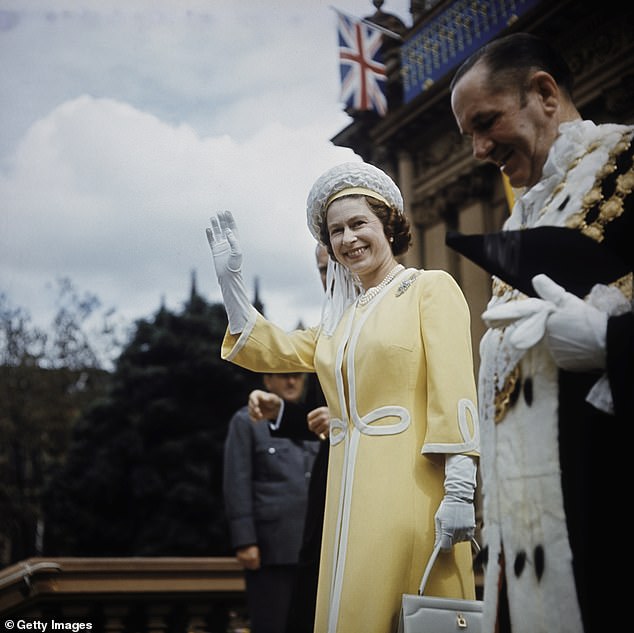 1970: The Queen is renowned for her bold, brightly coloured hats which she is often pictured wearing while performing official engagements. Pictured in Sydney in May 1970

In HRH, Holmes goes right back to the Queen’s childhood and analyses her style choices throughout the decades, from her coronation in 1952 to an overhaul of her wardrobe in the late Nineties – which sparked her penchant for bright coats.

Since then, little has changed, remarked Holmes. ‘Nobody dresses like the Queen. And nobody probably ever will,’ she told  People in an interview following the release of her book yesterday.

‘It is a very singular look that she has devised, and she’s committed to it… It’s not her job to be trendy.

‘Can you imagine how unstable right now it would be to see the Queen flipping from one designer to the next, or trying out to different trends? There is something immensely calming in her consistency.’ 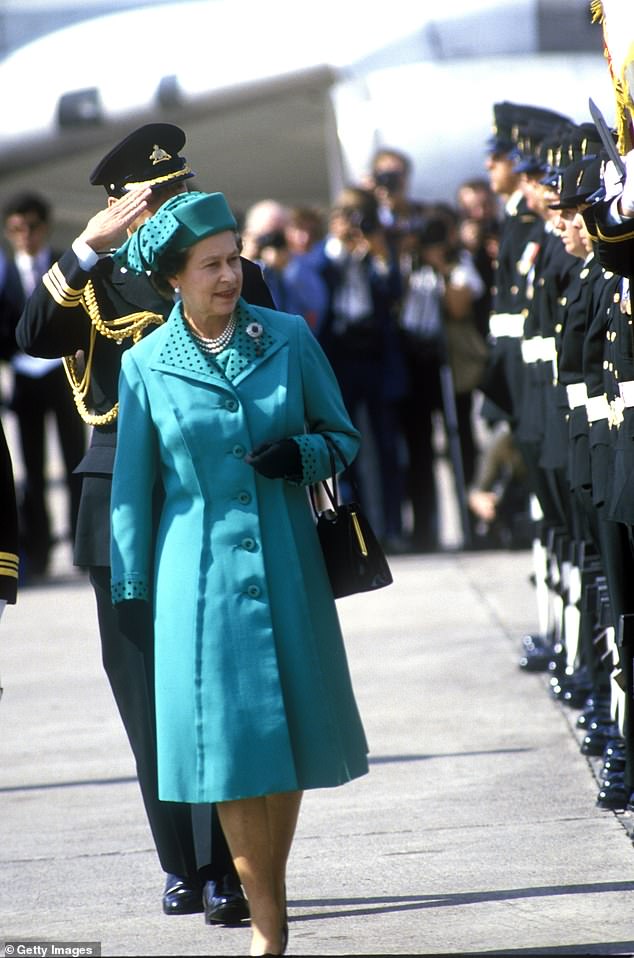 In the 2017 documentary The Queen at 90, Sophie Wessex said the Queen always wears a hat for public engagements because she needs to stand out – and they give her more height. Pictured during her tour of Canada in 1984

Holmes spent over 10 years as a business and fashion journalist for the Wall Street Journal and has amassed more than 142,000 followers for her Instagram account So Many Thoughts, in which she discusses royal fashion.

For her book, which charts the fashion journeys of the Queen, Princess Diana, Kate Middleton and Meghan Markle, she interviewed numerous fashion experts and designers for her book, some of whom have worked within the royal household.

‘What I find so fascinating about royal style, in particular, is the ways in which these women use their clothes,’ she told People.

‘Their clothes are so beautiful, but they mean a lot, too… It’s proof of the power of fashion.’ 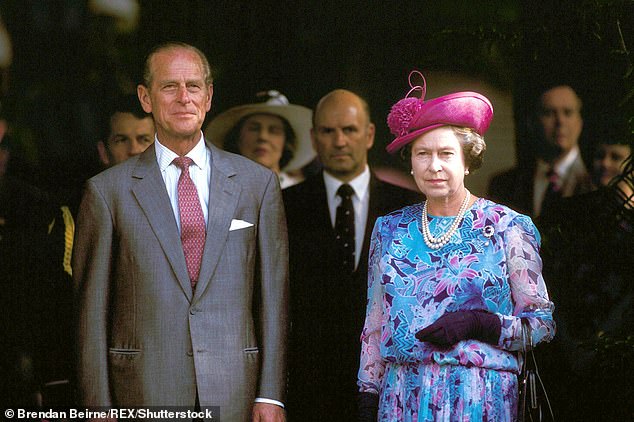 Holmes spent over 10 years as a business and fashion journalist for the Wall Street Journal and has amassed more than 142,000 followers for her Instagram account So Many Thoughts, in which she discusses royal fashion – in particular, the Queen’s (pictured with Prince Philip in New Zealand in 1990)

Holmes said there is something ‘immensely calming’ about the Queen’s signature style. Pictured: the Queen in Germany in October 1992

Angela Kelly, the Queen’s dresser, explained in her 2019 memoir The Other Side of the Coin: The Queen, The Dresser and the Wardrobe that Her Majesty is conscious she must be ‘easily visible’ to as many people as possible when she’s out and about.

‘I choose mainly striking colours that will be easily seen,’ she explained.

The Queen’s commitment to her signature style is beginning to rub off on the Duchess of Cambridge now she has taken a more active role within the Firm, Holmes observed.

‘As she’s grown into her role, we see her in some very queen-like outfits,’ Holmes explained.

‘The candy-colored coat dresses are meant to be seen, the ways in which she still abides with some of the more formal fashion practices of wearing even nude pantyhose, or hairnets on occasion — you could just sort of imagine [the Queen and Kate] getting dressed to go to work. Because that’s what this is, that’s just the job.’ 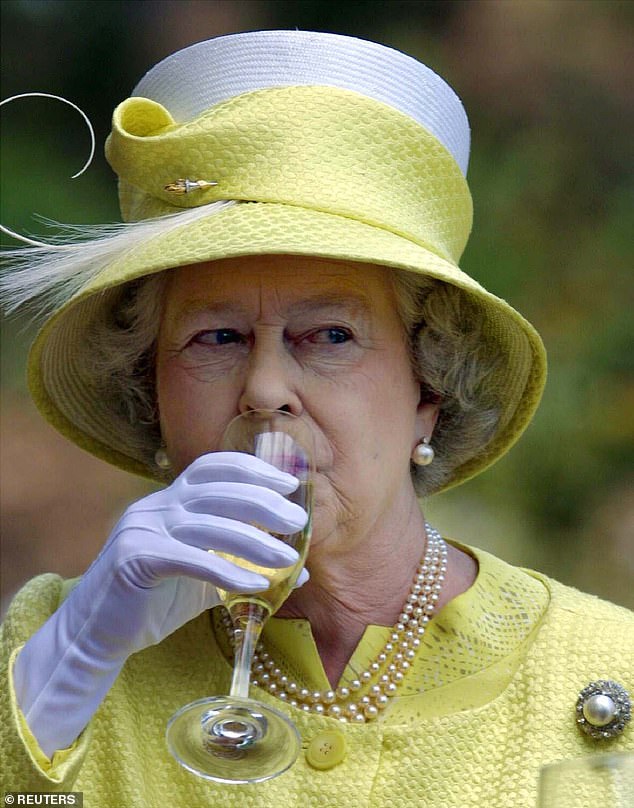 Angela Kelly, the Queen’s dresser, explained in her 2019 memoir The Other Side of the Coin: The Queen, The Dresser and the Wardrobe that Her Majesty is conscious she must be ‘easily visible’ to as many people as possible when she’s out and about, hence her choice of bright colours. Pictured: the Queen in Australia in February 2002 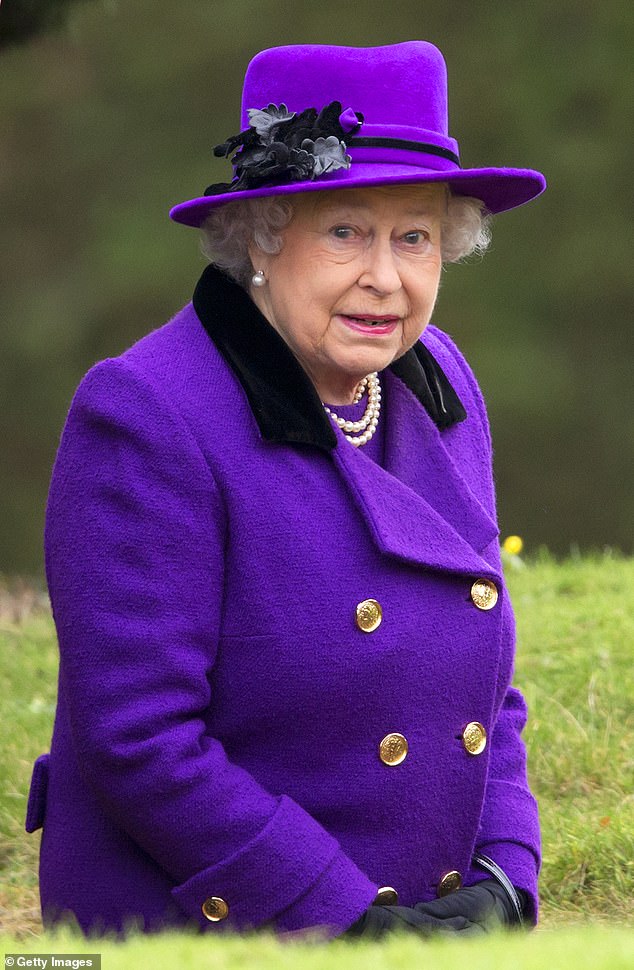 The Queen’s dresser said she choose mainly striking colours for Her Majesty that will be easily seen. Pictured in King’s Lynn in February 2013

She remarked on Kate’s thriftiness; the Duchess often re-wears outfits on multiple occasions, whether it’s a designer coatdress like her favourite by Alexander McQueen, or a top from High Street chain Zara.

Holmes told how both Kate and the Queen are very aware they represent the institution and their public appearances carry a set of expectations.

Holmes commended Kate for helping the Royal Family become more relatable – in part thanks to her wardrobe choices and accessories.

The fact she isn’t shy about re-wearing and outfit and giving it a new twist by popping a bow in her hair or donning a headband has helped people see the Royal Family are ‘just like us’, Holmes argued.