America has a consumption problem. The average person produces 4.4. pounds of trash every day. And the stuff we don’t throw away makes us miserable: Materialistic values are linked to lower life satisfaction.

It’s no wonder the concept of minimalism has become so popular.

Among those who have embraced minimalism is “Queer Eye’s” Bobby Berk, who invited me to his gorgeous new home in Los Angeles to talk about minimalism and how the average person can incorporate it into their life.

When you think of minimalism, you might imagine a restrictive lifestyle. But really, the philosophy behind minimalism is that it can be freeing to live with less. “To me, minimalism is about living your best, uncluttered life,” Berk said.

From a design perspective, minimalism is about the concept of “less is more.” It’s about stripping your environment down to only what’s important and encouraging purpose behind every item.

Some people choose to adopt minimalism as an entire lifestyle and limit their consumption to save money, protect the environment and improve their overall well-being.

But you don’t have to sell off all your possessions and move into a tiny home to make minimalism a part of your life (unless you’re into that sort of thing). There are a few easy things you can do to simplify your home and way of life.

You might know him best as the Fab Five’s design guru, but Berk has been in the design game for years. And since he’s helped so many clients achieve minimalist designs for their homes, he’s come up with a few tips anyone looking to go minimal should consider. 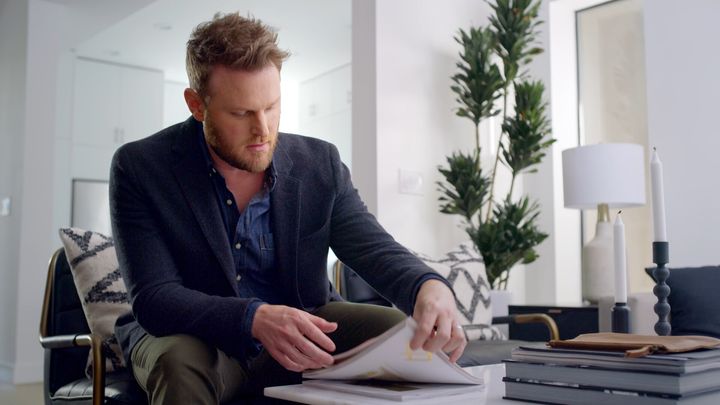 If you’ve never incorporated minimalism into your home before, making the transition might seem overwhelming at first. But the best way to start is simply by reducing clutter.

“Marie Kondo yourself,” Berk said. “Go through your home and find those things that, as she says, spark joy.” That might mean going through those clothes you haven’t worn in years, piles of mail sitting in your entryway or junk drawers taking up space in your kitchen. “Why have your house filled with stuff that you’re constantly having to clean if you don’t love it? Get rid of it. That way, you see the things you really love,” he said.

When it comes to your home’s interior, don’t worry too much about following the rules and instead focus on what makes you feel good. After all, you’re the one who has to live there.

“Design is so personal,” Berk said. “One thing I might find annoying might be your favorite thing in your house.” The key, he said, is surrounding yourself with things that inspire you and make you happy ― except for shag, that is. “I’m not a fan of shag rugs,” he joked.

Worried a stark color palette or sparse decor will make your house feel more like a showroom than an actual home? There are techniques you can use to make the space feel warm and inviting despite the minimalist design. “I like using different layers and textures,” Berk said. So although there might be one cohesive or very neutral color palette, he might incorporate different textures on the furniture. “That way, you’re getting that warm feeling without it looking too busy.”

Do a quick search of minimalist home designs and you’ll find a sea of white furniture and dark cabinets. That happens to be Berk’s preferred color palette, too, and he admitted he’s not a huge color person. But if you do love color, it doesn’t mean you can’t do minimalism. “Again, minimalism is about minimal things,” he said. “It can be fuchsia and it can still be minimal. It’s all about balance.”

5. Minimalism should extend to your workspace, too.

According to Berk, the bulk of office clutter usually comes in the form of paper. And often, there’s no need to keep that much physical paperwork sitting around. For example, he pointed out that you can use free tools such as Adobe’s Scan app to scan documents with your phone, save them as PDFs and even edit the text. “That keeps the clutter way down because you’re not having to print things out and have it stack up on your desk.”

6. It’s so much more than an aesthetic.

Berk explained that aside from enjoying the way minimalism looks, he also finds it important to focus on purchasing high-quality, nondisposable items for environmental reasons. “We fill our homes with lots of disposable things and they end up in landfills,” he said. “Minimalism isn’t just about an aesthetic ― it’s also a way to really think about the environment and be choosy about the things that you put in your life.”

7. Don’t allow the clutter to creep back in.

Once you’ve put in the hard work of decluttering your home and designing it the way you want, don’t let the clutter creep happen again. According to Berk, you have to be really conscious of what you allow into your home and learn to say no to things that you don’t really need or want. “Just because something is free doesn’t mean you should take it,” he said.

Living a minimal life means doing it in a lot of different ways, whether that’s getting rid of the stuff in your home or not bringing paper into your office, Berk said. “It makes your whole life a lot easier ― not only minimalism around you but minimalism in your brain.”