YOUR wallet is probably full of 2p pieces – but it might be worth checking your change as some of these coins could be worth hundreds of pounds.

We reveal the rarest 2p coins that are in circulation. 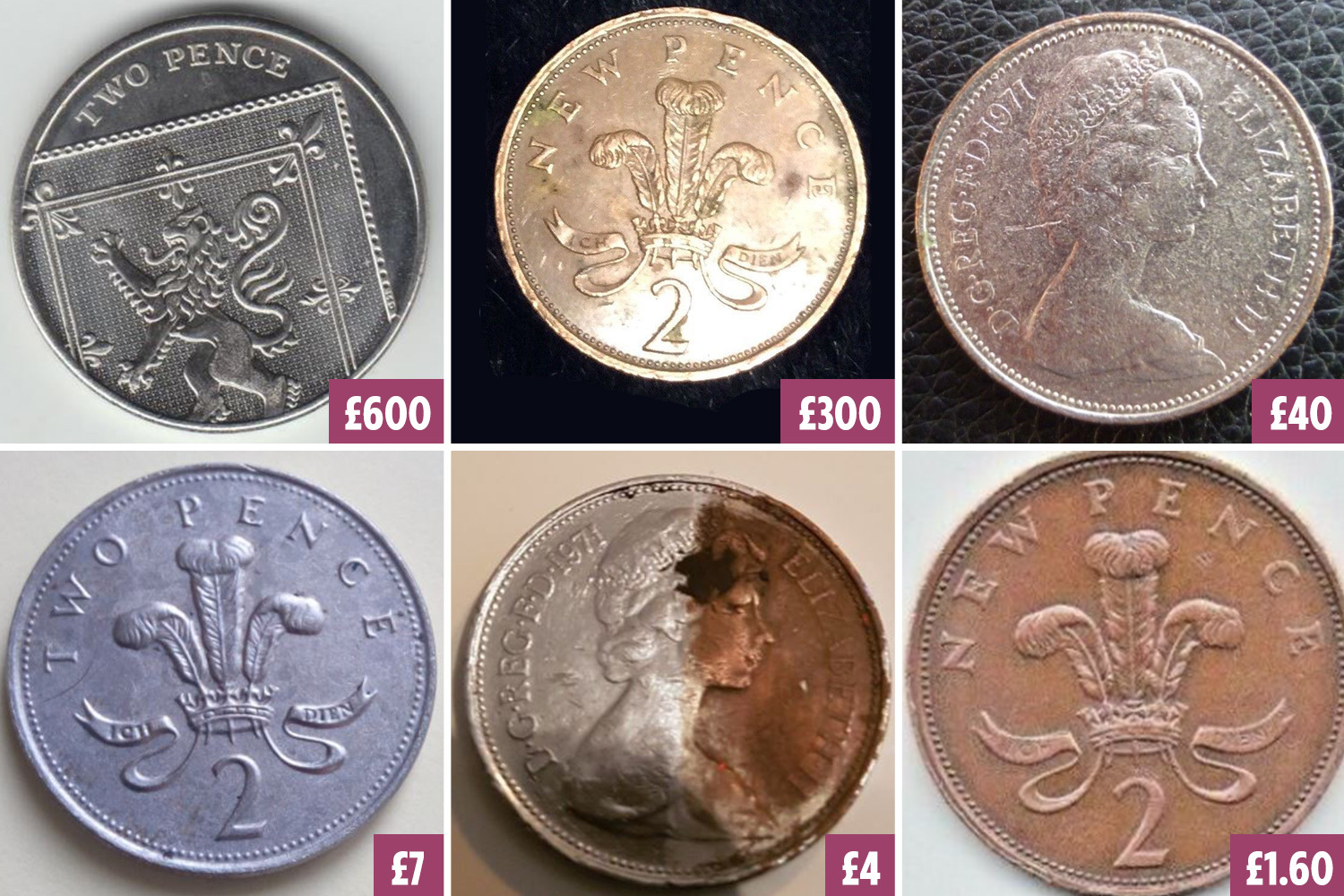 Hundreds of millions of two pence coins are minted every year, so most are only worth their original value.

But there are some error coins which have mistakes on them that make them rarer and more valuable for coin collectors.

Some of the rarest 2p coins are a small batch from 1983 which were accidentally minted with the words "new pence" on them instead of "two pence", according to the Royal Mint.

All 2p coins printed between 1971 and 1981 had "new pence" printed on them but after that, the writing changed to "two pence."

What to do if you’ve found a rare coin

FIRSTLY, you need to make sure the coin is legitimate and not counterfeit.

Around one in every four old £1 coins were thought to be fake, according to the Royal Mint, so there are probably more fakers in your spare change then you realise.

The Royal Mint is unable to value a coin but it can confirm whether it is real or not. They will usually supply you with a letter to confirm this.

Once you’ve found out whether the coin is real or not, you have a number of options – either selling it through a coin dealer, at auction or on eBay.

Other error coins include 2ps that have been minted on silver instead of copper.

However, it's worth noting that coins are only really worth what someone is willing to pay for them.

You should also be careful to check your coin is legitimate by asking the Royal Mint.

We've rounded up the ones to look out for in your wallet. 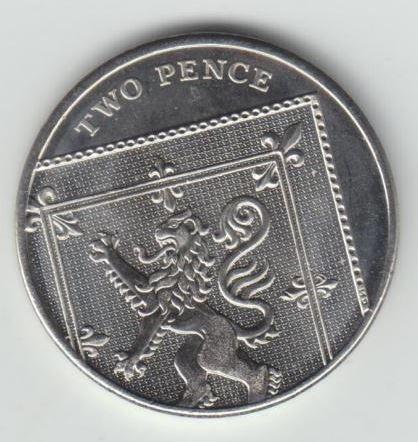 These 2p coins are considered rare because they were accidentally printed onto a silver base instead of copper.

If you find one, experts at Coin Hunter reckon they could be worth up to £600.

But again, coins are only worth what someone is willing to pay for them and we haven't seen one sell for this much in recent months.

It's unclear exactly how many are in circulation. 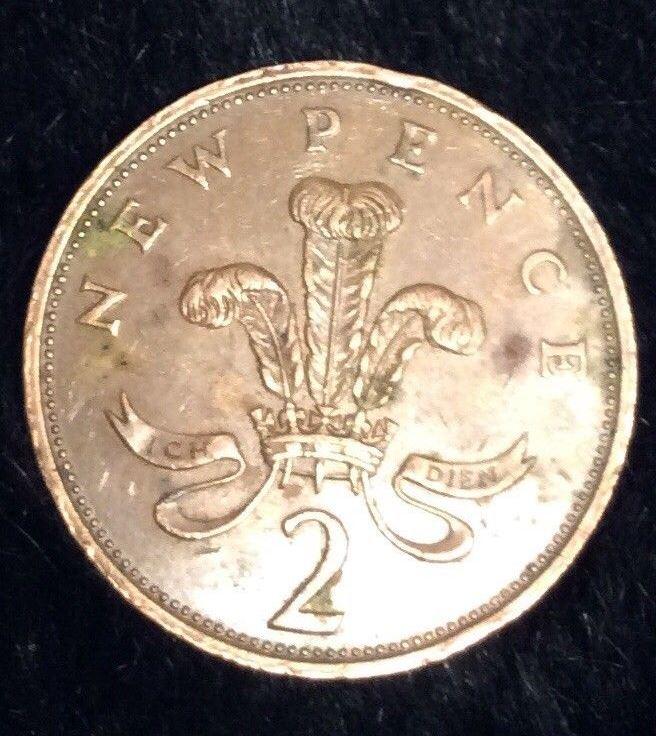 All 2p coins struck between 1971 and 1981 had the words "new pence" on the reverse side of the coin, according to the Royal Mint.

After that, the wording was changed to "two pence".

But in 1983, a small number of coins were mistakenly struck with the words "new pence" again.

It's made these coins extremely valuable for collectors.

There haven't been any recent legitimate sales of this coin on eBay so it's hard to know how much they could be worth, but they are often listed for sale on eBay for more than £1,000. 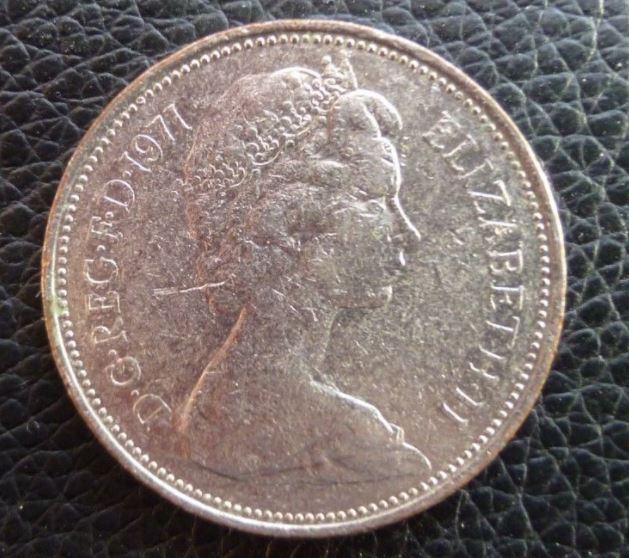 Error silver 2p coins from 1971 are regularly sold on eBay, and can fetch you a tidy sum.

Like the ones from 2016, these are coins that should be copper but don't have the right plating on them.

The same year, one fetched a whopping £485 on eBay but this high price hasn't been seen since.

The Royal Mint hasn't officially recognised them as an error coin yet but they are sought after by collectors.

The dangers of selling your coins on eBay

THE most valuable coins are usually those that have low mintage numbers or those with an error.

The most valuable coins are usually those that have low mintage numbers or those with an error.

These are often deemed the most valuable by collectors.

Once you’ve found out whether the coin is real or not, you have a number of options – either selling it through a coin dealer, at auction or on eBay.

Sell it at auction

If you’ve got a coin that you would like to sell at auction then you can contact a member of the British Numismatic Trade Association.

They usually deal in very old coins but they may be able to help you assess whether it’s worth selling your coin at auction or whether it would be valuable to collector.

Sell it on eBay

If you want to sell the coin you’ve found in your spare change on eBay then you need to know the risks.

Remember to set a minimum price that is higher or at the very least equal to the face value of the coin.

Even if your coin “sells” on eBay for a high price there’s no guarantee that the buyer will cough out.

It its terms and conditions, the auction website states that bidders enter a “legally binding contract to purchase an item”, but there’s no way to enforce this rule in reality.

The most eBay can do is add a note to their account acout the unpaid item or remove their ability to bid and buy.

This is because in order to sign up to the website users do not need to put in valid bank or PayPal details before making a bid.

If a bidder refuses to pay, then the only option for sellers is to give “second chance offers” to other bidders or relist the item.

For items of a high value eBay recommends that sellers put a limit on their listing to approve bidders.

It means bidders must email you before placing a bid but NOT that they must pay out the cash if they win. 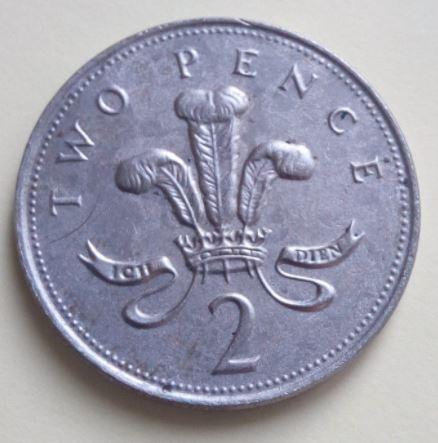 This error silver 2p coin from 2001 has a more matte finish than some other rare copper-less two pence pieces on this list.

That might be why it attracted eight bids from collectors, who pushed the price up to £7.05 back in 2019.

It's not an officially recognised error coin so it's not known how many of these pieces are out there.

But if you find one, it could be worth a lot more than just two pence.

You should note that we haven't spotted any recent examples of these coins on eBay, so chances are they're not that common. 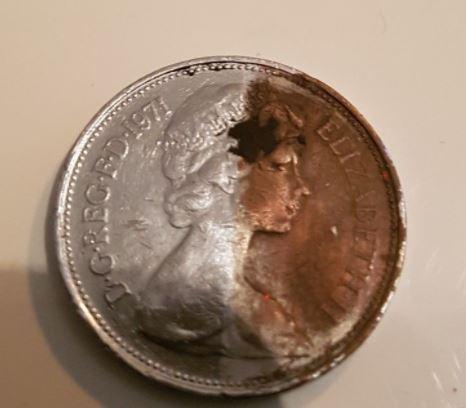 It's from 1971 – when decimalisation was introduced – and is half silver, half copper.

It's likely the coin has been tarnished and tampered with over the decades rather than a mistake being made during the minting process, which makes it less valuable for collectors.

But its unusual appearance and old age still saw five people bid for the coin on eBay, pushing the price up to 203 times its original value.

Another coin similar to this is currently being listed on eBay for a buy it now price of £3.99.

But it's worth looking out for unusual-looking coins in your wallet just in case they could also fetch a high sum. 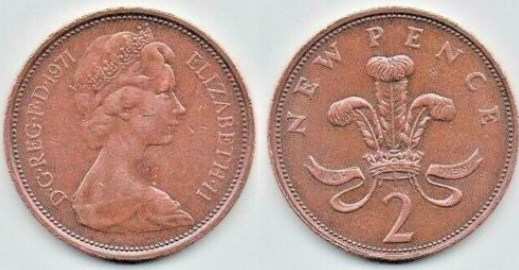 Two pence coins were first introduced in 1971, the year decimalisation came in.

But with six in 10 people throwing away one and two pence coins, according to the Treasury, these coins are harder to find with every passing year.

That means they could still be worth a few pounds if you sell them on eBay.
One eBay seller recently sold two coins for £3.20, or £1.60 each.

It may not sound a lot, but that is still 80 times their original value.

Earlier this month, we revealed that a rare 50p Snowman coin with the wrong colours on it is selling for up to £128.

We have an index of rare and valuable £1 coins and 50p coins to help you find out if you have one in your spare change.

It's pretty rare if a batch of error coins makes it into circulation, which makes them very attractive to collectors.