There is a paradox at the heart of Stan Grant’s writings, and it is his struggles with it that make him so compelling a writer. Identity politics, he tells us, “is inescapable and at its worst – at its most toxic – it is the scourge of our age”.

At the same time, Grant draws consistently on his own sense of identity as a Wiradjuri man, acutely aware of the historical dispossession that has formed the current nation of Australia. His writings seek to find a balance between the two worlds he inhabits: “I have been a champion of liberalism myself, twisting and turning to get it or me to fit. But the price of belonging is often the loss of our souls, and that is too high a price to pay.” 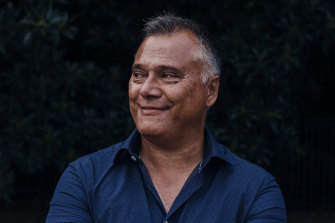 At his best, Stan Grant writes with a power that evokes James Baldwin.Credit:James Brickwood

This struggle connects these two seemingly very different books. With the Falling of the Dusk is a long reflection on the current global malaise, drawing heavily on Grant’s experience as a foreign correspondent in some of the most dangerous countries on Earth. His reflection on Thomas Keneally, one of Black Inc’s somewhat idiosyncratic series of “writers on writers”, is essentially a reflection on the story of Jimmy Governor, who became the central character of Keneally’s book, The Chant of Jimmie Blacksmith.

In both books, Grant draws on his Indigenous heritage and his voracious reading; the philosopher, Hegel, is not only cited frequently but inspired the enigmatic title of With the Falling of the Dusk. At times, Grant writes like an eager graduate student, determined to show he has read all the right sources, even when his own words are more apposite. 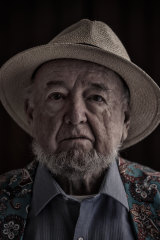 Combining personal experience with reflections on major historical changes is a difficult challenge for a writer, and With the Falling of the Dusk suffers from a surfeit of detail that at times occludes Grant’s central thesis. The temptation to provide a historical background to every country he visits is informative but also long-winded. (An index would have been welcome.)

Grant’s long experience in countries such as China and Pakistan gives him a deep understanding of the limits of Western power and the hostility that exists towards the United States and its allies. He has no illusions about the extent of Chinese authoritarianism, but he is rightly sceptical of the hypocrisy with which Western leaders try to counter this with the language of human rights and democracy.

Grant argues that the world has undergone a fundamental shift away from Western dominance, which no appeals to “rules-based order” can reverse. He is perhaps too fond of hailing various events as turning points; he identifies a range of events, from Sun Yat Sen travelling to Hawaii for study in 1879 to the attacks of 9/11, as moments that altered world history.

History, as Grant elsewhere acknowledges, is far more than the sum of specific events, even if he doubts Barack Obama’s assurance that “the arc of history bends towards justice”. There is little that Grant sees about the current world to justify this optimism; rather he deplores “the slow death of that which should be most precious to us: democracy”.

With The Falling of the Dusk is framed by the contractions of our world brought about by COVID-19 and the rise of China, which he calls “the defining story of my career”. He sees China as sharing his people’s own legacy of colonisation and dispossession, an insight that reappears as he visits other countries of the global south. This is reflected in his deep ambivalence towards the US, and his doubts that President Joe Biden can do much to alter its inevitable decline. 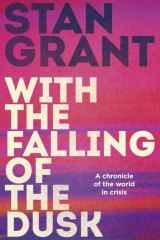 Here, Grant might overstate his case: to claim the arc of “America’s moral universe” extends from Lincoln to Trump is clever, but one could equally measure it as running from the era of lynchings and the KKK to the election of Biden and Kamala Harris.

Early in this book, Grant writes of his “existential sadness”, stemming from the dispossession of and continuing violence towards Indigenous Australians. This theme reappears in his reflections on Keneally, where in 80 pages he distils much of what he has already written in his earlier books, Talking to My Country and Australia Day.

The “writers on writers” series has already produced meditations on eight contemporary Australian writers, and its strength is that it claims neither to be definitive biography nor literary criticism, but rather encourages one writer to find stimulation from another.

Keneally wrote Jimmie Blacksmith nearly 50 years ago and he has acknowledged that he would not feel able to write about an Indigenous person in the same way today. Grant eviscerates the novel but does so without attacking Keneally personally or denying his strengths as a writer. 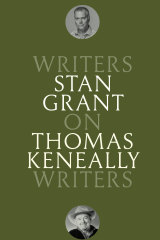 At his best, Grant writes with a power that evokes James Baldwin. Anyone interested in how words shape our understanding of who we are should read this essay; any non-Indigenous Australian will be challenged to feel deeply uncomfortable. As in his more extensive books, Grant returns to the dilemmas of identity, the need to both recognise the community into which one is born and to remain an individual. He cries out against the stereotypes: “The noble savage or the doomed race or the resistance warrior; none of it illuminates everything, but to reduce us to a simple narrative steals our souls.”

The great challenge of the essay is the assertion that white Australians (and presumably other non-Indigenous) are “strangers writing themselves into a foreign land they now presume to call their own”. This is powerful as rhetoric, but I doubt that Grant wants us to take it literally, and both of these books end with a call for justice rather than revenge.

Reading Grant is both exhilarating and exasperating. He is a prophet rather than a policymaker and the strength of his writings lies in the very contradictions that exasperate. There are few writers who can so powerfully inspire the reader to engage in further conversation with an author.

Dennis Altman is a professorial fellow in the Institute for Human Security at La Trobe University. Stan Grant is in discussion with Kerry O’Brien at the Sydney Writers’ Festival on May 1 at 6pm. swf.org.au

With the Falling of the Dusk, Stan Grant, HarperCollins, $34.99

A weekly read for book lovers from Jason Steger. Sign up now.