Hit theatre show Harry Potter and the Cursed Child will be restaged in Melbourne as a shorter, one-night production, with the current epic five-hour, two-night experience due to end in March next year.

Producers said it had “become clear” that the condensed script, developed for a Broadway season that is due to begin on Friday, should replace the longer version in Australia. 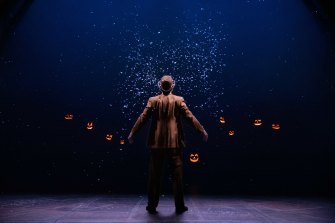 Harry Potter and the Cursed Child on stage in Melbourne.Credit:Matthew Murphy

San Francisco and Toronto will also take the shorter version, while London and Hamburg productions will continue to run the original two-night version that collected nine Laurence Olivier Awards and six Tony Awards.

The last two-part tickets are on sale until March 27, and the new version will premiere in May 2022.