He was appointed an assistant district attorney in Queens in 1985 and later became counsel to a cosmetics company. He died of complications of Covid-19. 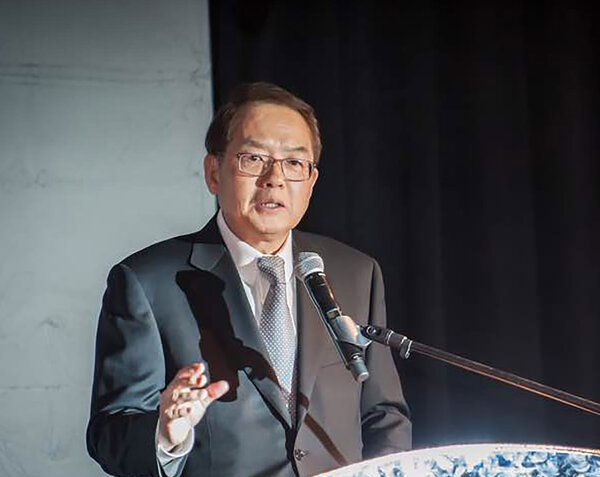 This obituary is part of a series about people who have died in the coronavirus pandemic. Read about others here.

Richard Kim immigrated from South Korea to the United States in 1970, earned a master’s degree in business administration from Columbia University and became a certified public accountant. But he always wanted to follow in his father’s footsteps and practice law.

After working as an accountant during the day and attending Fordham Law School at night for seven years, he was admitted to the bar in 1984 and a year later was sworn in as a Queens assistant district attorney — one of the first Asian-American prosecutors in the United States.

Jerry Baik, the founder and executive director of the Korean Prosecutors Association in Los Angeles, says his organization has no record of who was the very first (Danny K. Chun joined the Manhattan district attorney’s office as its first Korean-American prosecutor in 1987), but there seems to be little doubt that Mr. Kim was in the vanguard.

In January, he entered a hospital in Manhattan, where he and his wife lived, because his oxygen level was low. He never left. On April 3, he died of complications of Covid-19, his daughter, Jane Kim, said. He was 76.

Richard Kwang Ho Kim was born in Seoul on Nov. 14, 1944, the eldest son of Chong Soo Kim, a lawyer and author who was a chief prosecutor in Korea. His mother was Sook Hi Chung. The family fled war-torn Seoul temporarily when he was 6.

He graduated from Seoul National University and immigrated to the United States when he was 25. His parents followed after his father retired.

Mr. Kim also earned a bachelor’s degree at Columbia along with his M.B.A.

“While my father’s true dream was to follow in his father’s footsteps,” Jane Kim said, “my dad always said he started in accounting because language was not necessary to pursue a career that involved numbers.”

In 1976 he married Miyang Yim, who later ran a women’s clothing store and became an acupuncturist and a practitioner of herbal medicine. She survives him, along with their daughter, who became a civil rights lawyer and, in 2010, the first Korean-American elected official in San Francisco when she won a seat on the city’s Board of Supervisors; a son, Philip, who is enrolled at the University of California, Los Angeles, Anderson School of Management; and a sister, Myung Choe.

After serving under Queens District Attorney John J. Santucci, Mr. Kim went into private practice in Port Washington, N.Y., on Long Island. According to court records, he was disbarred from 1995 to 2003 after pleading guilty to a federal charge of conspiracy to commit bank fraud and being sentenced to probation. In 1997, he became chief financial officer and general counsel of Kiss Products USA, a cosmetics company that started in Flushing, Queens, in 1989 and later went global.

“In a time when Asian-Americans are finally talking about #stopasianviolece and the dearth of Asian-Americans in law enforcement,” Ms. Kim said in an email, “Richard understood the significance of serving the burgeoning Korean-speaking community as assistant district attorney in New York City in 1985.”