Prime Minister Scott Morrison has appealed directly to United States President Donald Trump not to allow the release of a rogue Afghan soldier who murdered three Australians in Afghanistan.

The former sergeant in the Afghan National Army, known as Hekmatullah, could be released as part of a prisoner swap deal with the Taliban in the coming weeks. 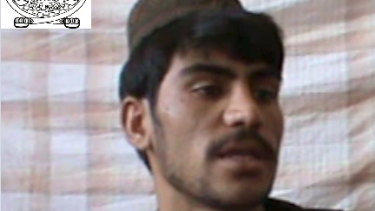 Officials from the Department of Defence contacted the families of the three Australian soldiers on Friday, warning Hekmatullah would likely be one of 5000 prisoners released as part of peace negotiations between the Afghan government and the Taliban.

He fled the base after shooting the three unarmed diggers and injuring two others, but was captured in late 2013 and later sentenced to death for the attack.

Hekmatullah is one of 400 prisoners considered "extreme cases" which are still being considered by Afghanistan's Tribal Council, and it is possible the Afghan government could insist he not be released.

The Afghan government was not a party to the peace deal between the US and the Taliban signed on February 29, 2020.

Foreign Minister Marise Payne and Defence Minister Linda Reynolds raised the matter with their US counterparts in Washington during talks late last month, and Mr Morrison has written to Mr Trump asking that Hekmatullah not be released.

"This has been a matter of very regular and persistent petitioning on our behalf," Mr Morrison said in Canberra on Monday.

"It is a matter of keen interest to Australia, and we've reminded them of that. Hekmatullah was responsible for murdering three Australians, and our position is that he should never be released. We do not believe that his release adds to peace in this region."

The head of the Australia Defence Association, Neil James, said a lot of time and effort went into tracking down and capturing Hekmatullah, which would be wasted if he was released.

"All that effort was expended to do the right thing by going after him, capturing him and sentencing him, and for him to now be released would be profoundly disappointing to all the intelligence analysts, diplomats and others involved," Mr James said.

"There's a risk of a price being paid for this morally, in that next time people won't see the justice in expending all of that effort just to see it wasted, and so the risk is that no one will risk their life to take someone alive like that next time."

Mr James said it was now up to the Afghan government to agree to what the US had proposed and whether the Taliban insist on Hekmatullah being in the 5000 released prisoners.