Meghan Markle attended the Invictus Games with Prince Harry in The Hague, Netherlands in mid-April. The Duchess of Sussex attended a handful of events with her husband before she returned to the states and back to their children, Archie and Lilibet.

Now, a royal expert is questioning the former Suits star‘s motives in traveling to Europe for the Games.

Meghan took the stage at the opening ceremony of the Invictus Games with a heartfelt speech to introduce Prince Harry.

“It is my distinguished honor to introduce someone that I think you’ll all be very excited to hear from. I could not love and respect him more and I know that all of you feel the same,” she gushed, adding, “He’s the founder of the Invictus Games, and the father to our two little ones, Archie and Lili. Please welcome my incredible husband, Prince Harry, the Duke of Sussex.”

Harry then took the stage and gave a speech of his own to kick off the Games. 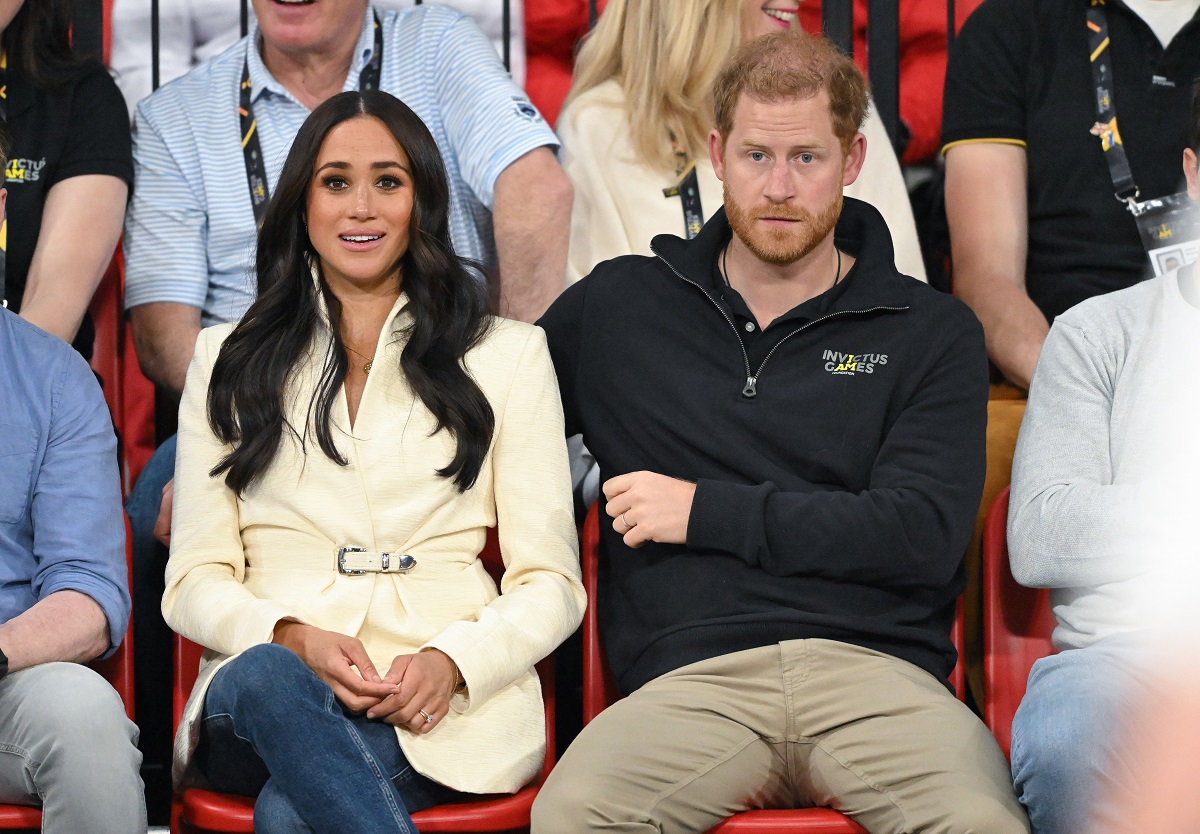 The duchess left Europe on the third day of the competition to return home to their children. Not long after she did, news broke that Netflix axed her upcoming animated program Pearl. This had royal editor for the Daily Mail Richard Eden wondering about Meghan’s motives for being at the Games.

“I wonder if the news that Netflix has ditched Meghan’s debut series explains why she returned to Europe for the Invictus Games?” Eden tweeted. “Prince Harry’s documentary about his charity project is now the couple’s only current series for the streaming giant which paid them millions.”

A camera crew was at The Hague with the Sussexes reportedly to film the docuseries Harry promised Netflix titled Heart of Invictus.

Prince Harry and his wife signed a deal with Netflix in September 2020 reportedly worth more than $100 million. So far they have not produced any content for the streaming giant but Heart of Invictus is slated to be their first.

“Since the very first Invictus Games back in 2014, we knew that each competitor would contribute in their own exceptional way to a mosaic of resilience, determination, and resolve,” the Duke of Sussex previously said about the program (per Express). “This series will give communities around the world a window into the moving and uplifting stories of these competitors on their path to the Netherlands next year. As Archewell Productions’ first series with Netflix, in partnership with The Invictus Games Foundation, I couldn’t be more excited for the journey ahead or prouder of the Invictus community for continuously inspiring global healing, human potential, and continued service.”