From Meghan’s wedding dress drama to Kate’s sisterly advice, royal TV movie gives a VERY cheeky take on the Sussexes’ love story – but how believable do YOU think it is?

A new TV movie about Harry and Meghan’s romance is set to thrill royal fans with its cheeky take on what might have happened behind closed doors.

Lifetime’s Harry & Meghan: Becoming Royal offers a playful, fictional account of the events immediately leading up to the royal wedding in May last year – and the Sussexes’ first few months as husband Land wife.

Ahead of the movie airing in full, Vanity Fair was given a sneak peek and shared details on what viewers can expect. 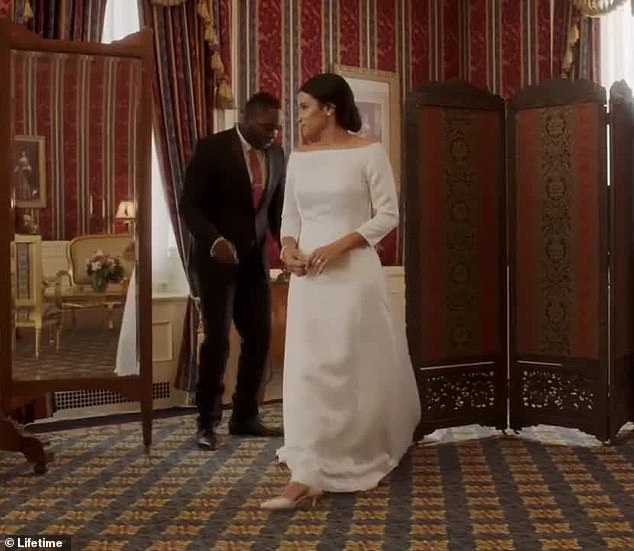 Her big day! Lifetime’s Harry & Meghan: Becoming Royal offers a playful, fictional account of the events immediately leading up to the royal wedding in May last year – including the Duchess’ choice of dress. Pictured, actress Tiffany Smith as Meghan in the movie 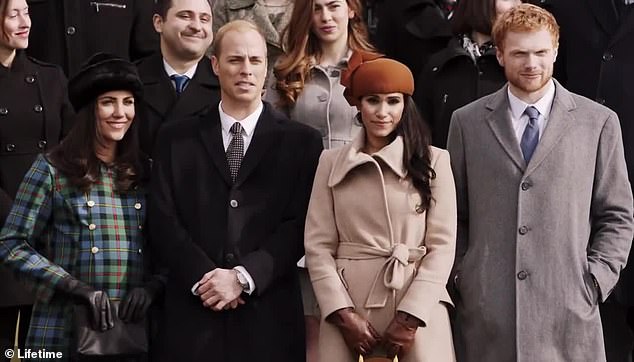 Sisterly bond: The relationship between Meghan and Kate has been the source of widespread interest – and the same is true of Lifetime’s version of events. The movie paints the sisters-in-law as close. Pictured, actors playing the royals at Sandringham at Christmas 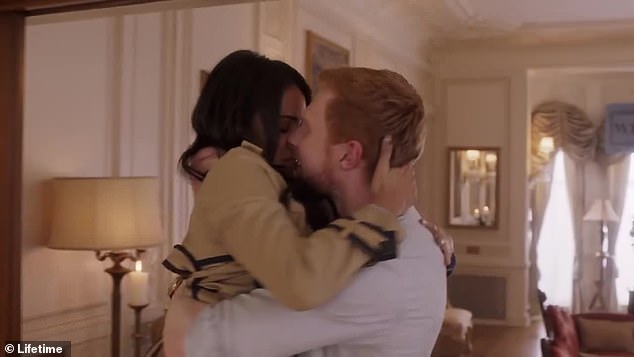 Romantic gestures: Harry, played by British actor Charlie Field, lavishes Meghan with treats and a homemade banner when she arrives in London. Pictured, actors as the couple

The movie kicks off a few months before the nuptials and includes Meghan’s move from Canada to the UK.

Lifetime’s fictional version of events sees a thoughtful Harry ease Meghan’s transition from actress to royal bride-to-be by welcoming her to their new Kensington Palace home with flowers, candles, Champagne and a homemade banner.

The romantic fantasy continues when it comes to Meghan telling her husband she is expecting.

The moment happens as the on-screen prince presents his wife with a new puppy – and he is able to understand she has her own important news to share simply by the way she looks at him. 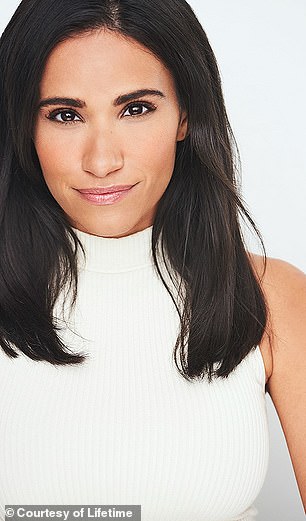 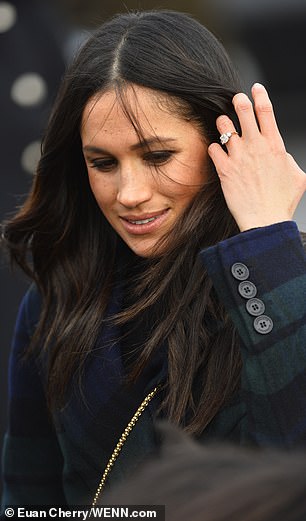 Getting into character: Tiffany Smith, 36, left, previously revealed she focused on Meghan’s subtle physical quirks to help with her performance. Right, the Duchess’ signature ‘baby hair tuck’, where she moves her hair out of her face, was one of the habits

The relationship between Meghan and her sister-in-law the Duchess of Cambridge has been the source of widespread interest – and the same is true of Lifetime’s version of events.

The cable movie paints the sisters-in-law as close, with Kate offering Meghan key words of advice on how to handle the attention.

‘You’ll never be able to control everything,’ the on-screen Duchess of Cambridge says over afternoon tea. 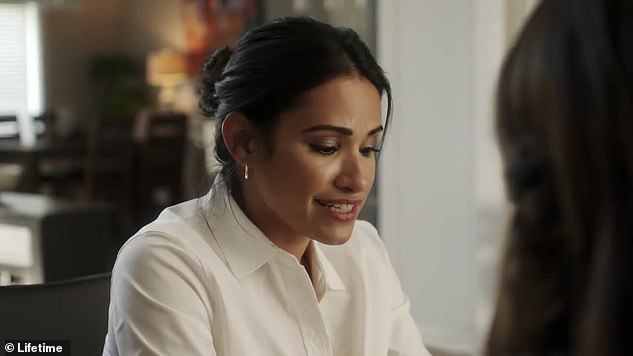 Candid: An explosive trailer sees American actress Tiffany Smith, who portrays Meghan, admitting she feels as though she’s ‘pretending to be a beautiful swan’ 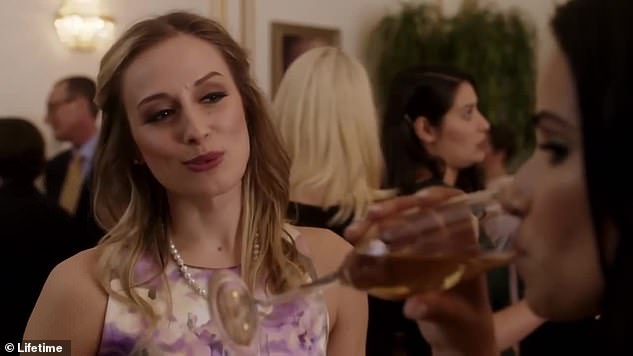 Hitting back! Meghan is forced to defend herself against cruel comments from an insider, seen left, who brands her a hypocrite 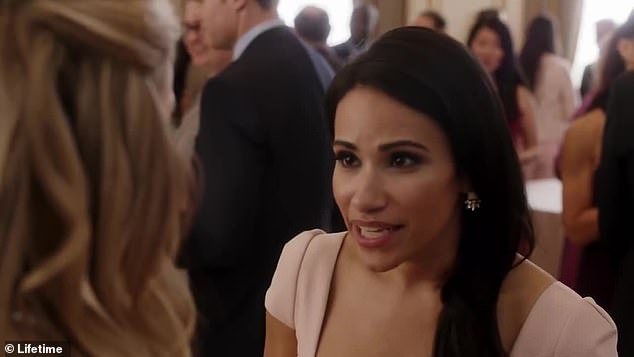 The unnamed insider returns, telling her: ‘You’ll never be able to control everything’, before Meghan hits back with: ‘I’m still waiting on my curtsy’, giving her critic a cheeky smile

Royal supporters are also offered a fictional take on how Meghan decided on her wedding dress.

Drawing on real-life comment on the slightly looser fit, movie Meghan explains she had once seen a bride faint in her corseted dress and so chose one that would let her ‘breathe’.

It also features a fictional conflict over Meghan’s decision to wed in white despite being a divorcee, and her choice of Givenchy as designer.

The movie stars American actress Tiffany Smith as the Duchess of Sussex and British star Charlie Field as Harry.