Ever wondered what members of the royal family actually think of the Netflix series The Crown? In an interview last week, Sarah, Duchess of York, shared her thoughts on the series cinematography and who she’d like to play her next.

In the August 5th episode of BBC Radio 4’s Front Row, Sarah touched on a topic not often broached by members of the royal family — how they feel about The Crown, the long-running Netflix series now on the cusp of a fifth season.

Per Bustle, Sarah referred to the show’s cinematography as “genius” and commended the directorial skills of executive producer Andy Harries.

Beyond that, it wasn’t easy to get her to dish on the series further, joking, “I don’t discuss it.” In a self-effacing comment about her on-screen representation in the series, she quipped of her brief appearance in Season 4, “at least I was in it for a minute.”

Season 4, set in the 1980s, portrays Sarah in the beginnings of dating Prince Andrew and acclimating to royal life in general.

Jessica Aquilina played the Duchess of York in Season 4

British actor Jessica Aquilina, a striking lookalike to the real-life Sarah, played the Duchess of York in the series. And with some prodding from the Front Row host, Sarah revealed who she would like to play her in later episodes.

“Maybe I can say Juliane Moore should play me,” she said. Sarah was also reported to have floated the idea of Poldark’s Eleanor Tomlinson. Others have suggested that repeated Academy Award nominee and American Hustle star Amy Adams would be a good choice.

In any case, Sarah has reportedly made it clear that she’d like to be involved in advising on The Queen. Last month, she admitted to Town & Country magazine that she’d reached out to Harries to offer her royal expertise as an adviser. She was ultimately turned down — but not without a little parting shot about how few times her character appeared in the series thus far.

“Hello? Where is Fergie?” she asked Town & Country.

Sarah admits to being obsessed with another Netflix series 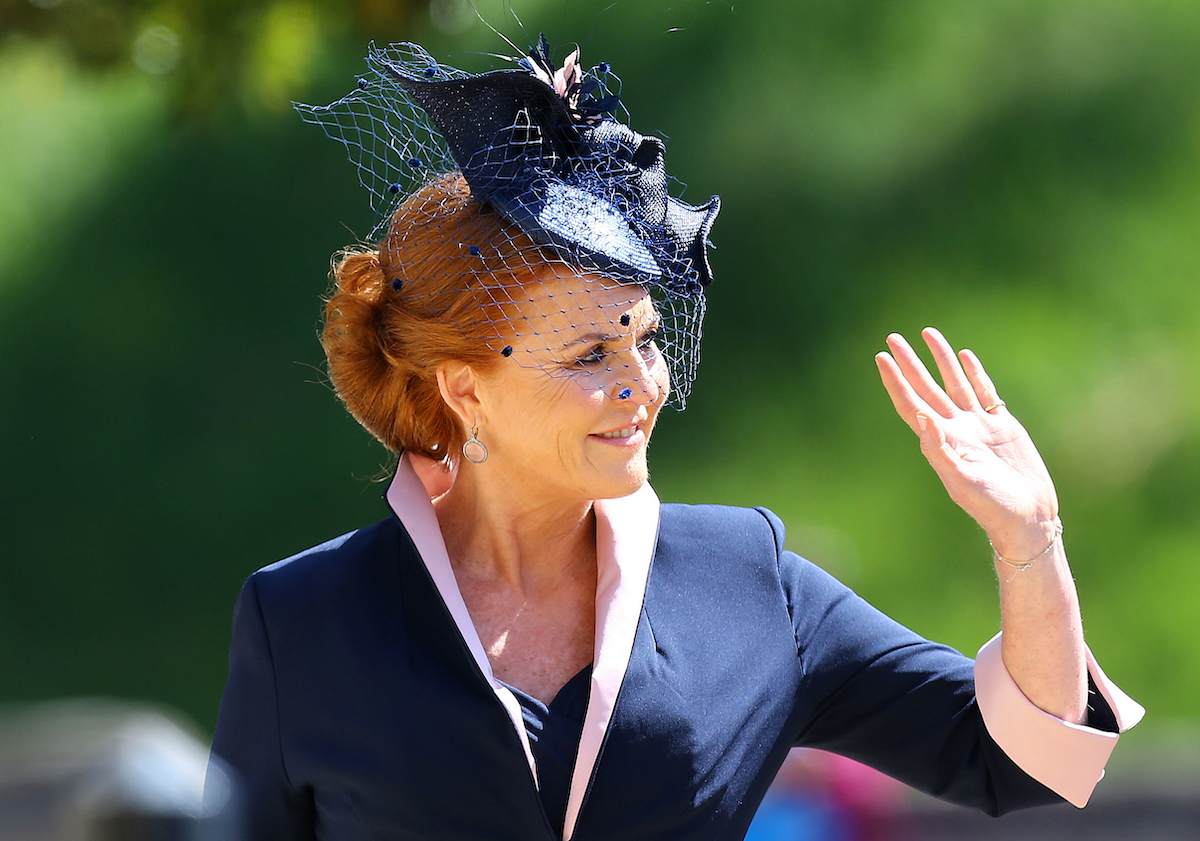 In the meantime, another Netflix series has caught her eye — the wildly popular Bridgerton. She told Front Row that she had watched the series no fewer than three times.

“I loved the fact that it was great storytelling… and you were taken on a journey,” she said.

“I’m obsessed with it,” she told Us Weekly in a previous interview.

It remains to be seen whether the Duchess of York will make future appearances in The Crown. But season 5 has been confirmed, so fans can hope.