It seems all is forgiven.

Sarah Ferguson took her seat at Queen Elizabeth II’s funeral on Monday in between her daughter Princess Eugenie and the late monarch’s nephew David Armstrong-Jones, 2nd Earl of Snowdon. 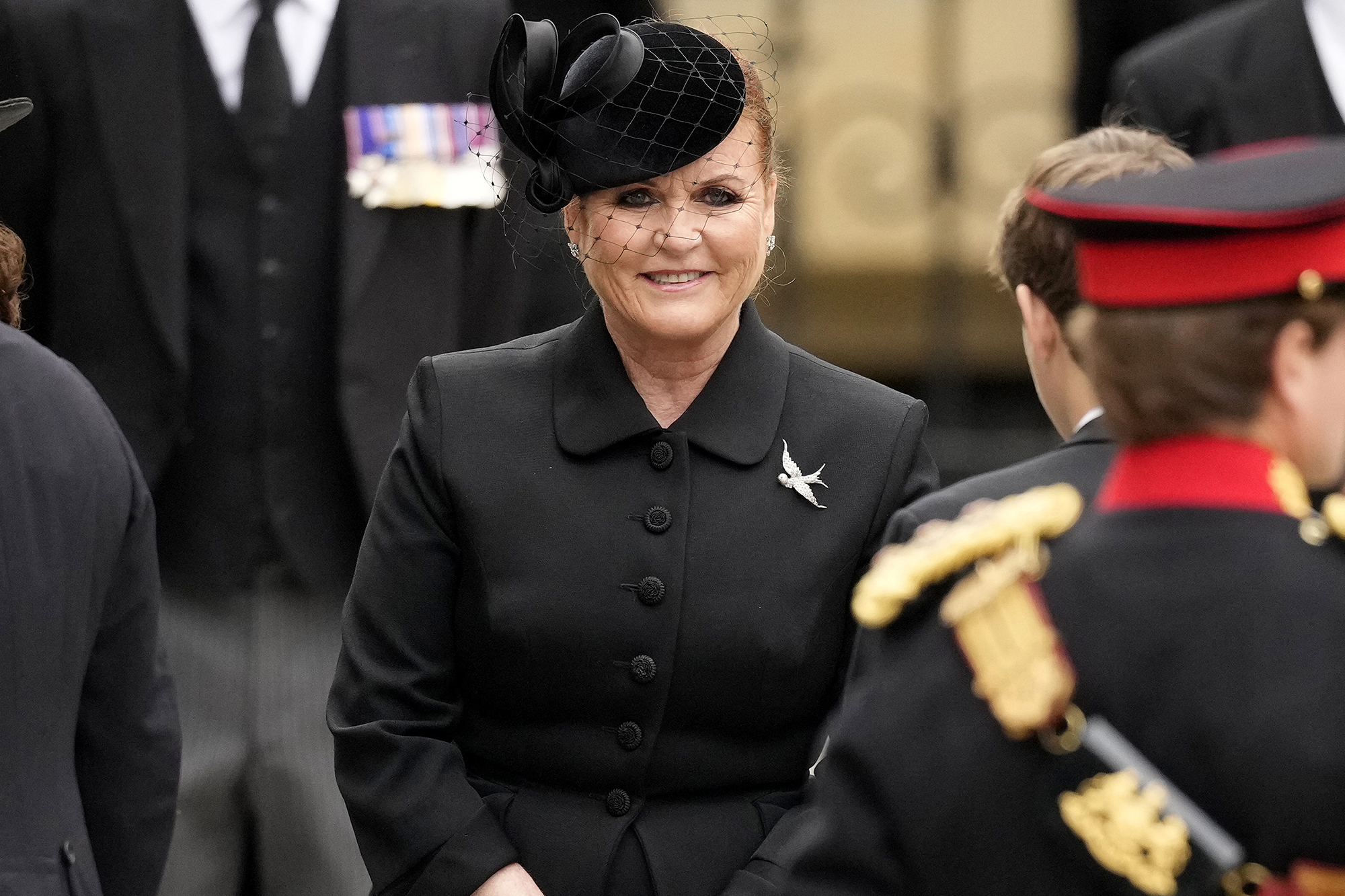 Fergie, as she is affectionately known, was seated in the second row — directly behind Kate Middleton and across the aisle from her disgraced ex-husband, Prince Andrew. 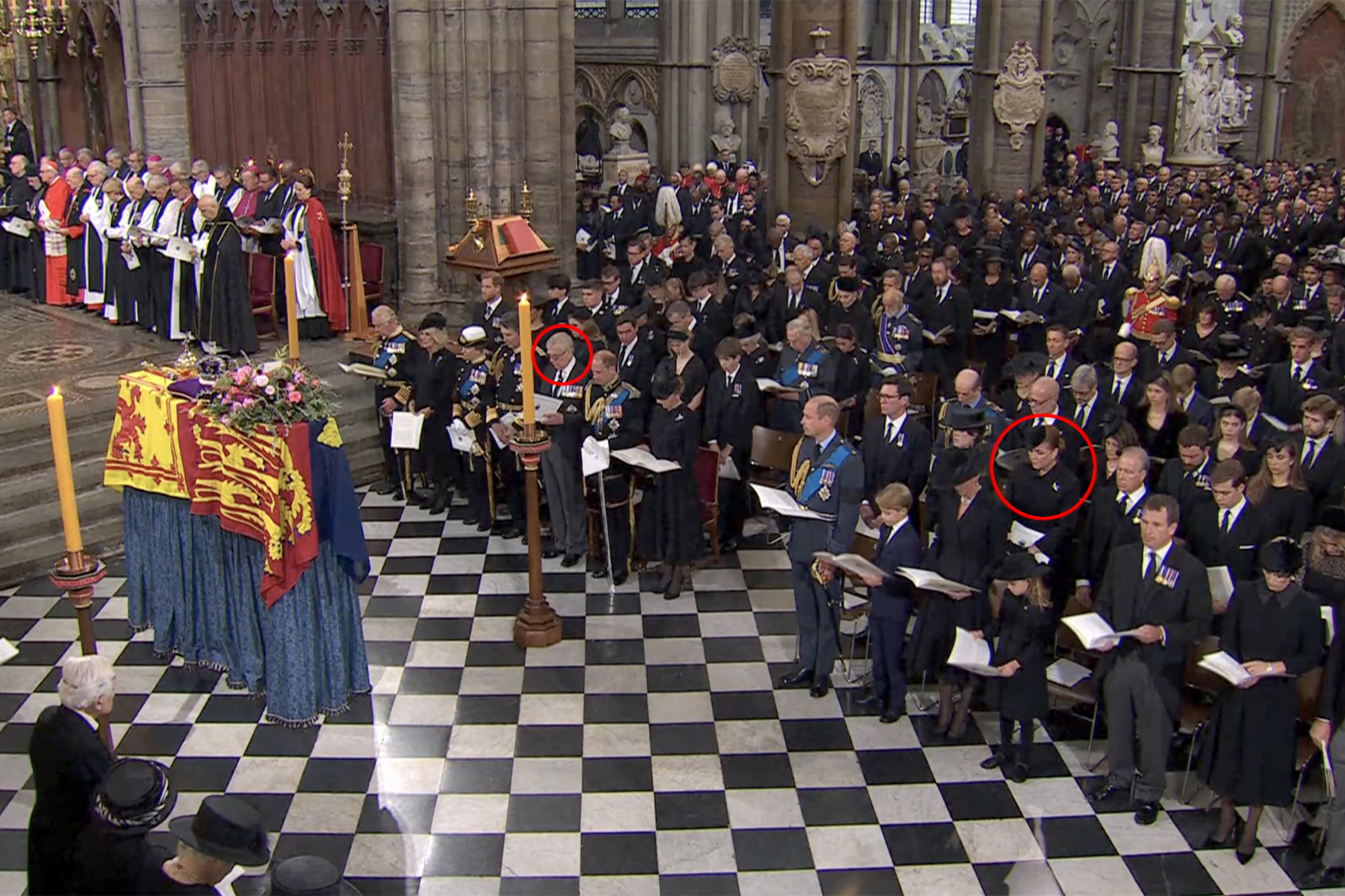 “I am heartbroken by the passing of Her Majesty the Queen. She leaves behind an extraordinary legacy: the most fantastic example of duty and service and steadfastness, and a constant steadying presence as our head of state for more than 70 years,” she wrote.

“She has given her whole life selflessly to the people of the UK & the Commonwealth. To me, she was the most incredible mother-in-law and friend. I will always be grateful to her for the generosity she showed me in remaining close to me even after my divorce.” 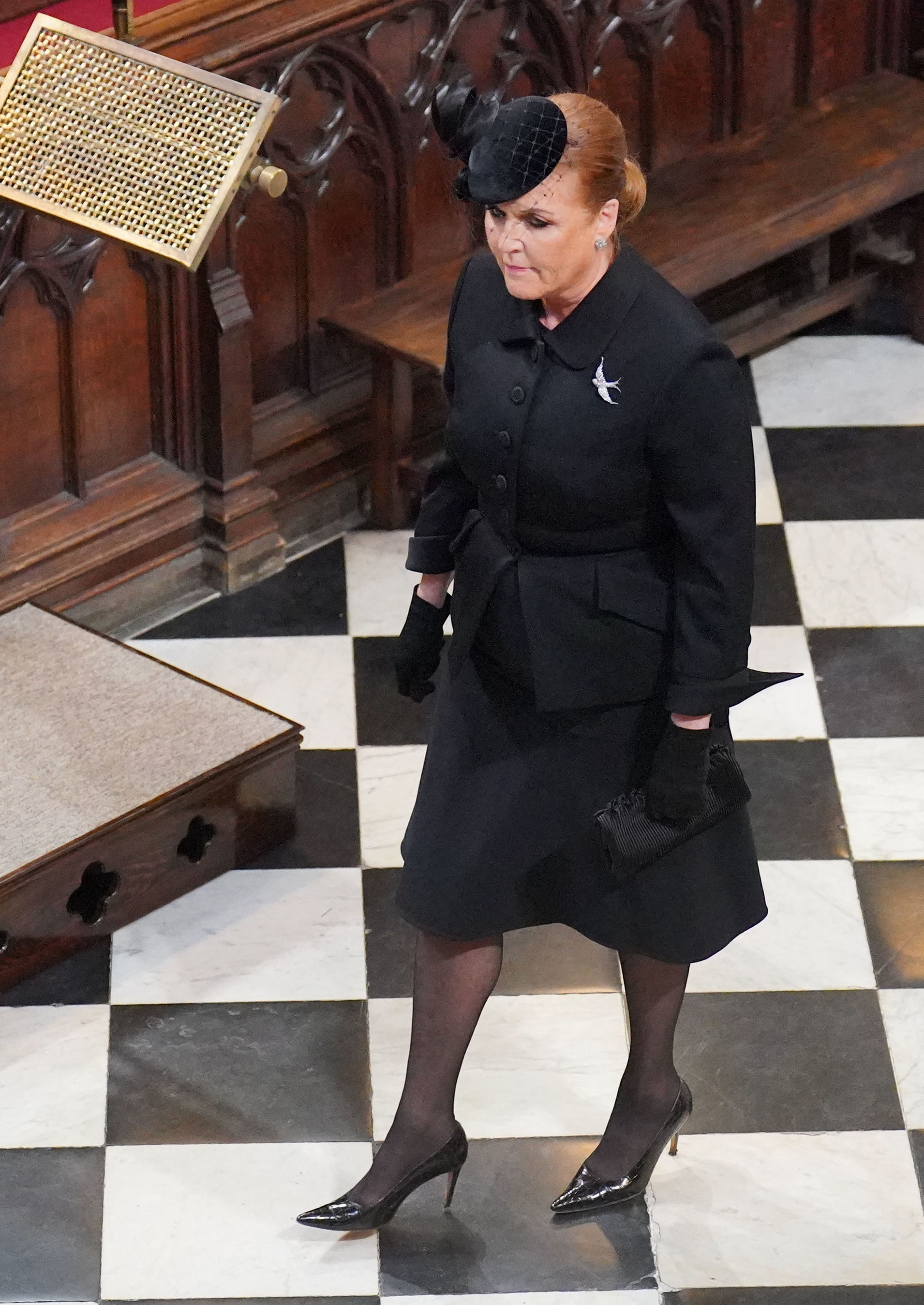 The Duchess of York concluded, “I will miss her more than words can express.”

Ferguson married Andrew, now 62, in 1986. The couple, who share daughters Eugenie, 32, and Princess Beatrice, 34, announced their separation in 1992 and finalized their divorce in 1996. 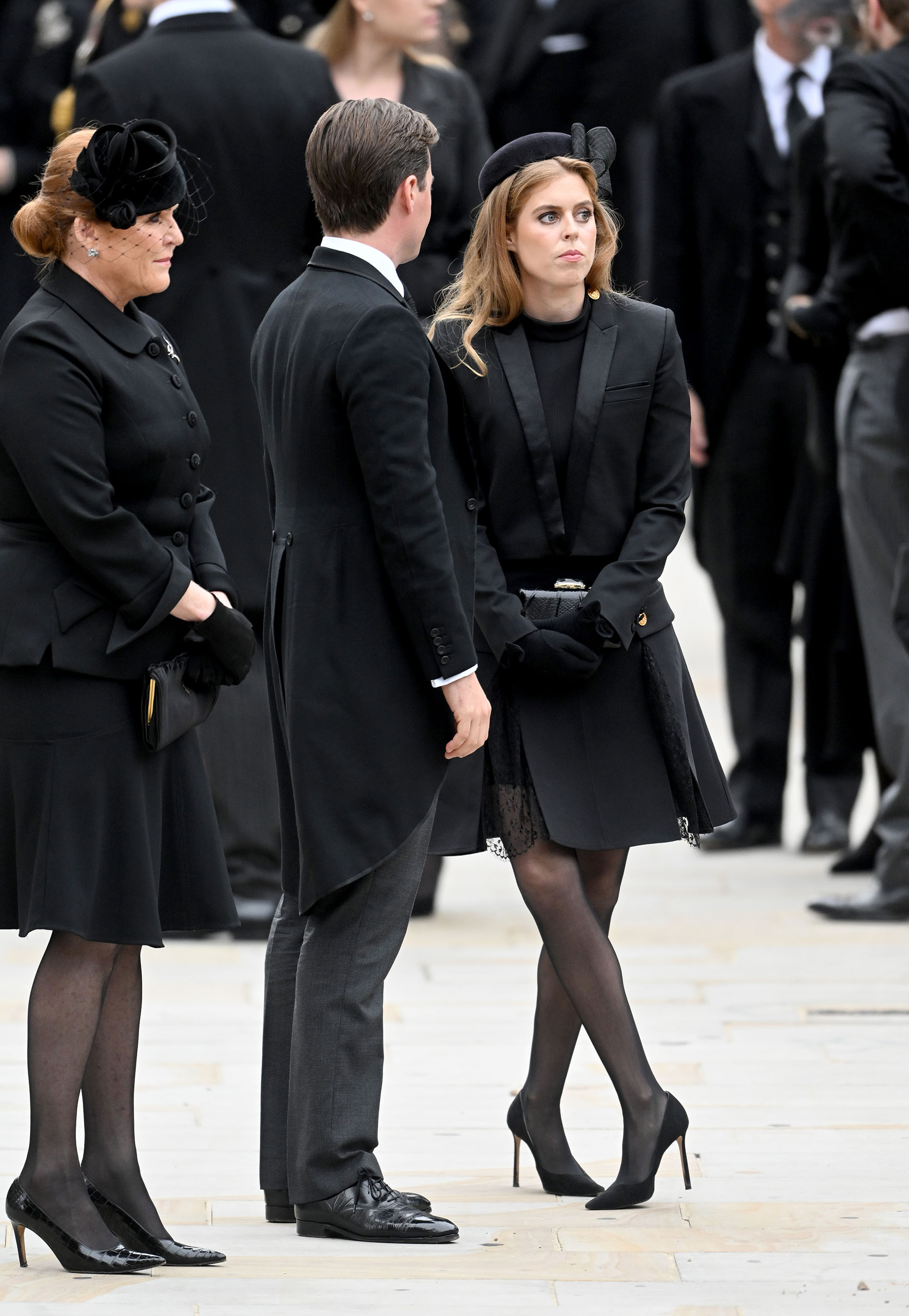 Their separation was marred by scandal, as Ferguson was snapped having her toes sucked by her American financial adviser John Bryan.

Despite their divorce, the former couple remained close and even lived in the same house for many years. 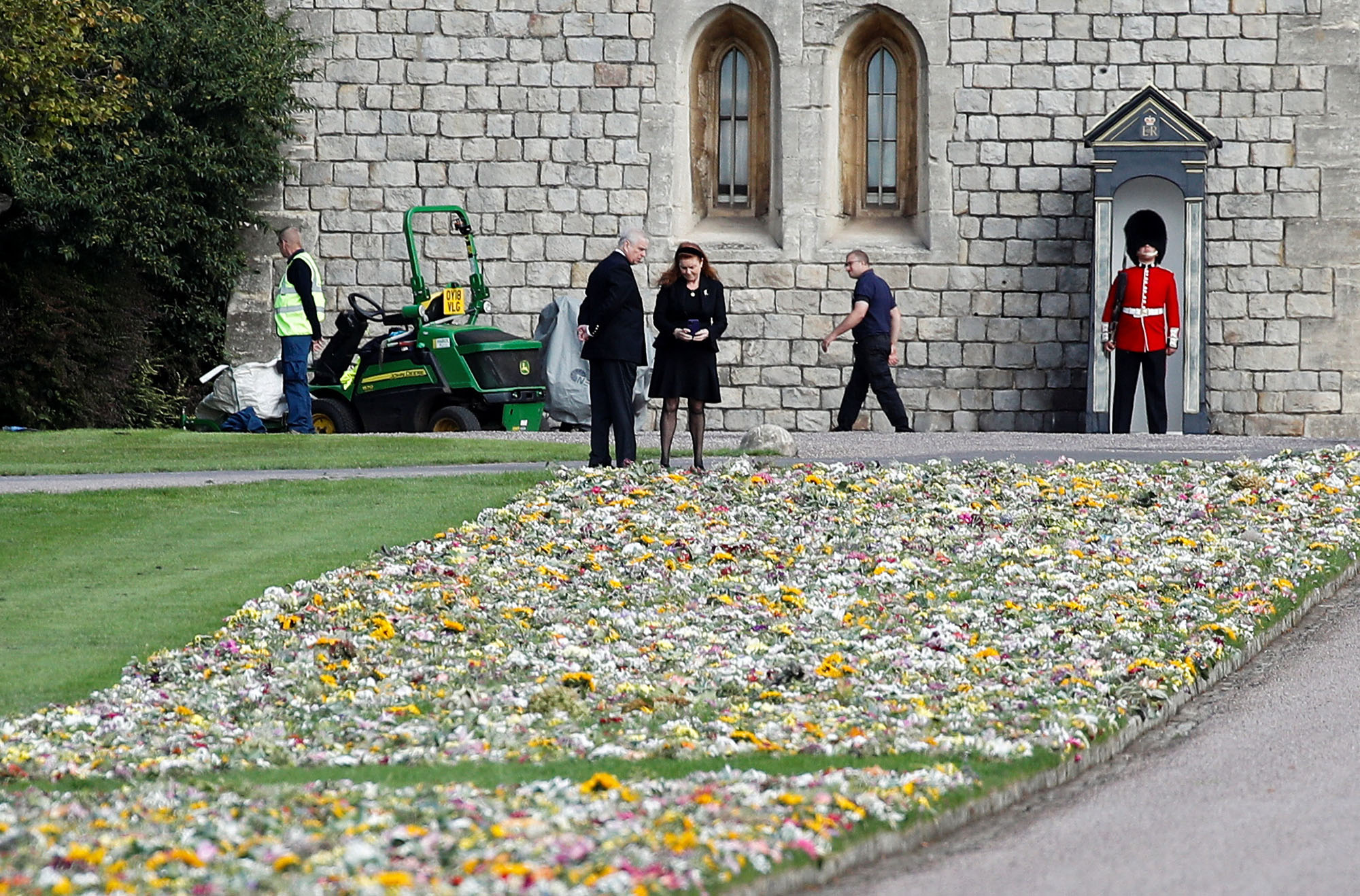 Fergie also maintained a close relationship with the Queen despite Prince Philip famously detesting his ex-daughter-in-law.

“The duchess bonded with Her Majesty over dog walking and riding horses, and even after her divorce, she would continue her great friendship with Her Majesty, by walking the dogs in Frogmore and chatting,” a source told The Telegraph. 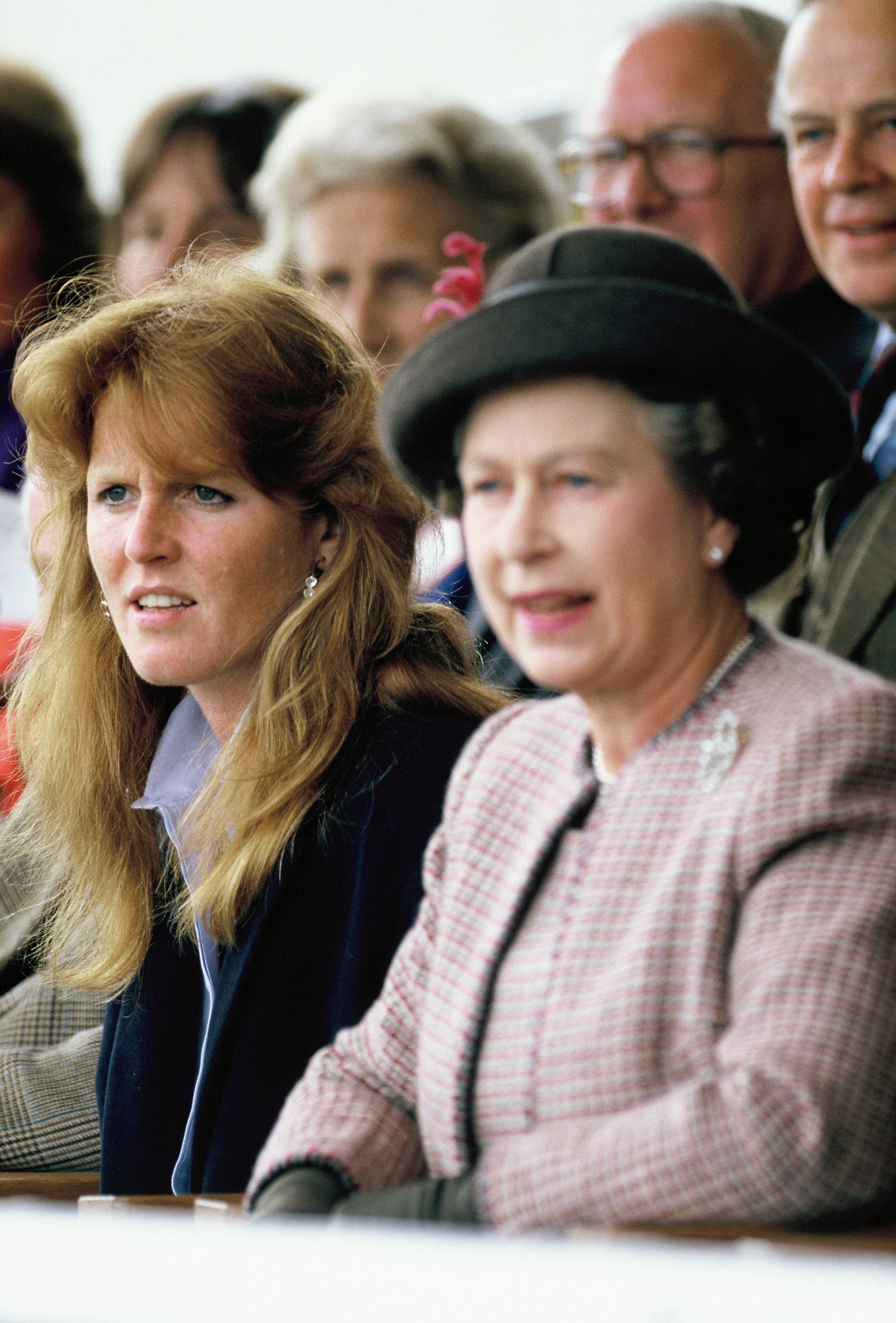 Ferguson praised her ex-mother-in-law on Twitter after the Queen’s death. 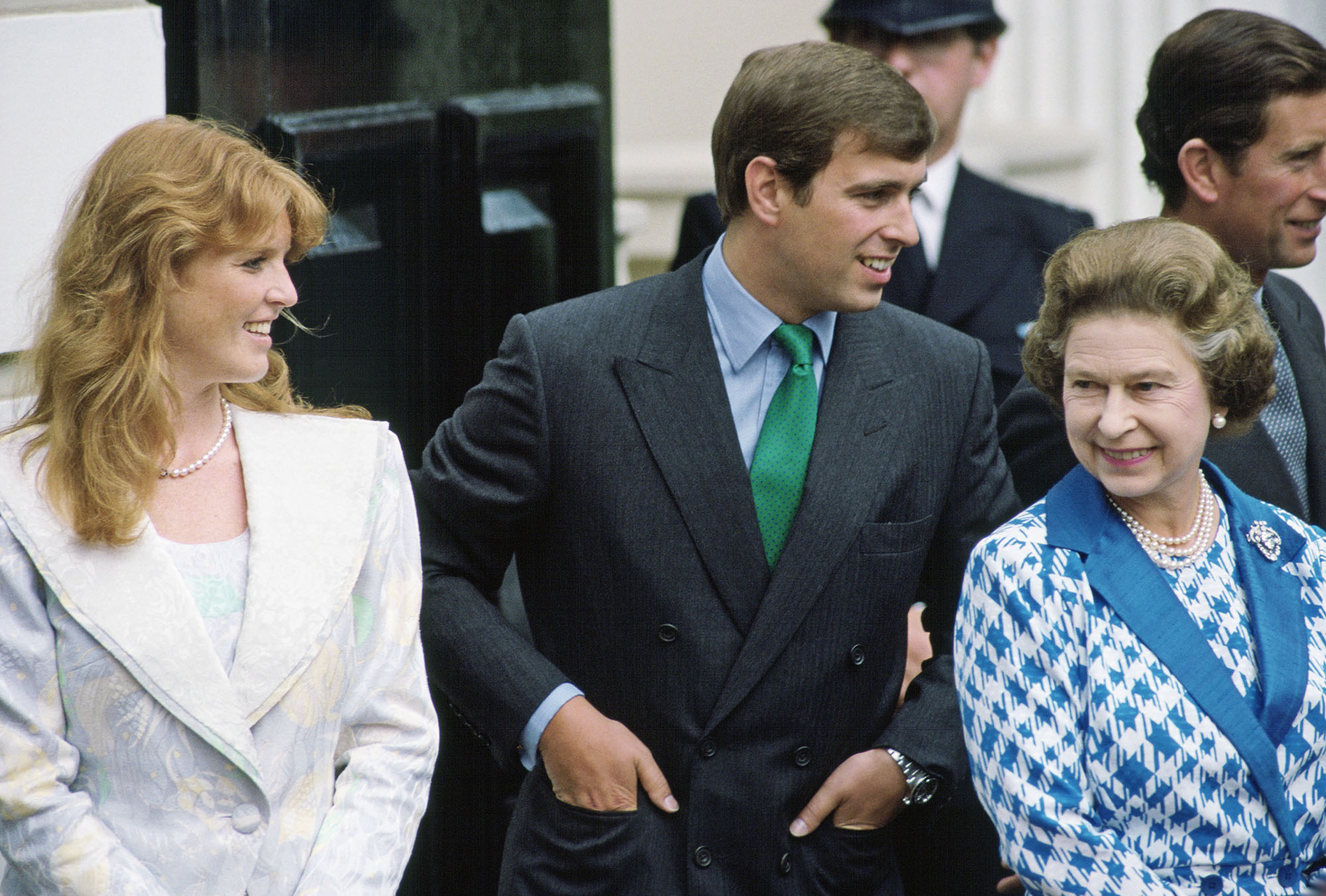 Ferguson praised her ex-mother-in-law on Twitter after the Queen’s death.

Tim Graham Photo Library via Get