Sen. Kelly Loeffler (R-Ga.), co-owner of the Atlanta Dream WNBA team, is worried that a plan by the league to express public support for the Black Lives Matter movement may leave some people feeling “excluded” and could drive sports fans away.

Her words of concern came weeks after she accused the movement of harboring anti-Semitic views and encouraging violence in a letter to the league’s commissioner.

In a Tuesday interview with ESPN, Loeffler said, “I think a lot of people feel that they may not have a place” as fans of a league that openly backs Black Lives Matter. “They may feel excluded from this sport and other sports that make them feel like American values aren’t at the core of what we’re doing here.”

Loeffler, a staunch supporter of President Donald Trump, expressed opposition to the movement in a letter to WNBA commissioner Cathy Engelbert on July 7 that opposed “Black Lives Matter” warmup jerseys for the players, the majority of whom are Black. The jerseys would feature the organization’s name and also read, “Say Her Name,” a reference to Breonna Taylor, a 26-year-old Black EMT who was killed by police in her Kentucky home in March. 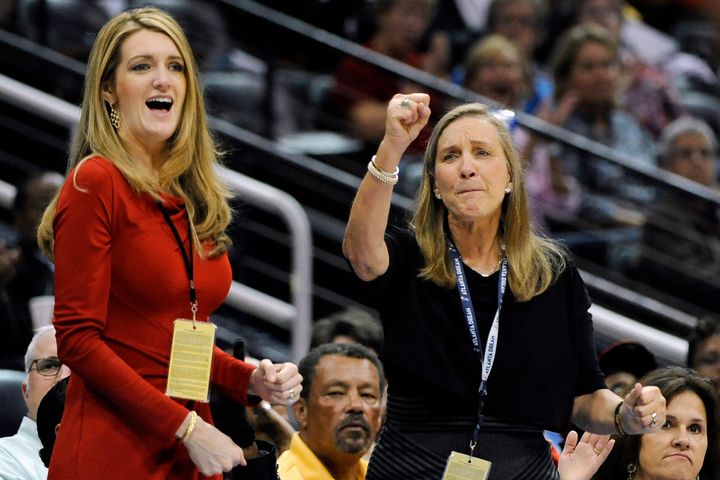 “I adamantly oppose the Black Lives Matter political movement, which has advocated for the defunding of police, called for the removal of Jesus from churches and the disruption of the nuclear family structure, harbored anti-Semitic views, and promoted violence and destruction across the country,” she wrote. “I believe it is totally misaligned with the values and goals of the WNBA and the Atlanta Dream, where we support tolerance and inclusion.”

Loeffler, in the ESPN interview, argued that there’s “no room for racism in this country, and we have to root it out where it exists,” but that the Black Lives Matter organization is “very different” from the statement: Black lives matter.

The movement’s website identifies its mission as “imagining and creating a world free of anti-Blackness, where every Black person has the social, economic, and political power to thrive.” It makes no mention of removing images of Jesus from churches. 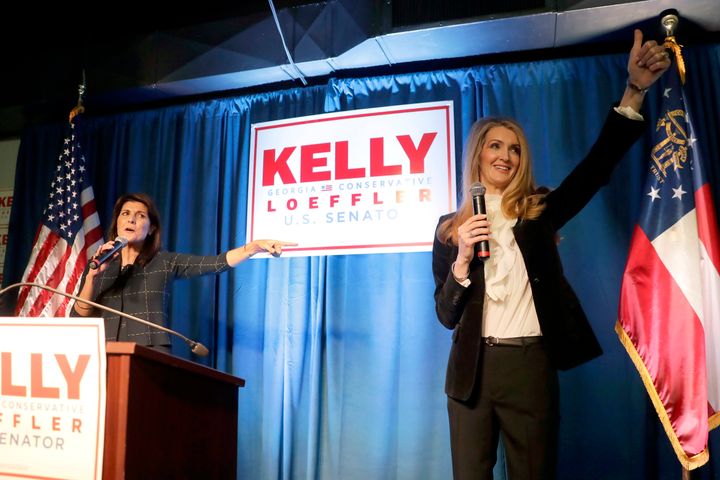 The movement’s website does call for defunding the police, in the sense of dramatically cutting department budgets and investing that money into community services like education, health care and housing. It also calls for the disruption of the “Western-prescribed nuclear family structure” and replacing it with a support system for all.

In such a world, everyone would support “each other as extended families and ‘villages’ that collectively care for one another, especially our children, to the degree that mothers, parents, and children are comfortable,” the website states.

Loeffler’s claim that the organization harbors “anti-Semitic views” appears to echo recent depictions by the anti-LGBTQ hate group Mass Resistance, which last month accused the movement of using tactics that are reminiscent of the Nazis.

Loeffler, who was appointed to the Senate in December and is facing a competitive fight to win a full term this November, has co-owned the Atlanta Dream since 2011. Since her Senate appointment by Gov. Brian Kemp (R), she has faced calls to sell her stake in the team.

“E-N-O-U-G-H! O-U-T!” the WNBA players union tweeted out with a photo of Loeffler earlier this month in response to her letter to Engelbert.

Dream guard Renee Montgomery reacted to the letter with a Twitter post saying, “I’m pretty sad to see that my team ownership is not supportive of the movement and all that it stands for.”

Montgomery had already decided to sit out this year’s WNBA season, which like all other major sports leagues has been on hold due to the coronavirus pandemic, to pursue social justice initiatives. She said Loeffler’s letter “is an example of why” she made that decision.

Engelbert has said that there are no plans to force Loeffler to sell her stake in the Atlanta team. She has also reaffirmed that this season will be dedicated to advocating for social justice.

“The WNBA is based on the principle of equal and fair treatment of all people and we, along with the teams and players, will continue to use our platforms to vigorously advocate for social justice,” she said in a statement.