After 12 hour-long episodes, Shantaram ends with a title card: “to be continued …” Sprawling though this tale may be, it has only just begun.

Adapted from Gregory David Roberts’ 936-page 2003 novel – which was drawn from his life experiences and first appeared in the world badged as something more like autobiography – this tale of sin and redemption is the first Australian commission from Apple TV+ and arrives with high expectations. 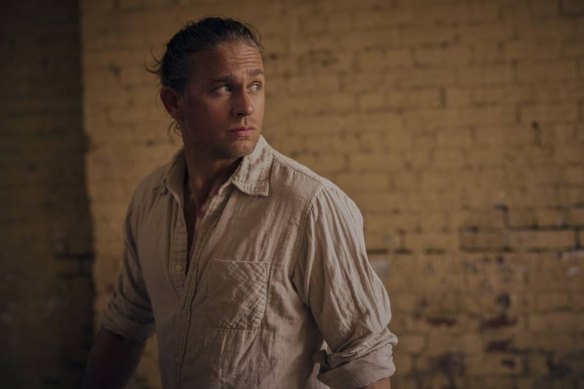 Charlie Hunnam plays Lin, a man on the run who finds the chance for redemption in the slums of Mumbai.Credit:Apple TV+

Originally budgeted at about $55 million, it’s a fair bet it came in somewhere north of that, what with the intervention of COVID and monsoons. It also blew out from a planned 10 episodes to 12. More than all of that, though, the first two episodes from writer Eric Warren Singer (American Hustle) and director Justin Kurzel (Snowtown, Nitram) were deemed too dark, so a new team went back and started again.

How much of this troubled history (and there’s far more where that came from) influences what we see on screen is hard to say. The story of Lin (Charlie Hunnam), a man on the run who hides out in the slums of Mumbai (called by its old colonial name, Bombay, throughout) and mixes with lowlife expats and local criminals, is inherently messy.

The pace at which it unfolds is perhaps unnecessarily lugubrious, but it’s in keeping with the vague stoner vibe. The production design is impressive: the slum (built as a set in Thailand when Delta made filming in India impossible) feels lived in, the Melbourne locations double convincingly for Mumbai, and the streets teem with crowded, messy life. 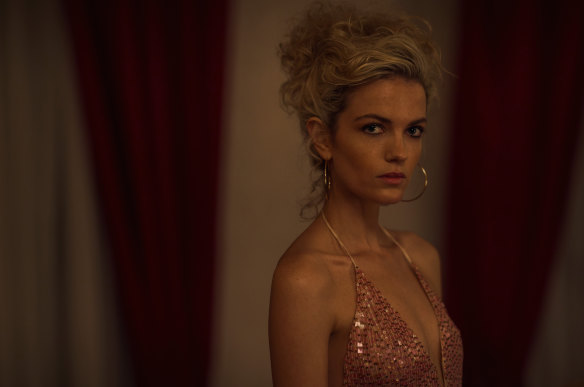 I suspect whether you embrace Shantaram or not will come down to how you feel about its rogue’s gallery of characters. Lin – whose real name, we eventually learn, is Dale Conti – was a philosophy student and part-time paramedic in Melbourne, who became a junkie, who became a bank robber, who became a prison escapee. At every step along this tawdry journey there’s an explanation, oftentimes bordering on an excuse. It’s in keeping with the overarching theme of fate, but advocates of the idea of personal responsibility may struggle.

In Mumbai, Lin at least gets the chance to redeem himself, just as long as his past doesn’t catch up with him. In his friendship with Prabhu (Shubham Saraf), a good-natured but far-from-naive tour guide, he finds moral and practical purpose in the slum, where he becomes a doctor of sorts.

In his relationship with the mysterious and elusive Karla (Antonia Desplat, daughter of the Oscar-winning French composer Alexandre Desplat), he finds the prospect of love, even though it takes him deeper into a tangle of conspiracy and lies. In his connection with underworld boss Khader Khan (Alexander Siddig), he finds a father figure, an occasional saviour and a tutor in the nature of duality and moral complexity.

So much of it hinges on Hunnam. He plays Lin as a kind of good-intentioned naif, bumbling from one moment beyond his ken to the next, and in that he’s convincing enough. I just wish his Australian accent were better. But at least he’ll have time to fix that: by the time of that final title card, we’re barely a quarter of the way through.