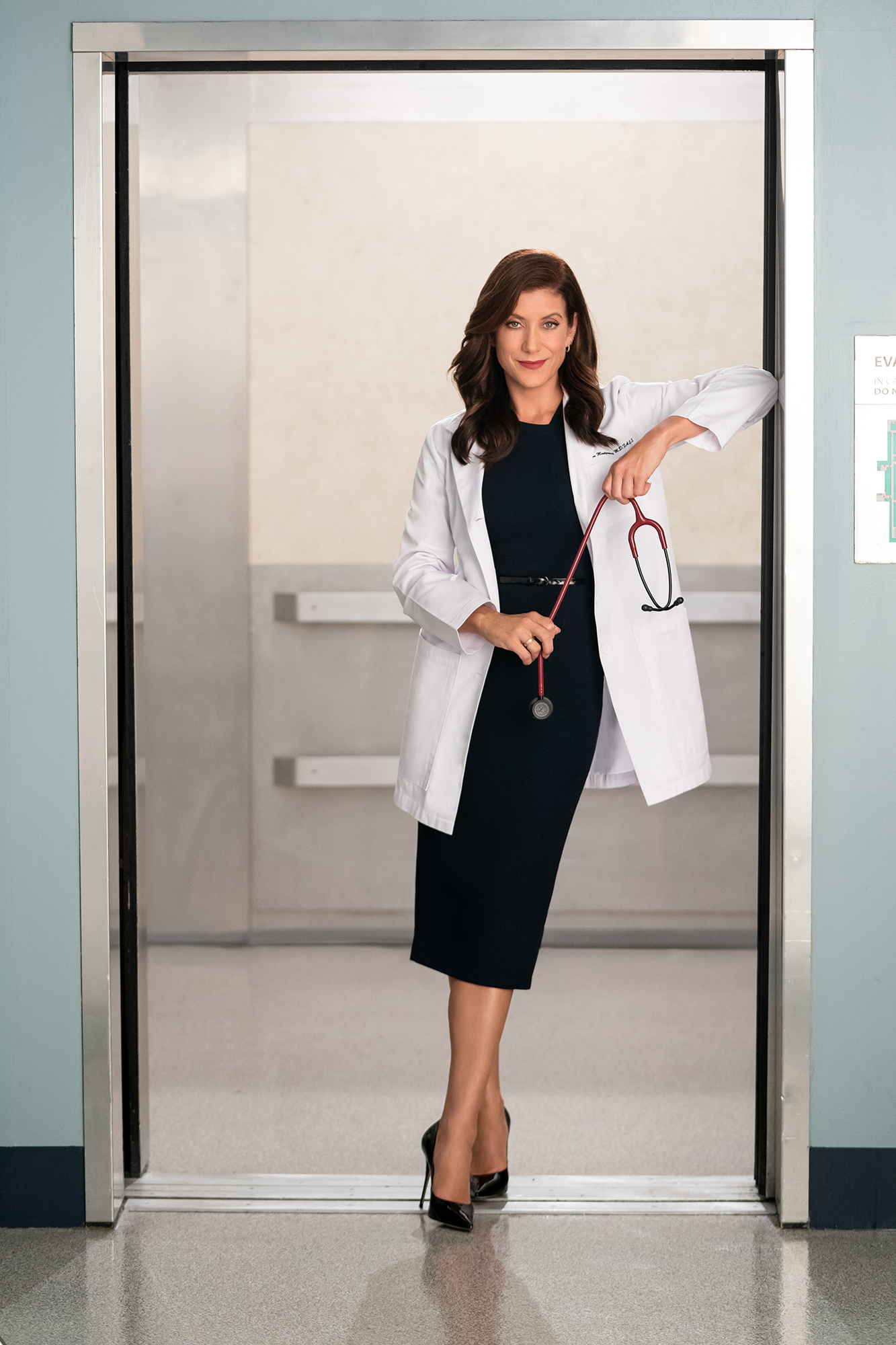 Ahead of her official entrance in the third episode of season 18, the ABC medical drama has shared a sneak peek of her return at the conclusion of the Thursday, October 7, episode.

“Next Thursday, guess who’s back?” the voiceover announcer speculated, as the GSM residents guess who the new arrival could be. After displaying shocked faces, the 53-year-old actress struts into the hospital hallways and delivers a new spin on her classic opening line from the season 1 finale.

“I’m Dr. Addison Montgomery,” Walsh quipped, mimicking her initial show introduction. “And you must be the group that’s been screwing up the program?”

Following the brief promo, ABC aired a scene from the episode, in which the acclaimed neonatal surgeon called for assistance during a tricky surgery.

“The AC’s out, the whole hospital is down,” Richard Webber (James Pickens Jr.) explained in the footage, as the camera panned to Walsh wearing her character’s classic teal scrub cap. “How long will it take you to close Tovah?”

While Walsh’s Montgomery informed her former mentor that she “can handle a little heat,” he noted, “The HVAC system controls the air filtration of the hospital, you need to close her as soon as possible to prevent infection.”

“I’m not stopping Tovah’s transplant, she’s been waiting months for this,” she replied. “Find me a set of hands that’s experienced in microvascular anastomosis of the abdomen. Get me, Meredith Grey.”

The long-running drama first teased her arrival hours earlier via Instagram on Thursday, noting, “TONIGHT! Stay until the end of #GreysAnatomy for a special first look at the return of Dr. Addison Montgomery!! You will not want to miss this. 🤗.”

Alongside the announcement, the show included an official portrait of Walsh wearing a black dress and white lab coat as she stands in the GSM elevator bank.

Scrubbing Back in! Everything We Know About Season 18 of ‘Grey’s Anatomy’

The Emily in Paris star is set to make her re-debut in the third episode of the season, which is titled “Hotter Than Hell.” The episode — slated for an October 14 premiere — brings Addison Montgomery, aka “Seattle’s favorite redhead,” to “grace the Grey Sloan halls with her experience and expertise as she attempts to help Richard teach the newest crop of residents,” per an official ABC description.

The 13 Reasons Why alum announced her arrival on the medical series’ milestone 18th season in September via social media.

In the clip, the Boyfriend perfume founder smiled as she answered a slew of “questions I frequently get asked,” including if she’d ever return to Grey’s. “YES,” she replied before the video transitioned to her sporting a white lab coat over her outfit.

The California native first appeared in the season 1 finale, which aired in 2005, as the estranged wife of Meredith Grey’s beloved Derek Shepherd. She soon became a regular player for two years before her character moved to Los Angeles for the Private Practice spinoff. Ahead of its series finale in January 2013, she briefly appeared in the seventh season of Grey’s for its March 2011 musical episode.

Grey’s Anatomy’s Exits: Who Quit? Who Was Fired? Who Is Down to Come Back?

Earlier this year, the Bad Judge alum noted she would love to make a surprise cameo on the medical show prior to the recent news. 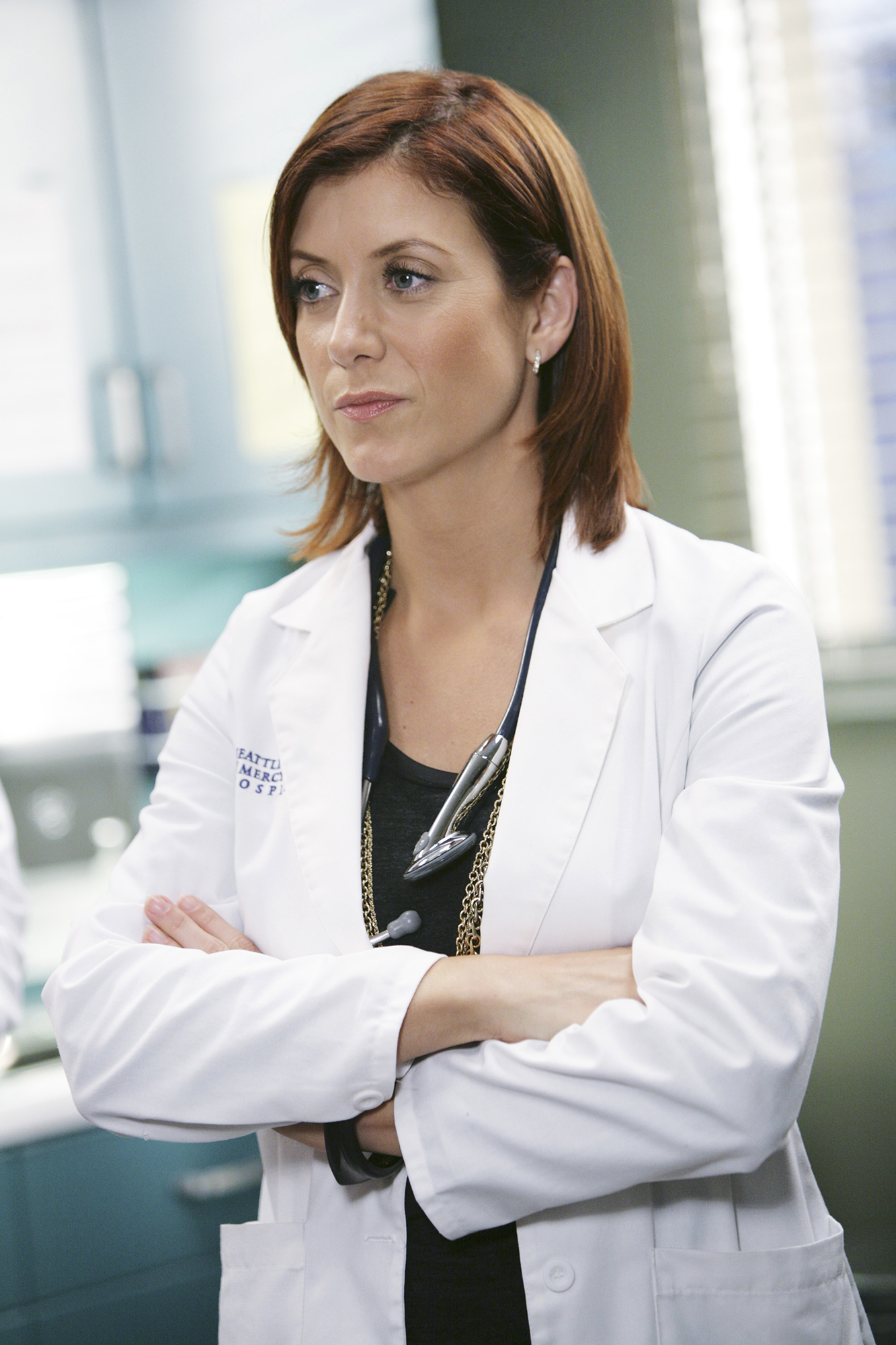 “Of course! I mean, I’m here in western Australia so it would be a big trip so I’d have to see. But, yeah, I’m always open to it. I’m here,” Walsh exclusively told Us Weekly in February. “I couldn’t be further away from Los Angeles right now. But maybe Addison could call in or zoom in.”

Walsh is one of several returning faces who’ve returned to the hallowed halls of Grey Sloan Memorial during season 18, including Kate Burton and Scott Speedman, who both appeared in the September 30 premiere episode.