Why such a peculiar and chaotic rush to hit our wallets? SIR IAIN DUNCAN SMITH says speed of significant National Insurance rise being forced through has strained public trust in the Government

The past seven days have left many Conservatives bewildered. Without warning, just before MPs came back to Parliament, we were thrust into a bizarre debate about social care.

We had been promised a detailed plan for reforming what everyone acknowledges to be a major problem. Yet the discussion was solely about who should pay and how to raise the money.

Surely this was back to front. We should have debated how to reform a system that simply doesn’t work.

As if that weren’t confusing enough, it then emerged that the social care funding was to be merged into a larger scheme giving the National Health Service a further £36 billion over three years to help reduce waiting lists. 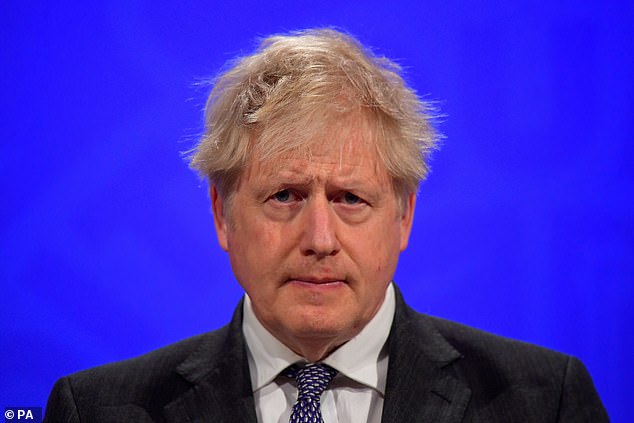 We were promised a detailed plan for reforming social care. Yet the discussion in Parliament was solely about who should pay and how to raise the money. Pictured: Boris Johnson

No one questions that these things must be paid for. Everyone understands, too, that the pandemic has punched a hole in spending plans made at the last Election.

Yet the peculiar and chaotic haste with which a significant rise in National Insurance – which clearly breaks a manifesto pledge – was forced through has strained public trust in the Government. Worryingly so.

There was no parliamentary rebellion because MPs knew all too well that such a significant measure could have become a de facto vote of confidence in the Government. But a number of us are now seriously concerned.

Conservatives are not ideologues but they do have a set of shared values which act as a guide. These values include trusting people to take responsibility for their decisions and giving them the power to do so.

That’s why Conservative governments strive to leave people with more of their own money.

National Insurance is not even a particularly fair form of taxation, as it falls on the shoulders of younger working people who are having to help pay for an ageing population. 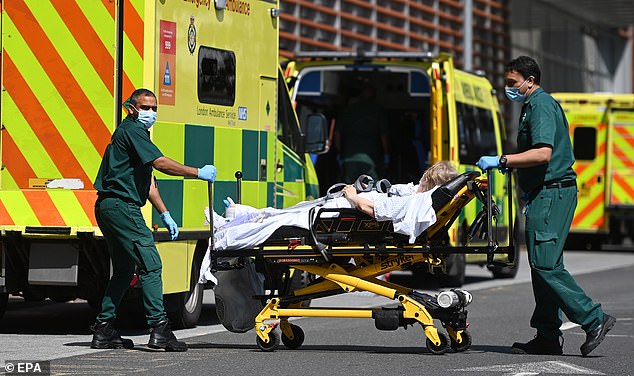 It emerged that social care funding was to be merged into a larger scheme giving the NHS a further £36b over three years. Pictured: Ambulance staff at the Royal London hospital

There is a real concern that once the extra money goes to the NHS, it will never actually make it through to the care system itself.

Think tank the IFS is already forecasting that more money will have to be spent. No one can recall the NHS ever giving money back.

How many more taxes will have to be raised to resolve the next set of demands? How many more pledges will be broken?

Those questions become all the more urgent as the latest figures show economic growth has slowed to nearly a standstill. Extra taxes could make this situation still worse.

This unwelcome tax rise is not the only cause for concern. All too often it seems as though the Government’s political compass is out of true – that its policies fail to line up with Conservative values.

I will bow to no one in my admiration of how the Prime Minister has masterminded our magnificent vaccination programme. Since then, however, that sense of direction has too often wavered.

Take the planning proposals now in the pipeline. Why take a wrecking ball to the process and hand greater power to developers? Communities do not wish to be overrun with tower blocks.

The existing Covid powers granted to the Government are already excessive. Now it looks as though they will be augmented with mandatory vaccine passports.

While Conservatives understand the need to deal with the pandemic, they worry that the Government is getting too comfortable with such powers.

Treating people as children risks undermining their independence and strips from them their ability to balance risk and reward – a critical part of our lives. 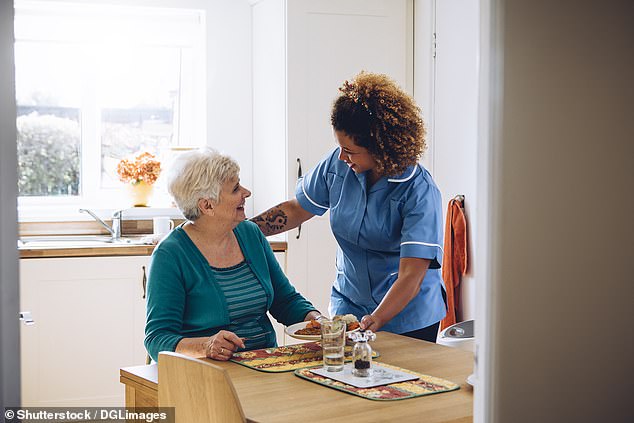 The haste with which a significant rise in National Insurance, which breaks a manifesto pledge, was forced through has strained public trust in the Government (stock image)

The PM did what he promised and got Brexit done. Yet even this has left a dangerous ‘wagging tail’ – the Northern Ireland Protocol, which threatens our precious United Kingdom.

A recent poll showed that a majority of British people disapprove of the special trade arrangements for Northern Ireland. They know the European Union aims to drive the province apart from the rest of the UK.

No self-respecting government should have to abide such interference. The continued existence of the Protocol strikes at the heart of what it is to be UK citizens. It threatens the Good Friday Agreement and the stability of Northern Ireland.

The sad part about this week isn’t just the increased taxes on ordinary people – it’s the pattern of rushed decision-making.

This Government came in with a clear and strong agenda. It promised to build back better. To level up.

Yet to do that, we must trust people with the freedom to run their own lives, to start their own businesses and to protect their families without the state bearing down upon them.

They need a government on their side – not on their backs.