Social media superstar Bretman Rock accepted a “real 9-to-5” job Friday during the “Unleashing the New Logic of Creativity” panel at Cannes Lions.

Logitech CMO Najoh Tita-Reid proudly announced that Rock, 23, would serve as creator director for the company that supports a network of influencers.

Rock — who stunned on stage in a hot pink Alexander McQueen suit styled by Brian Meller — chatted exclusively with Page Six moments later, revealing that his first order of business in his new role is inviting “more queer and brown kids” such as himself into the lucrative industry.

“I’m not just saying this because she’s here in Cannes right now, but I’m obsessed with Devin Halbal,” Rock said of the 23-year-old TikTok personality known for her ubiquitous “Met Gala Behavior” clips.

“She’s amazing. I think she is such a great representation for the trans community. I just love her and I am dying to work with her.”

Rock will have to manage his new full-time gig with many other responsibilities. 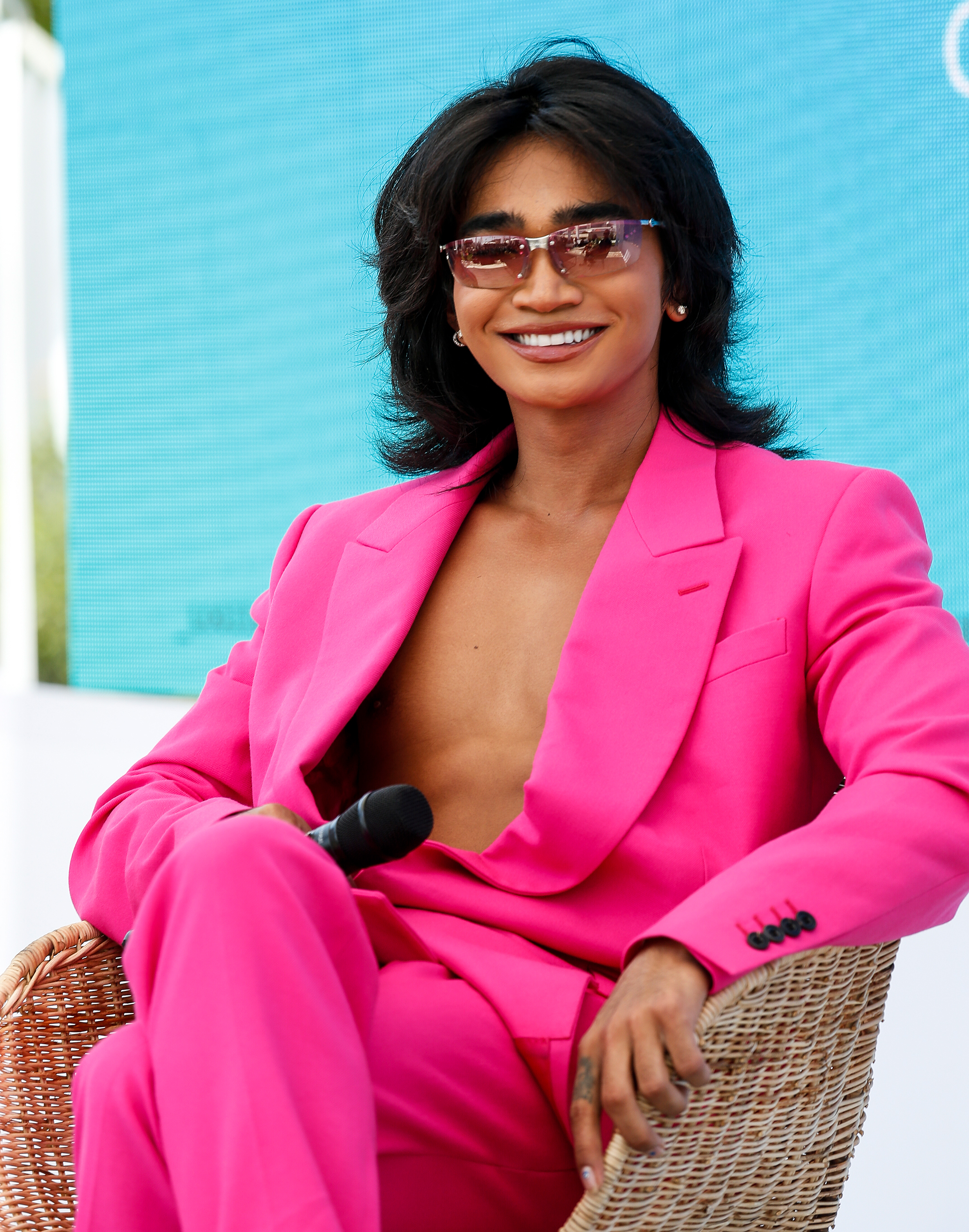 When the Hawaii resident is not traveling for events like Cannes Lions, he’s creating content for his tens of millions of followers, collaborating with major beauty brands and posing for photo spreads in prestigious magazines ranging from Teen Vogue to Playboy.

“Please check in on me in two months!” he said with a laugh. “Ask me then and I’ll let you know because I just started and I’ve got a lot on my plate. I don’t know how stressful it will be, but I will say that there is nothing Bretman Rock can’t handle. I’m a little nervous maybe, but confident that Bretman Rock can do anything.”

Rock — who catapulted to online stardom at 17 after one of his comedic YouTube videos, called “How to Contour,” went viral — often refers to himself in the third person. It’s part of a self-prescribed strategy to prevent the demands of his booming career from negatively impacting his mental health. 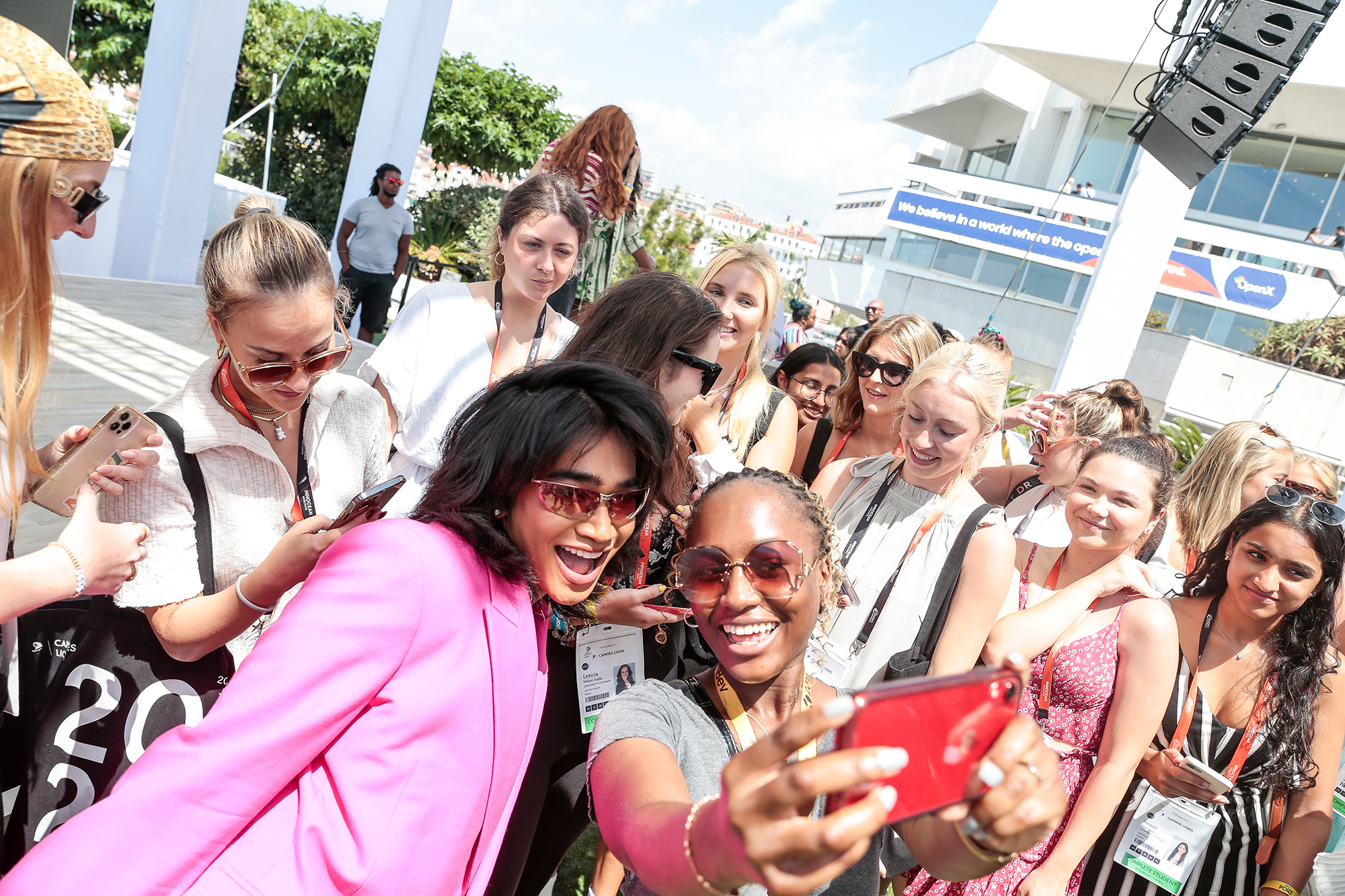 “I separate ‘Bretman Rock’ and ‘Bretman’ because I realize that Bretman Rock’s problems are not always Bretman’s problems,” said the Philippines native, who immigrated to the US with his family 15 years ago.

“It sounds like a lot because I’m not only taking care of one person’s mental health, it’s like I’m taking care of two,” he said of his ability to compartmentalize his contrasting psyches. “But because they’re separated, I get to digest it all better.”

Regular therapy sessions help Rock pinpoint the specific problems that plague him both personally and professionally.

“‘Bretman Rock’s’ biggest problem right now? It is so hot in Cannes. My makeup is melting and my hair is so flat!” he said, his vibrant internet persona shining through. 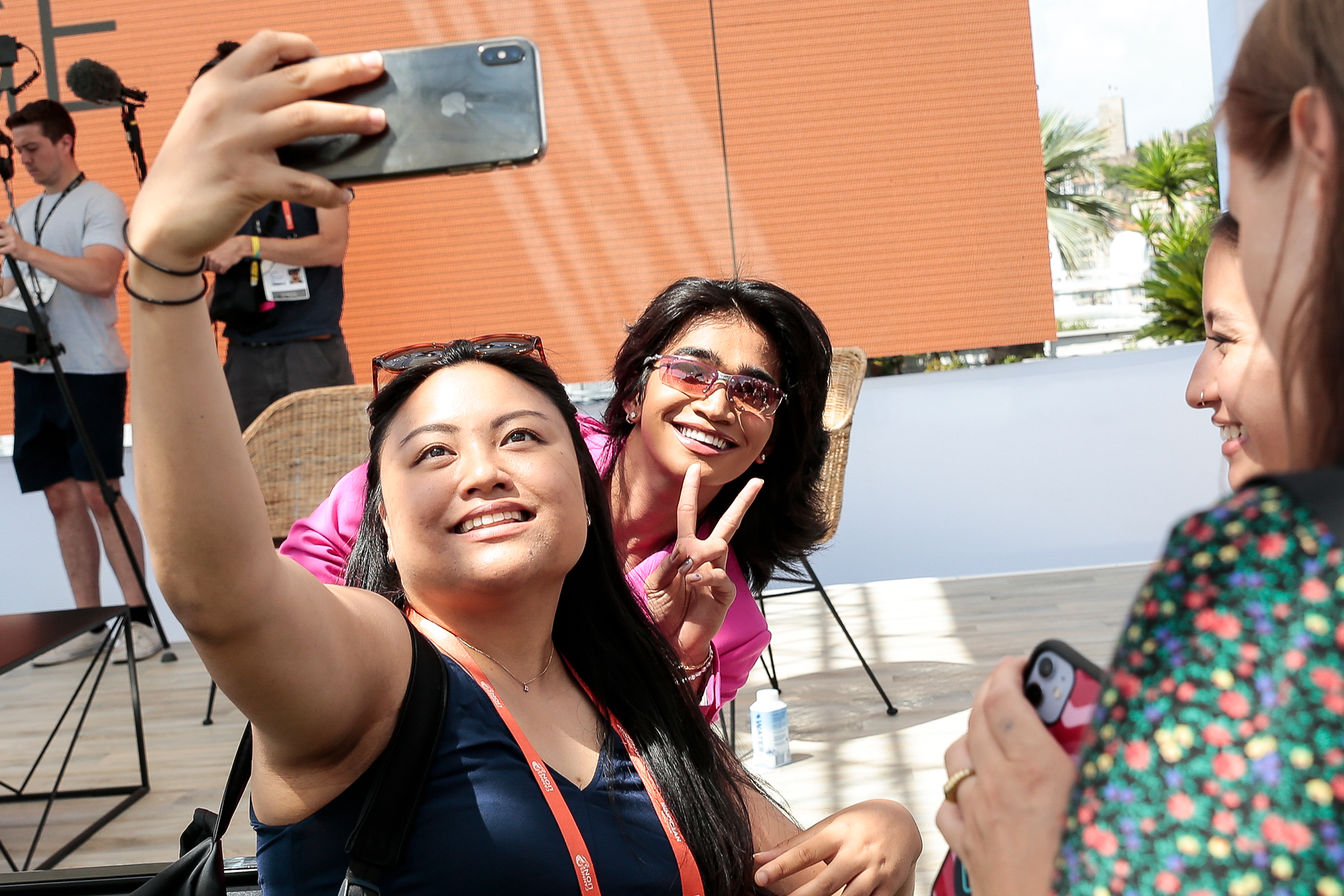 “And then ‘Bretman,’ on the other hand, is like, ‘Why do I not have a boyfriend?’” Rock added, allowing for a moment of vulnerability. “Two different sets of problems, but sometimes they meet in the middle. And when there’s overlap, therapy definitely helps me navigate that too.”

On the upcoming installment of his unscripted MTV series, the multi-hyphenate also seeks professional assistance to repair his fractured relationship with sister Princess Mae.

“With this season, not only are we healing our generational trauma but we’re also kind of expressing how much we miss each other,” he said. “My career has kept me so busy over the last year and so it’s kind of taken me away from my sister. It may seem dramatic that we’re seeing a therapist together, but I’m passionate about fixing this.” 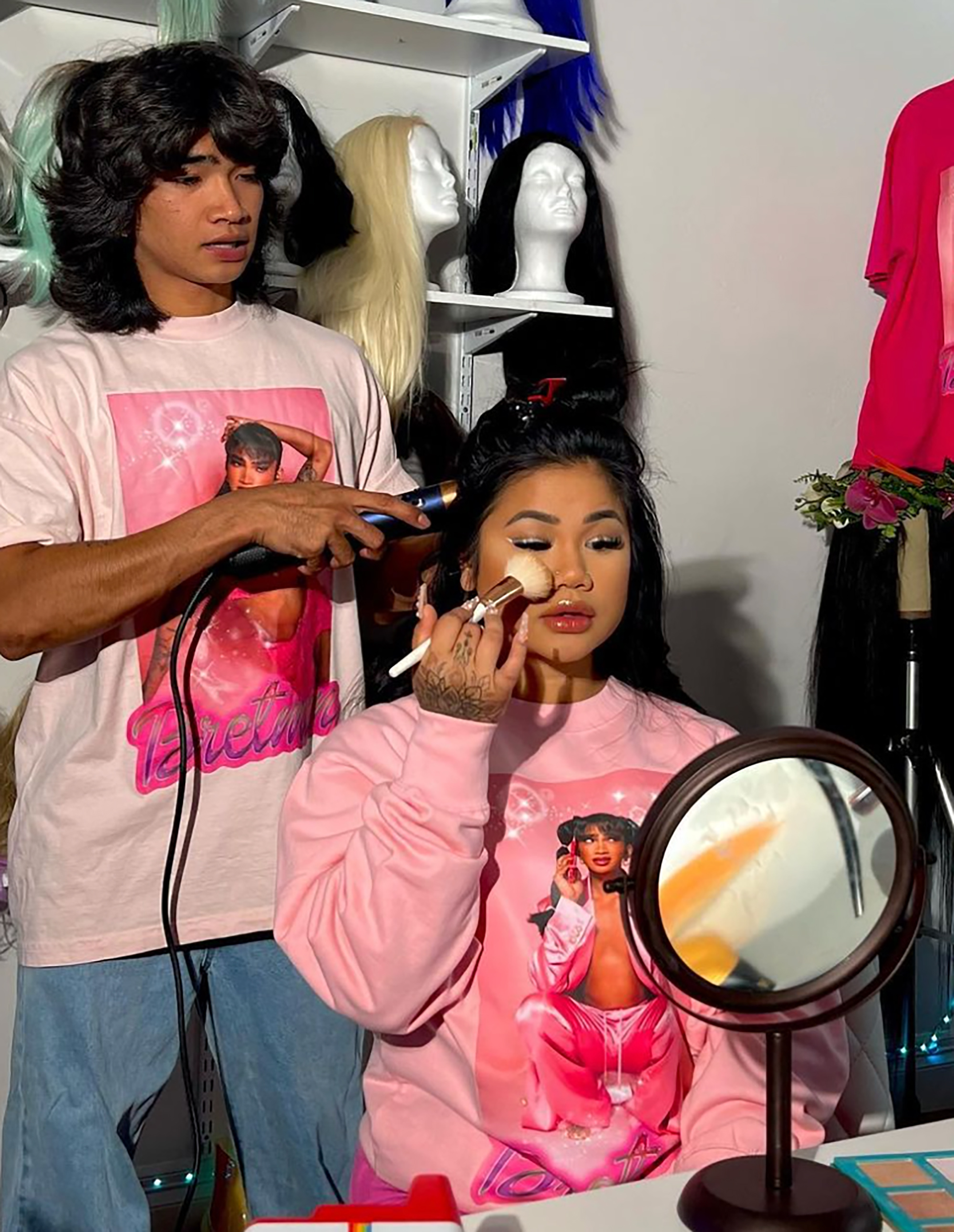 Rock is equally passionate about pushing Mae, 22, and more of his loved ones who appear on “Following,” to use his platform for their own advantage.

While the TV personality is currently content being the “breadwinner” of his family, he hopes to be the conduit for their solo success.

“I always had the pressure to do great for myself, to be amazing for my mother,” he said of his beloved mom, Mercedita, who told him that he was “special” and “meant for great things” from a very young age.

“I have a Filipina mother who wants a new Louis Vuitton bag every month, so yeah, I will probably be feeling like the breadwinner until my 60s!” Rock elaborated. “Don’t get me wrong, I love supporting my family. But I’d love to see everyone win on their own — especially Princess.” 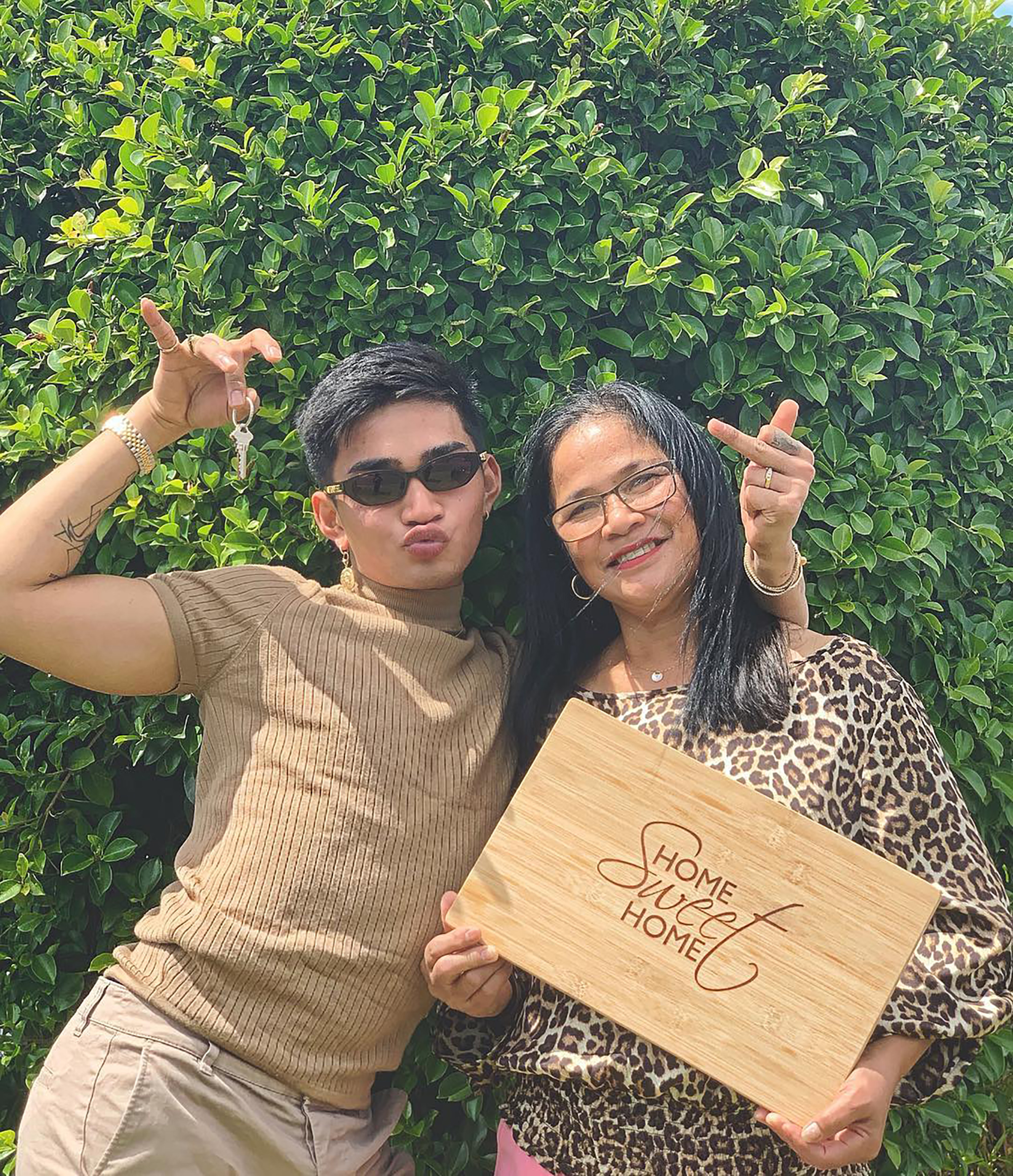 On “Folliowing,” Rock notably encourages Mae to pursue her dreams of becoming a singer — a mission that makes him feel akin to a certain reality TV matriarch.

“Let’s just say I’m the Kris Jenner of the family. I’m the momager bringing everyone in and giving them a moment to shine. I want the best for everyone,” he told us. “And if my sister’s reading this, yes, bitch, you’re the Kim Kardashian of the family. You can have that.”