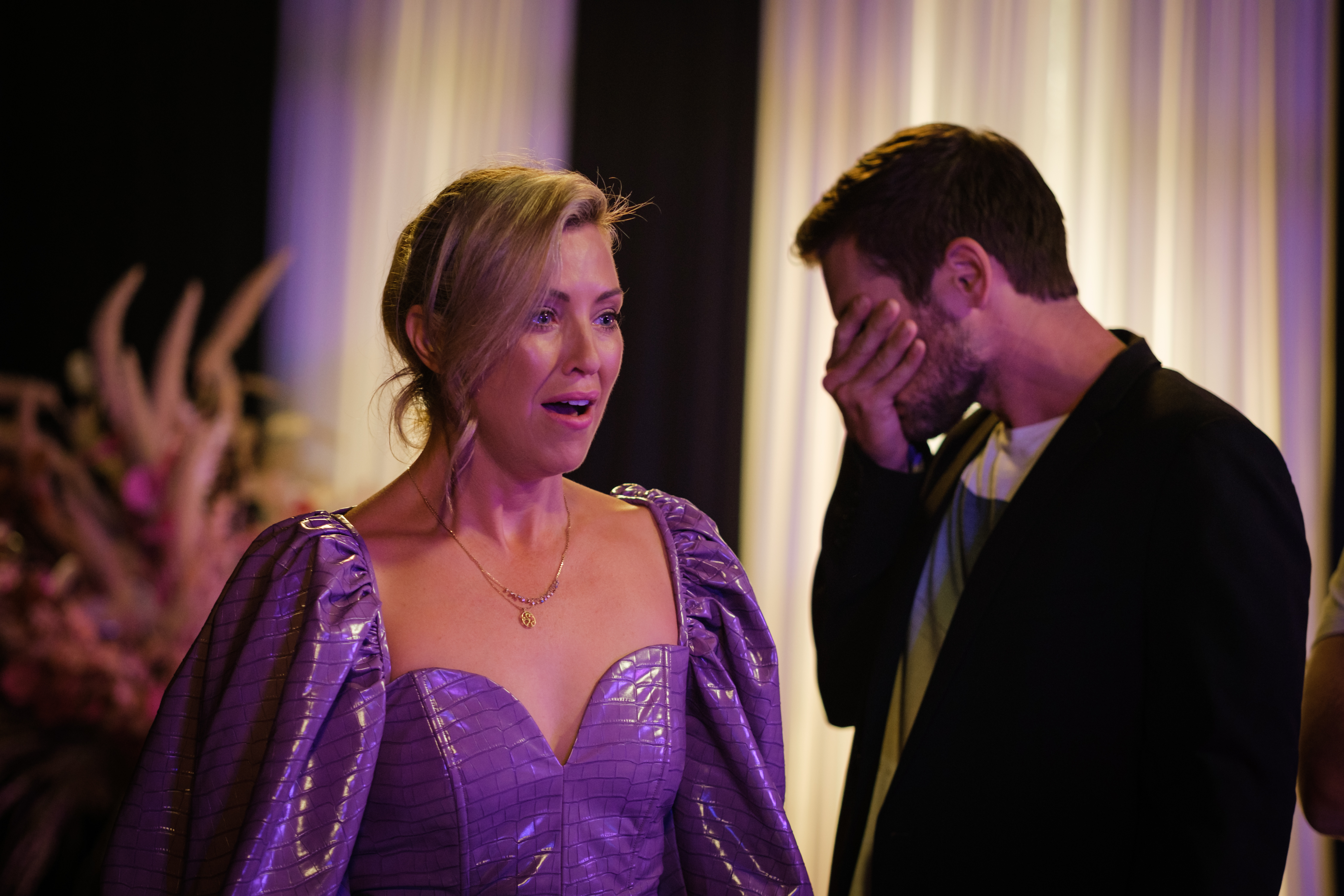 Ned (Ben Hall) has been dancing around his feelings for Harlow (Jemma Donovan) for far too long now. But someone is about to force his hand and his betrayal is exposed to Amy (Jacinta Stapleton) in the cruellest way in Neighbours.

Despite choosing to stay with Amy, Ned’s feelings for Harlow have been bubbling away. Unable to ignore them, he agrees with Harlow to break up with Amy and pursue whatever this is. But there’s one caveat – he’ll do it after Amy’s fashion show.

This is a mistake for many reasons, but one being that it’s her time of need and she is so grateful for Ned’s help that she tells him how much she loves him. This tugs at his heartstrings and he is pressured to say it back, setting Amy up to be completely blindsided when he eventually breaks up with her. Only he never gets the chance.

When the show starts Harlow appears and takes Ned’s breath away. His heart tells him he’s making the right choice. But as she parades along the catwalk disaster happens, evidence of her affair with Ned is projected onto her dress for the world – and Amy – to see.

Amy is inconsolable at the shocking way Ned’s cheating is announced. She is heartbroken by the betrayal and nothing Ned can say can repair the damage. Harlow, however, now has her eyes on her man. As far as she’s concerned, the coast is clear for her to step forward. But now reality has hit, does Ned still want her?

The excitement has worn off for Harlow as she faces the music. She tries to reach out to those around her for support, but Corey has other ideas – aiming to isolate her. He manipulates Terese and makes Harlow look like the guilty party. Being viewed as a relationship breaker is bad enough for Harlow, but it looks like Corey has her set for much, much worse.

Scenes air from Monday May 2 on Channel 5.