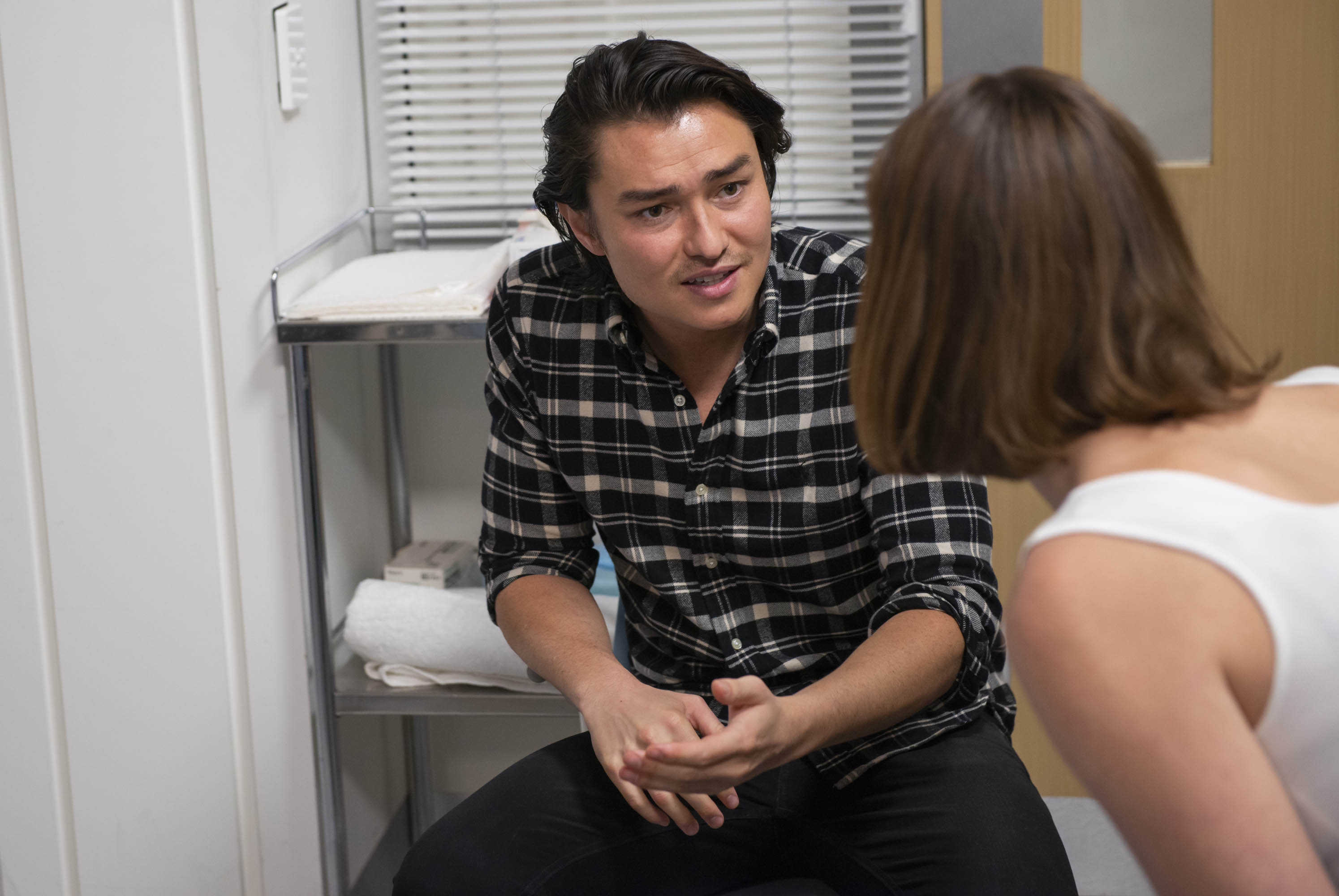 Aaron (Matt Wilson) and David (Takaya Honda) couldn’t be happier as new parents with the baby they’ve always wanted. But a crazy stalker is about to bring their world crashing to the ground in Neighbours.

The couple are in their element as new parents, and with it being their first Father’s Day they are beside themselves with joy. They excitedly prepare to take their little girl Isla into town but they are so wrapped up in their new family that they miss something vital – they are being watched.

A woman called Britney is keeping a close eye on them and the baby – but why?

The new dads are thrilled to show off Isla at the festival and it’s brought them closer together as a couple. They take a moment to enjoy the fireworks and each other’s company, revelling in their life’s achievements, but this moment will change their lives forever. They allow themselves to become distracted for a split second, and that’s long enough for the baby to be stolen.

When Aaron and David realise Isla is no longer in their car they terrified. Panic hits as they call the police and mount a desperate search. After searching all night Levi (Richie Morris) makes a startling discovery – Isla has been taken by a woman named Britney Barnes. The very woman who has been stalking them.

When Levi tracks Britney down to the Community Centre he employs his best negotiator skills in trying to convince her to return the baby. Britney refuses, asserting that Levi has it all wrong. She knows the truth and it all finally comes tumbling out – she is Isla’s real mother. And – plot twist – Leo is the baby’s father!

Aaron and David are devastated to learn their daughter isn’t their daughter and struggle to digest Leo’s role in all of this. As Nicolette (Charlotte Chimes) returns there are worse revelations to come – she has no intention of honouring their original parenting agreement with the real baby Isla.

The boys are heartbroken and left with nothing. But will they even still have each other when Aaron learns of David’s role in it all?