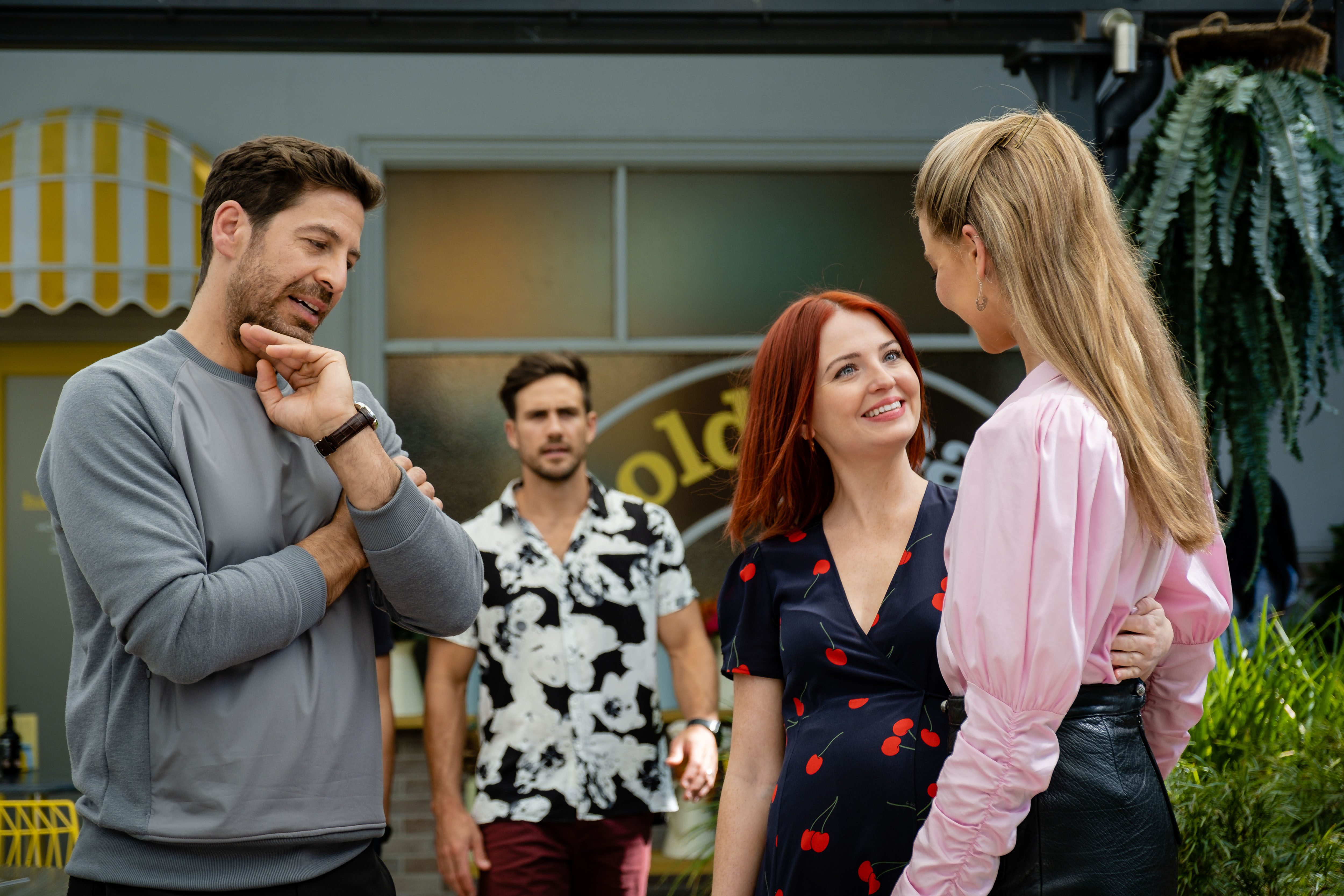 There’s a familiar face back in town, but not for the reason anyone thinks in Neighbours. Pierce Grayson (Don Hany) rocks back up in Erinsborough, and while you might be forgiven for thinking he’s visiting his beloved son, he’s not. He’s got bigger fish to fry.

Karl Kennedy (Alan Fletcher) obviously thinks Pierce is back for Hendrix (Benny Turland) but he is concerned Hendrix won’t take the return of his dad well. He’s still smarting from the fact Pierce left in the first place. Karl urges the teen to give Pierce some of his time and though Hendrix is resistant he eventually caves – if he’s honest with himself he does need his dad around. Sadly for him, he should have trusted his gut.

One thing Pierce can’t resist doing while back in town is ruffling Paul Robinson’s (Stefan Dennis) feathers. He calls out his money troubles, much to Paul’s chagrin. The two enter into a heated exchange that pushes Pierce to slip up and reveal the real reason he’s back is business, not family. Hendrix hasn’t even been on his mind. That little nugget of knowledge gives Paul exactly what he needs.

Elsewhere, Pierce’s return is ruffling feathers for a different reason. Chloe (April Rose Pengilly) is worried about the effect of his appearance on Nicolette (Charlotte Chimes). But she’s not doing enough to protect her girlfriend’s feelings, as she can’t help but feel drawn to spending time with Pierce. This does not go unnoticed by hawk-eyed Nic.

As Pierce’s stay continues, he learns the shock truth about Nic – it was her who planted the necklace for Chloe to discover his affair which ultimately ended their marriage. He’s raging and decides to cruelly get his own back by planting a seed of doubt in Nicolette’s head about her relationship.

While Pierce is out and about upsetting everyone he comes across, he’s forgotten about his own son. Paul gleefully lets him in on the real reason Pierce has returned and he is utterly crushed. He tries to fight through the hurt to give his dad a second chance, but is he setting himself up for a fall.

Meanwhile Pierce has bigger fish to fry than his upset teenage son. He is determined to get in between Chloe and Nicolette, telling Chloe that she’s just rushing into her new relationship without facing her grief over Fay. Is he right? Well whether he is or not, he’s got into Chloe’s head…