Kobe Bryant‘s deeply devoted fanbase is doing what it takes to uphold the NBA legend’s legacy.

A little over 24 hours have passed since Bryant and eight others, including his 13-year-old daughter Gianna, were killed in a helicopter crash while en route to to a basketball tournament held at the retired athlete’s Mamba Academy in Thousand Oaks, Calif. As shockwaves reverberated across the world, Kobe’s famous peers and lifelong fans gathered to hold vigil and grapple with the devastating loss.

Among their efforts to honor him is a Change.org petition requesting that the NBA change its logo to feature Bryant. The logo currently features a silhouette of Jerry West, another L.A. Lakers great who described himself as a “surrogate father” to Bryant.

The petition, created by user “Nick M.” and featuring a a logo mockup by graphic artist Tyson Beck, is quickly approaching 1 million signatures. Several celebrities and athletes, including Snoop Dogg, Justin Bieber and Meek Mill have called for the NBA to change the logo on social media.

“Couldn’t be a better time or all around athlete and person for it,” Usher wrote on Instagram, adding, “#changethelogo”

Though the NBA postponed the Lakers game against the Los Angeles Clippers scheduled for Tuesday out of respect for Kobe’s longtime team, several other organizations paid tribute by holding moments of silence before games, repping Kobe on their jerseys and shoes and taking 24-second shot clock violations in honor of his number on the Lakers.

The University of Connecticut women’s basketball team honored Gianna, who expressed her desire to play for the school, by displaying a No. 2 jersey and bouquet of flowers on a courtside seat. 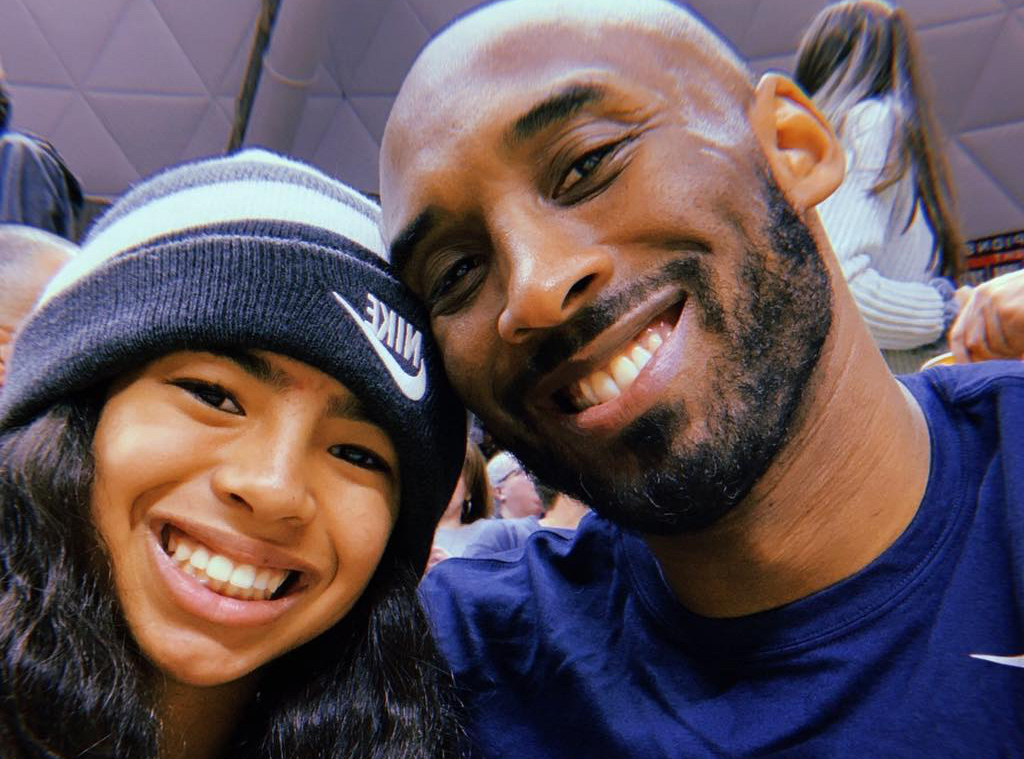 Just this afternoon, authorities held a press conference to share more details from the ongoing investigation. NTSB Board Member Jennifer Homendy described the scene as “pretty devastating” and said the coroner’s office will continue recovering human remains for the next several days.

For more details on the fatal crash, find out everything we know so far here.