The union movement will be campaigning against the Liberal Party in eight outer-suburban marginal seats and will pressure Labor to commit to improving the rights of workers and the welfare of apprentices.

The Victorian Trades Hall Council has launched its campaign, Victorian Plan: Ideas for Secure Jobs and a Fairer Victoria, to push what it says is worker justice to the heart of the November state election. 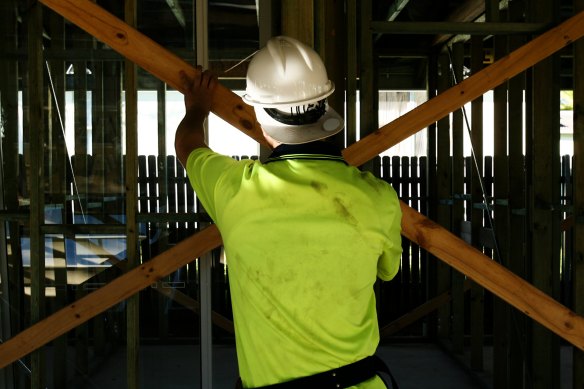 It wants Victorians to have access to universal portable long-service leave, which guarantees every worker a paid career break every 10 years irrespective of how long they have worked with an employer; the option of four-day working weeks; and legislation to make company directors and senior management liable for sexual harassment in their workplaces.

Trades Hall secretary Luke Hilakari said now was the time for the Andrews government to address the nature of insecure work and reflect on the type of society it wanted.

“The one thing the government did do after the pandemic, which was fantastic, was announce its casual sick leave scheme,” Hilakari said.

“That was important because the pandemic showed the hard choice people were making, and it was well-accepted by the end that casual workers often have to make a difficult choice.”

“We know that the Victorian Liberal Party have spent the last four years opposing every piece of legislation that improves rights for workers – wage theft laws, industrial manslaughter laws, labour hire licensing – they have no credibility on delivering for workers,” he said.

“We’ll be telling our fellow Victorians that when it comes to your rights at work, you can’t trust this Guy”.

One of the focuses of the campaign will be to put the welfare of apprentices on the radar of politicians and improve oversight to ban “dodgy” bosses from exploiting trainees. 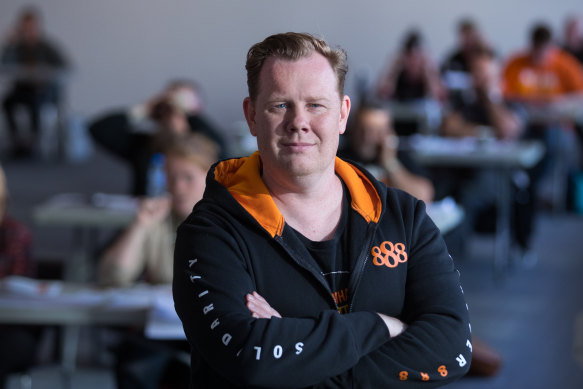 Hilakari said the quality of workplaces for apprentices needed to be addressed and employers better regulated.

The Victorian Registration and Qualifications Authority was failing to properly regulate apprenticeships, he said, and unions wanted a separate statutory authority to take over the role.

Hilakari said the new authority should be given the power to investigate complaints and enforce actions, including banning employers from taking on apprentices if they were deemed unfit.

Audrey McCarthy, 20, is currently doing her electrical apprenticeship on a government project, after starting her trade as a 19-year-old working for an employer who did electrical work on homes.

“Safety was not really a priority: I got shocked twice, and it was like, ‘Just walk it off, have a drink of water, that’s not something you need to take seriously’,” McCarthy said.

“Too often, apprentices who are being mistreated go below the radar because there isn’t any proper oversight.”

McCarthy worked for the employer for eight months, and said she was asked during the summer months to work in hot roofs all day.

“Employment agencies were meant to check in with apprentices, but they would send a generic email every six months asking if I’m still working with my employer and going to TAFE, and that was the extent of my communication even though they were meant to be my primary point of contact,” McCarthy said.

A government spokeswoman said that since being elected in 2014, Labor had created the Victorian Wage Inspectorate to oversee wage-theft laws, created a portable long-service leave scheme for workers in some sectors, and made workplace manslaughter a criminal offence.

“Our track record shows that Labor listens to and backs workers,” she said. “More than 600,000 jobs have been created across the state since we were elected – almost eight in 10 of them full-time roles.”