A Winter of Discontent? That is what some sages are promising us. They don’t know what they are talking about.

I can remember the original 1978-79 Winter of Discontent — public-sector strikes orchestrated by rampant trade unions, rubbish piling up in the streets, gravediggers downing their shovels. And inflation at over 8 per cent.

I recall having to wait hours for an ambulance to take my ill father to hospital. When it finally arrived, it was crammed with other sick people.

What have we now? Some panic-buying of petrol which, as Transport Secretary Grant Shapps pointed out yesterday, is a ‘manufactured’ crisis as there is plenty of the stuff around. The only real shortage is one of common sense.

Mr Shapps blames the Road Haulage Association for leaking comments by BP executives about fuel supplies at a recent meeting. I expect he’s right, though the Government didn’t help last week by advising people not to panic. That helped stoke the hysteria sweeping the land.

What I strongly suspect is that some anti-Brexiteers in business and the media are doing their utmost to blame our troubles on our leaving the EU, in the hope that a short-term difficulty may turn into a full-blown crisis that can be attributed to Brexit. 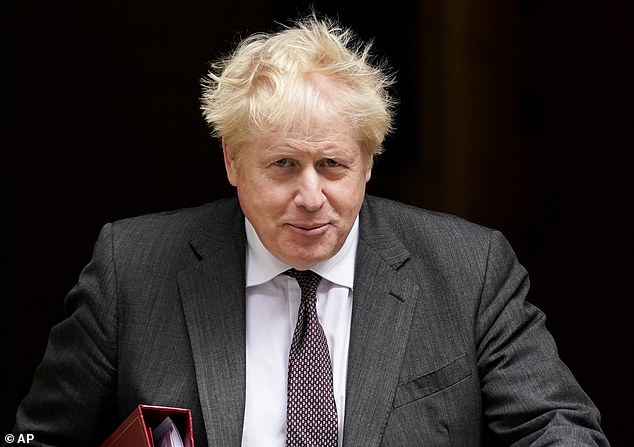 The Government plainly has a lot of thinking and planning to do if we are to cope with future gas price increases and shortages. But I repeat that it is absurd to try to pin the blame for our present woes on Mr Johnson

The country faces two main short-term problems. One is the soaring wholesale price of gas, which is affecting the whole world and has nothing whatsoever to do with Brexit.

The other is the relative scarcity of lorry drivers, also experienced by several EU countries. Brexit is certainly one cause but there are many others, and it is childish to try to blame everything on it.

Let’s look at gas first. I’m afraid spiralling costs are going to lead to higher bills for us all, which will mean an unhappy winter for some, particularly if it is a cold one.

But all this Boris-bashing is misguided — and I say that as someone perfectly happy to bash him when he deserves it. It is not his, nor the Government’s fault that gas prices are going through the roof.

A fair criticism is that previous administrations made poor decisions about our energy supply. One was to reduce our dependence on coal power stations from about a quarter ten years ago to close to zero, without securing enough dependable alternatives.

Only 2 per cent of the UK’s energy now comes from coal, compared with about a quarter of Germany’s. Of course coal is dirty and polluting, but it was reckless to get rid of it until reliable replacements such as new nuclear power stations were in place. 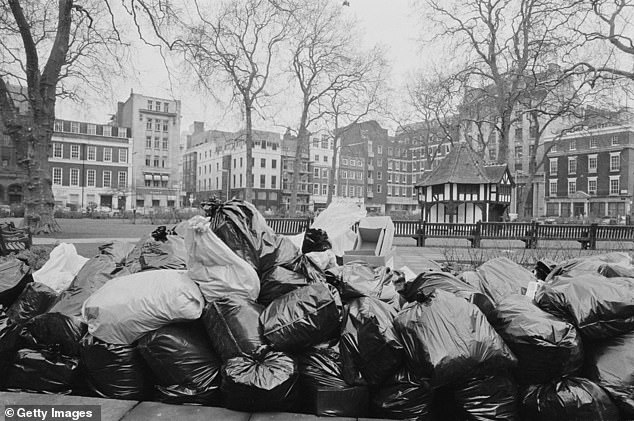 I can remember the original 1978-79 Winter of Discontent — public-sector strikes orchestrated by rampant trade unions, rubbish piling up in the streets, gravediggers downing their shovels. And inflation at over 8 per cent

So the Government plainly has a lot of thinking and planning to do if we are to cope with future gas price increases and shortages. But I repeat that it is absurd to try to pin the blame for our present woes on Mr Johnson.

As for the dearth of HGV drivers, which has led to bare supermarket shelves and the panic-buying of petrol, there are several causes. The Covid pandemic has encouraged some drivers to give up, while potential recruits have been prevented from training.

Low wages and poor conditions (such as sleeping the night in lay-bys), tax increases in April for some freelance workers and the astronomical costs of becoming an HGV driver are other factors.

And, yes, Brexit has played a part; but one nothing like as big as the Government’s gleeful critics pretend. The Office for National Statistics says that before the pandemic there were 37,000 EU drivers in the UK. There are now about 24,500, which amounts to a drop of 12,500.

But there is a shortage of more than 100,000 drivers in this country, out of a pre-pandemic total of about 600,000, according to a Road Haulage Association survey of its members. So there are many more factors than Brexit.

Moreover, the Government has acted swiftly in agreeing to hand out 5,000 special visas to EU lorry drivers, though whether it will succeed in attracting them while there are so many shortages in Europe remains to be seen. Poland, once an EU source of drivers, has an even bigger shortfall than Britain.

So unreasonable has the debate become that the Government is mocked by its critics for relaxing visa rules in what is allegedly a climbdown from the principles underlying Brexit. It’s not true.

Sensible Brexiteers never argued that we wouldn’t need foreign labour in the future. The justification was that we would be able to control our own borders by regulating immigration. Letting in 5,000 temporary lorry drivers — if they come — doesn’t offend against that proposition.

What must end is the ceaseless supply of cheap foreign labour, which for years depressed the wages of British workers, not least lorry drivers. Many road haulage businesses got used to depending on low-paid Eastern European workers, and they are finding it hard to kick the habit. 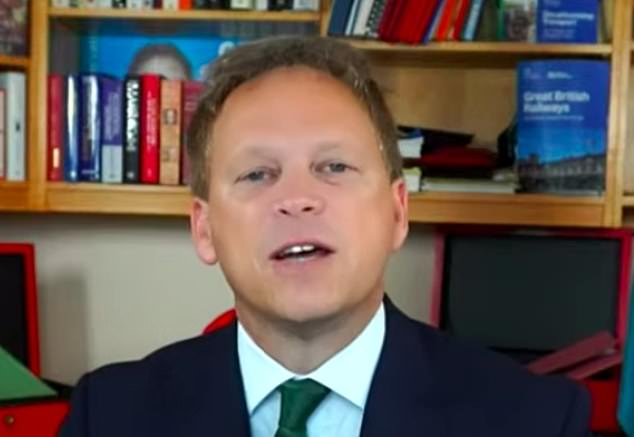 What have we now? Some panic-buying of petrol which, as Transport Secretary Grant Shapps pointed out yesterday, is a ‘manufactured’ crisis as there is plenty of the stuff around. The only real shortage is one of common sense

That is why Boris Johnson is right to urge firms to increase lorry drivers’ wages. If they are prepared to do so, some of the tens of thousands of retired HGV licence-holders could be tempted back.

All this will take time to fix — though probably less time than developing a more joined-up energy policy which will leave consumers less at the mercy of sudden increases in gas prices.

I don’t deny it will be a difficult winter for some, though the petrol crisis is utterly confected. The Government may have to introduce special measures to help poor people affected by the price of gas.

But what is happening, and likely to happen, shouldn’t be compared to the Winter of Discontent even in the wildest fantasies of inveterate Remainers looking for any weapon with which to beat Boris and Brexit.

If you don’t believe me, listen to Joe Haines, press secretary to Harold Wilson from 1969 to 1976.

This period covered the two years from March 1974 when Wilson’s Labour administration was beset by strikes and rising inflation.

In a letter to The Times on Saturday, Mr Haines recalled ‘miners on strike, darkened streets, soaring unemployment and staggering wage inflation’.

He remembered the effects of the oil-price hike and ‘the railwaymen’s union’ rejecting a 33 per cent pay rise.

Mr Haines’s point is that our present trials and tribulations, though not negligible, pale into insignificance in comparison with those of the 1970s which culminated in the Winter of Discontent.

He’s right, of course. We are a long, long way from those awful times. That’s not to say I have unbounded confidence in the Government’s competence. I don’t. Nor is Boris Johnson half as focused as Margaret Thatcher, the Tory prime minister who eventually saved the country from being an economic basket case.

But let’s restore a sense of proportion. Away with hysteria. And beware of those who, in trying to heap blame on the Government, are really fighting old battles about Brexit.