Ipp, who died earlier this month, was a firm believer in the principle that "sunlight is the best disinfectant", popularised by US Supreme Court justice Louis Brandeis. Before he died, Ipp argued public hearings were one of ICAC's strongest weapons in rooting out malfeasance. 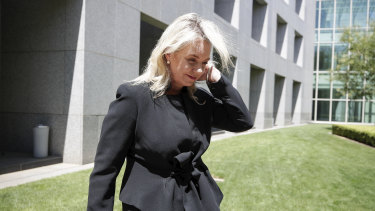 And like Ipp, Charles believes it is critical for the public to be informed of the conduct public officials undertake in their name through at least some public hearings.

Public hearings and an ability to root out corruption in a broad sense may be ICAC's greatest strengths in the minds of its advocates, but they anger its detractors equally. Liberal MP Jason Falinski has called ICAC a "kangaroo court" that trashes the reputations of the innocent by bringing up surprise evidence and giving people too little ability to defend themselves.

"We're going to bring people in front of the crowd, we're gonna tell you everything that they did wrong, we're not going to give them an opportunity … to defend themselves or to mount a defence," Falinski said. "And the crowd can then extract justice."

He claims the media enjoys the headlines ICAC generates too much to pay enough attention when people investigated by ICAC are subsequently acquitted of criminal charges. Falinski would like the commission abolished and replaced, not extended in that form to the federal level.

Labor has not outlined its preferred federal ICAC but has laid out some principles, including transparency, which would mean at least some public hearings.

Dreyfus agrees sections of the press can go overboard in their scrutiny of bit players at corruption inquiries who give factual evidence, but argues that is not inevitable. "It's something that the commissioners I think can deal with," he said.

Tim Hale, a QC who has appeared before ICAC representing the targets of its investigations, is not so sure. Unlike when ICAC was established in 1988, he also argues the ends do not justify the means.

"Back in 1988 there was corruption in NSW, systematic corruption and there was a strong feeling in the community … that something had to be done about it.

As Labor ramps up its attack with a growing list of examples from the federal arena, Hale's claim is likely to be further tested.