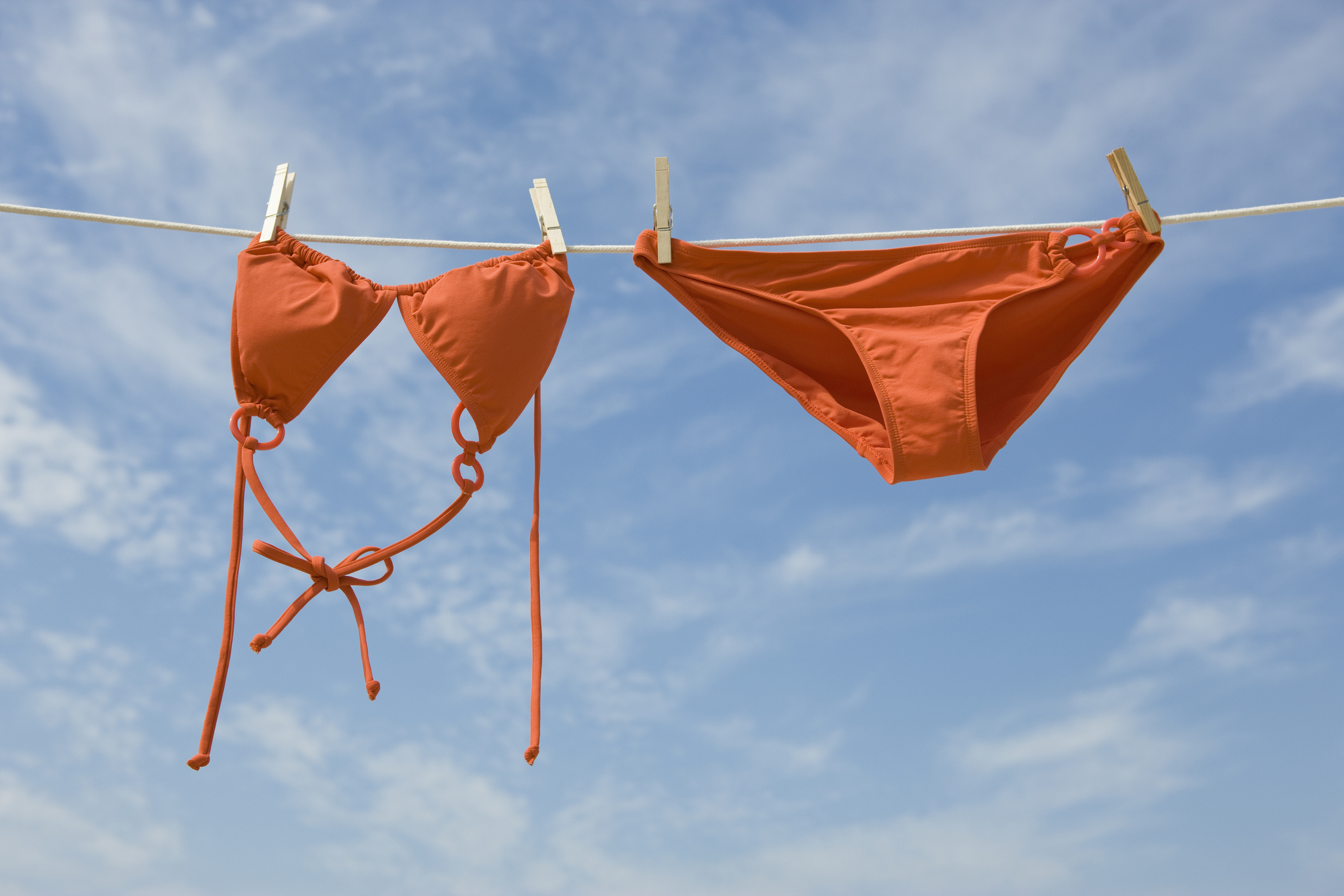 Selling used underwear can be a lucrative business, with the internet allowing you to match up with panty fanatics who want to buy.

Income can vary, but it’s possible to make thousands from simply wearing underwear and sending it off without washing.

One thing a number of people in this unique business do say, though, is that to make the big bucks you need to be open to requests and offer a niche market.

For some it may be incorporating fetishes like feet into their pictures, or for others it may be their backstory or hobbies that get buyers interested.

Used-item-selling platform Sofia Gray saw a whopping 67% increase in buyers over the summer months so far, noticing many have been flocking to the site to buy bikinis, tankinis, and swimsuits.

Tatiana, one of Sofia Gray’s top sellers, says that this summer one of her main requests has been used bikinis, partly because they ‘hold scent’ more than traditional cotton undies.

She got into the industry during university to make some additional income, saying: ‘I’d never done anything like it before but I was shocked a how much money girls were making from it.’

Typically, Tatiana charges £50 for underwear worn for 24 hours, although there are extra costs for special requests. Her average income is £1,400, going up to about £4,000 in busier periods.

For her, this busy period comes in the summertime, as customers ask to buy used bikinis instead.

‘Everyone obviously wears a lot less in the hot weather and I think that gets the imagination flowing for a lot of men,’ says Tatiana.

‘My biggest difference in the summer months would be bikini requests, with men wanting used swimwear. My biggest seller would be red or purple bikinis.’

Many people who buy on the platform seem to enjoy the idea of how and when the items were worn, with the fantasy being just as important as the product their receive.

Tatiana says: ‘Swimwear is sexy. It’s different to underwear as it feels a lot more fun and energetic – they definitely play into that holiday fantasy.

‘Whether it’s a holiday romance, or just laying round the pool, it’s a carefree feeling. The material also tends to be a lot better at holding scents, which is appealing to a lot of men who want a different kind of summer smell.’

The bikinis are worn for the standard 24 hours unless customers ask for longer, and they can also ask for specific items to be worn and sent.

‘I take requests for different types of bikinis whether that’s shape or colour,’ says Tatiana.

‘Red seems to be very popular this year!

‘I think in general though, connecting with your buyers and forming a friendly relationship is key to success.

‘It’s not just about the items, it’s about the conversation and connection for many people. I also like to offer videos and pictures of me wearing the bikinis as this gives a little extra to the customer.’