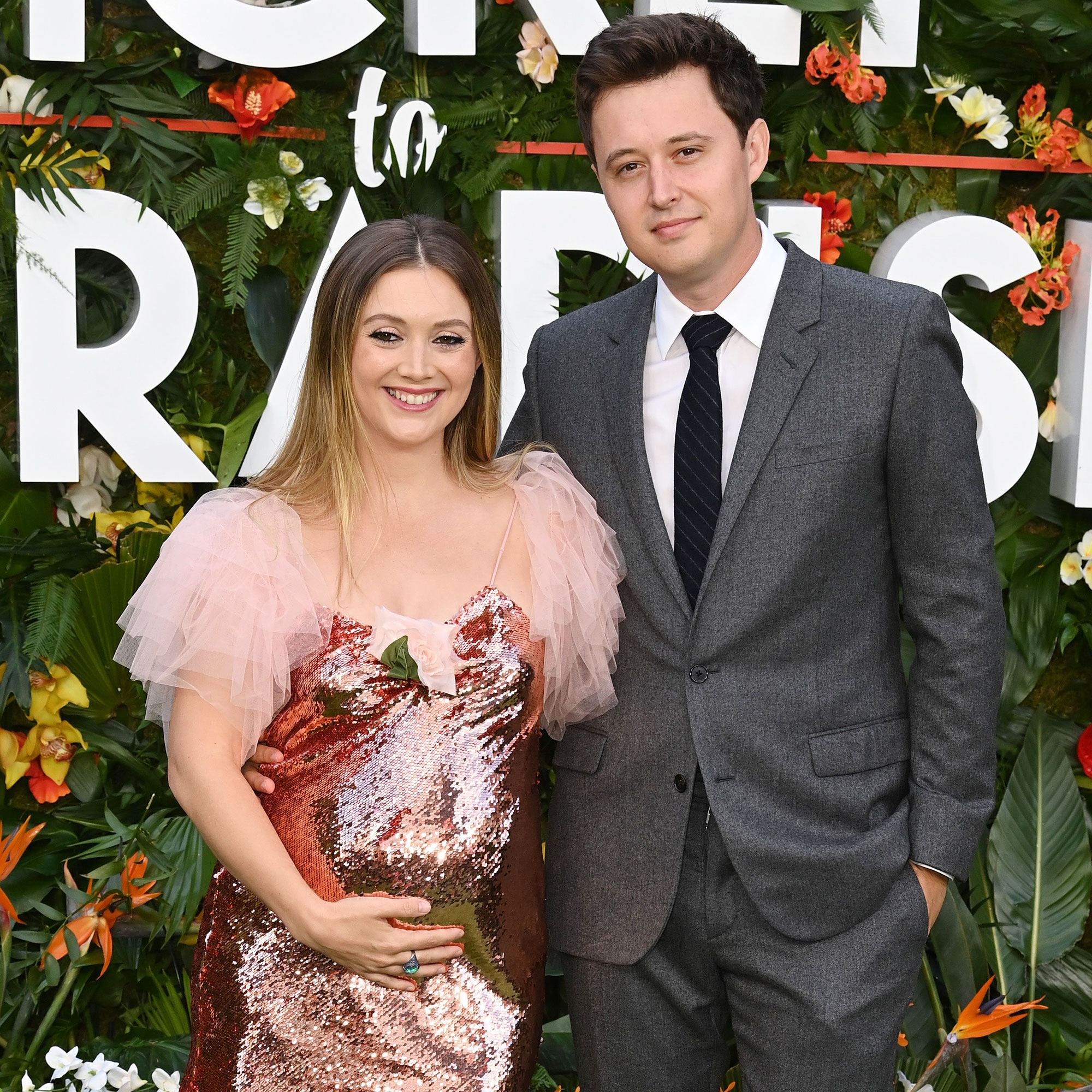 Baby on board — again! Billie Lourd is pregnant with her second child, debuting her baby bump at the red carpet premiere of her movie Ticket to Paradise.

Celebrity Pregnancy Announcements of 2022: See Which Stars Are Expecting Babies

The Booksmart actress, 30, stepped out for the big event in London on Wednesday, September 7, with husband Austen Rydell. While posing with her beau on the carpet, Lourd cradled her growing baby bump, which popped in her shimmery pink frock. Rydell, 30, gazed at the American Horror Story alum with pride as they smiled for the cameras.

The former Scream Queens star previously announced in September 2020 that she gave birth to a baby boy. “Introducing Kingston Fisher Lourd Rydell,” she captioned the Instagram reveal at the time, sharing a photo of her son’s feet.

Lourd kept her pregnancy under wraps, sharing more details about her path to motherhood after Kingston’s arrival. “He is an angel. He’s the king. The most demanding, tiny boss a gal could ever have,” she gushed of her little one during an Instagram Live chat in November 2020. “It’s wild. No one has ever liked my boobs this much in my life.”

The following year, she reflected on how her pregnancy took a toll on her health, writing in an Instagram Story that the first trimester wasn’t easy. “But you get through it and it’s beyond worth every second of weird moods / acne / all that fun jazz when your little human arrives,” she recalled in February 2021, adding that she craved ice cream the “most” while expecting Kingston. “But then I had a lil gestational diabetes scare so then it was beets? Random I know but that’s pregnancy vibes for ya!”

The California native, who is the daughter of the late Carrie Fisher and granddaughter of the late Debbie Reynolds, previously denied that her son was a “quarantine baby,” joking about the many families that were expanded during the COVID-19 lockdown. “Kingston was conceived before quarantine. He’s technically just a Caribbean baby,” she told stepfather Bruce Bozzi in January 2021. “I got to keep it to myself, and only my family knew and nobody else knew.”

Staying private about her pregnancy journey made it all the more special for Lourd. “Everyone was so surprised when we posted that little picture of his feet, and it got to just be something I shared with the people I loved the most, which was so incredible and made my pregnancy so magical and wonderful, which I did not expect it was going to be,” she continued. “But it turned out to be the greatest experience.”

This year has been full of happy milestones for Lourd and Rydell, who got engaged in June 2020 after dating on and off for four years. The couple tied the knot in Mexico in March.

“Billie and Austen’s wedding weekend is over, which is so sad because it was the most fun,” fellow AHS alum Leslie Grossman wrote in an Instagram Story at the time. “I won Best Dressed, OK? I may have bribed the judges, I may have done whatever I needed to do to get this trophy, but I got it.”