How’s this for a bonding experience?

“She’s kind of soft-spoken and she can be a little shy as well. But she loved doing it,” Strack continues. “So it wasn’t like, ‘I don’t want to be here.’ She was pretty forthcoming and wanted to do whatever we could do.”

The 19-year-old Porter’s debut on Wednesday night’s episode featured her dishing over the latest in her life at college during a scene with Stracke, 49, and her co-star Lisa Rinna, filmed at Kyle Richards’ old house.

Stracke says the show also filmed her bringing Porter back to school at the College of William and Mary in Virginia — where she is double-majoring in history and French — which ended up being an emotional day for them.

Stracke explained, “Because of the COVID thing, she was home for a long time … she got comfortable being home again. So it was almost like taking her back to school all over again; she was very sad. And I was too.

“I think she didn’t want to be sad on camera. So she was a little angry with me about that because I didn’t know that she was so sad to leave home,” Stracke adds. “Then I saw it and I was like, ‘Oh gosh.’ But it is what it is. I think that it’ll be like this bittersweet moment. Who knows if we’ll see it or not, but for us, I will always remember that moment.” 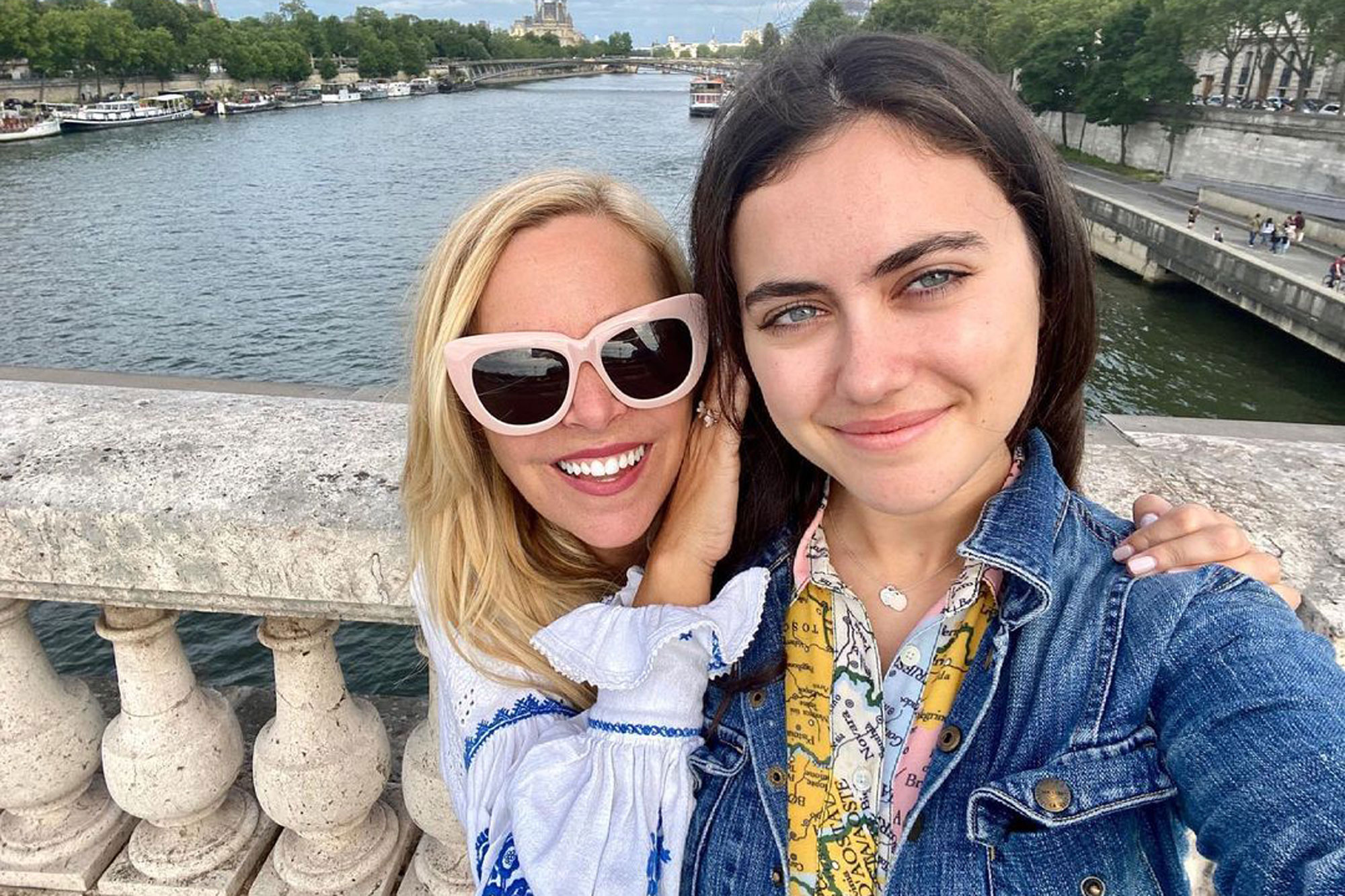 In Wednesday’s episode, Porter told Rinna, 58, that she had trouble making friends at first but joined a sorority, which “helped a lot.” As it turns out, she rushed the same sorority — Kappa Kappa Gamma — that Rinna did during her one semester in college.

Sutton previously claimed that her ex-husband Christian was adamant against their children filming for the Bravo series, which led to her demotion to a “friend role” last season. (The couple also shares sons, Philip and James.)

“My ex-husband just was adamant that they could not film with me and I totally get it,” she said in May 2020. “It was hard. It was a hard blow because, you know, it’s exciting to do. And I wanted also viewers to see me with my kids and me at home.”

Stracke elaborated, “It’s the softer side, I think, of all of us. When you get to see all of the ladies at home with their kids and their families … it’s the soft underbelly of who these women are. And I’m sorry that we can’t see that this season.”

“The Real Housewives of Beverly Hills” airs Wednesdays at 8 p.m. ET on Bravo.